Why Scour is not the new Napster

Dan Rodrigues defends his multimedia search engine, even as it faces a nasty lawsuit. 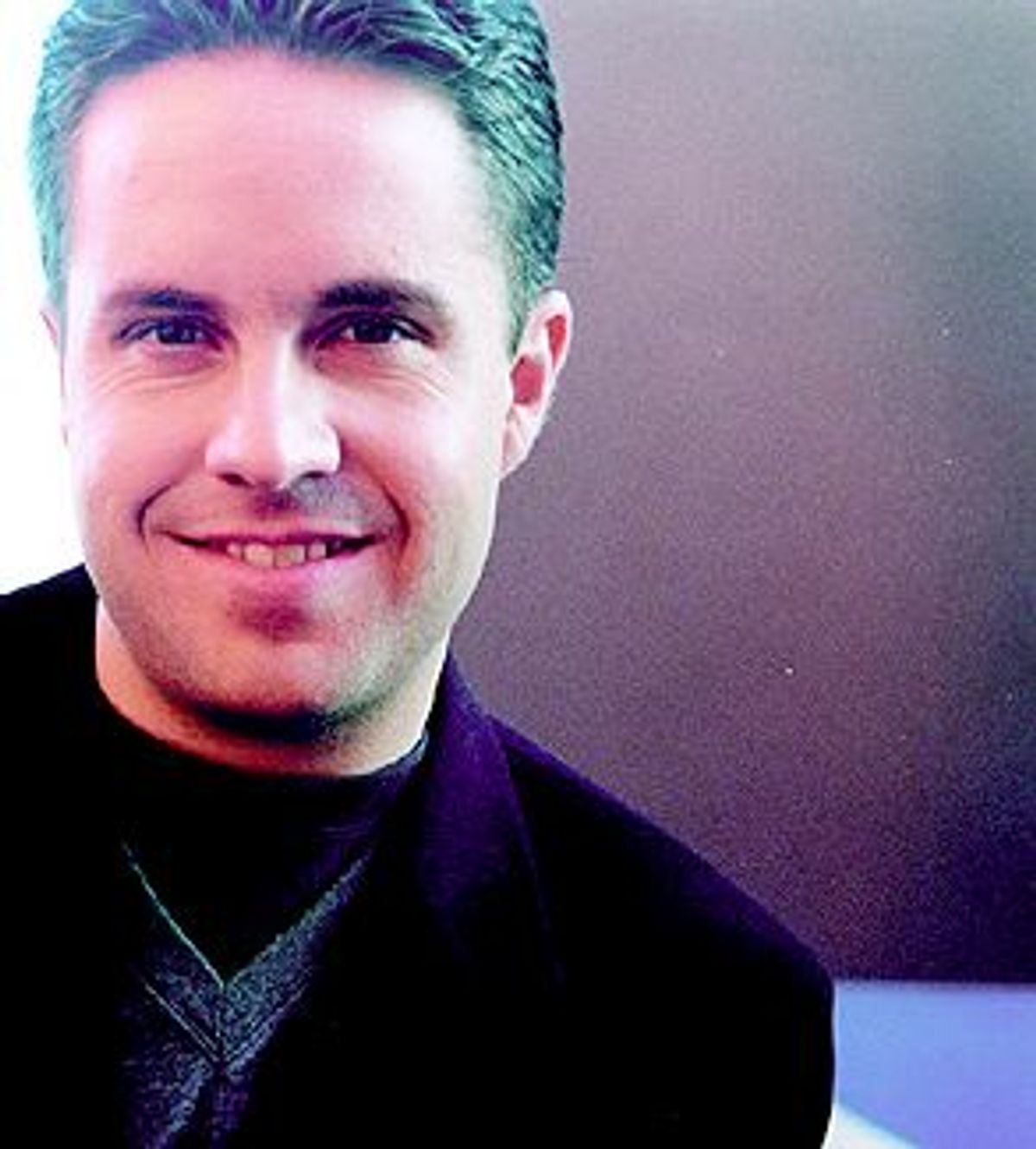 At 24, Dan Rodrigues lacks the experience of a seasoned executive, and since he dropped out of UCLA's computer science program during his senior year, you'll find no fancy degrees on his risumi. But who cares? As president of Scour.net, Rodrigues stands at the helm of a second-generation Napster, a search engine and file-sharing service for music, videos and software, that has already drawn millions of users and the attention of Hollywood mega-agent Michael Ovitz, who now owns 25 percent of the Beverly Hills company.

Rodrigues, of course, denies this claim. Scour began two years ago as a college project, a search engine, nothing more. "We were on broadband connections in the dorm rooms in UCLA, and once our Web pages moved a little bit faster, what did we want to do online?" he asks. "Typically, we wanted digital music and multimedia content. So we built a search engine to find that."

Rodrigues says Scour has reached out to the entertainment industry with the goal of creating a business model that serves copyright-holders as well as consumers. But trying to balance these two forces has already proven difficult and, at times, confusing.

During the week of July 20, you had meetings scheduled with BMG and other record labels -- then the RIAA and MPAA sued. What happened? Did the lawsuit come as a shock?

Well, we had 27 plaintiffs in the lawsuit against us, so that was obviously a ball that got rolling before we were served. But from our perspective it was a surprise. We came with a fundamentally different philosophy to these guys and we said we really want to work out a business solution because there's this huge consumer demand here that it only makes sense to harness. That was our intention, and we would have preferred to sit down and work out a business relationship and work out a business strategy. But litigation was their approach -- we just hope it's part of the negotiation process. We hope they'll meet this consumer demand.

After all, our intention wasn't to be antagonistic and launch a wholesale attack on the industry. Rather, we think we've created this great technology that's in its infant stage, and that there's this huge potential to marry the technology with the content, and even prior to the lawsuit that was our intention. We're continuing down the same track; we want a business relationship. We think that's a better solution than any solution that's going to be imposed by the courts or Congress.

Are you still meeting with them or have things chilled?

We have ongoing discussions with a number of the plaintiffs in the lawsuit, both on the music and motion picture side.

We're talking to all the major record labels, but again those are ongoing discussions and there's really nothing substantive to announce right now -- but I do believe we're making progress.

Then you're both fighting and hoping to make up at the same time?

There are two tracks that are going on. From the legal perspective, we think we did a lot of homework before we launched the product, and we made sure we launched a product that was legal. At the same time, we plan to have ongoing discussions with these companies. We think that makes the most sense.

Have your usership numbers grown since you were sued?

Well, from before the lawsuit to a week after, we grew our user base by 100 percent. Currently, there are about 70,000 users online sharing almost 5 million files at any given time. We've had about 2.5 million downloads of the application.

So in the short term, this case has helped you. But in the courts, new technologies seem to be losing the copyright battle. First, there was the Napster injunction, then just last week the movie industry won a victory with the DVD trial, where a judge prohibited the distribution of a DVD-cracking program called DeCSS. In the long run, what do you think will happen if Scour loses?

Well, if you look at the lawsuit against us, you'll see that [the movie and music industries] are not only bringing into question Scour Exchange; they're also bringing into question our multimedia search engine to the Web. So a bad result for Scour would have huge repercussions for all kinds of Internet businesses including Google or AltaVista, which also can be used to find music and video files.

What exactly are the differences between Scour and Napster?

One is that we're not specific to music. We're all multimedia content. And we've been driving licensed content from the day we launched the Scour Exchange application. It's called the 'SX Now' view, which has licensed content from more than a dozen content providers with whom we've established relationships so far.

We're also not limited to community hard drives; you can search the whole Web as well. And another one of the distinctions between Scour and Napster is that we've designed a very robust and scaleable back-end architecture that allows every user in the community to see all the other users in the community. With Napster, the network isn't connected. There are a couple hundred servers that make up the Napster community, you connect randomly to one of them and you can only exchange files with users that are also logged into that server. With Scour Exchange, we designed it from the ground up to support millions of users sharing tens of millions of files.

It's basically a server farm that's connected in a hierarchical fashion; it's kind of like a tree structure where users connect at the lower spectrum of the tree and the tree structure provides the capability for every server to speak to every server.

So that means I can tell my friends to go online at the same time and be assured of having access to their files -- something that's not available through Napster. But what's your legal defense. How will you separate yourself from Napster in court?

We've already had experience with the Scour search engine long before Scour Exchange in terms of what search engine tools providers are responsible for in regard to copyright.

Even given that experience though, legal compliance was part of the Scour Exchange product development process. At the beginning of this year we brought on a guy by the name of Craig Grossman as our general counsel. He worked with a number of the leading copyright experts in the country when we were designing the service to make sure it was legal.

So we comply with all applicable laws including the Digital Millennium Copyright Act. If you look at that law, it's very clear what a search tool provider has to do. We're obliged to provide a process for copyright holders to notify us of infringing links, then we take down those links.

We also track repeat copyright infringers. We have a three strikes policy and we kick users off in the event that they're repeat infringers. So the procedures are very clearly outlined in the DMCA. We've been following those procedures from day one, so we very much believe we're offering a legal service.

Still, despite the legal and technological differences, Scour is still a file-sharing service that looks a lot like Napster to the everyday user. Is that where you got the idea, from Napster?

Some of the concepts of Scour Exchange are pulled from the file-sharing concept that Napster innovated. But Scour Exchange is a lot more than just the capability to do file exchanging. In fact, it was the next version of a program that we've had on the Scour Web site called the Scour media agent. It was a download manager that worked with the Web site. We built upon that idea and user base.

And what's being traded through this service?

We don't have that information. We have user numbers and how many files, but we don't track exchanges from one user to another.

Let's move from law to business. How does Scour plan to make money?

What we've talked to the record labels about is a model where we could operate in a licensing environment, providing users premium offerings that aren't available now. We could then get users to pay for that type of service. So while I can't go into the specifics, we have identified a model that allows us to monetize Scour's activity, and allows us to take the Scour Exchange -- which is a raw search engine technology now -- and transition it to being a distribution platform for content that would let us identify what's being traded, provide some means of security and ultimately pay royalties to content owners for the use of their work. We think it's a great business model that can be profitable and that can work.

Then why didn't you put that in place from the start?

It goes to our history. We founded the company on the notion of being a search engine for multimedia and that's what we've provided.

What we're seeing now is that there's enormous potential for taking that and putting a closed, licensed model around it, but that's somewhat of a transition.

Of course, if you move to a closed model though, you won't do anything to stop the millions of songs that are already available. How can Scour compete with free, non-licensed services like Gnutella or FreeNet?

The key is to provide consumers a level of ease-of-use and premium offerings that they're just not going to get anywhere else -- the kind of things [like lyrics, photos of the band and live shows] that you can only do when you have relationships directly with these companies. That's the challenge, but it's definitely overcome-able.

Does it surprise you how heated this issue has become?

In a lot of ways the entertainment industry is not seeing the forest for the trees. If you take a step back, it's easy to see that there's a huge opportunity here. Why not sit down and try and figure out a way to make it work?

But history has shown that the entertainment industry reacts very predictably to any type of new reproductive technology. The same thing happened with the copy machine, the VCR, the audiocassette recorder, the Diamond Rio. Whenever something new comes out, the entertainment industry argues that they're going to suffer. But every time, their businesses end up becoming bigger businesses as a result of these new platforms.

So are we surprised that they're not quick to identify and embrace the opportunity? Yeah, but at the same time, this is predictable behavior for these companies. We just hope they'll realize that a business solution is the best solution.