As the case crumbles 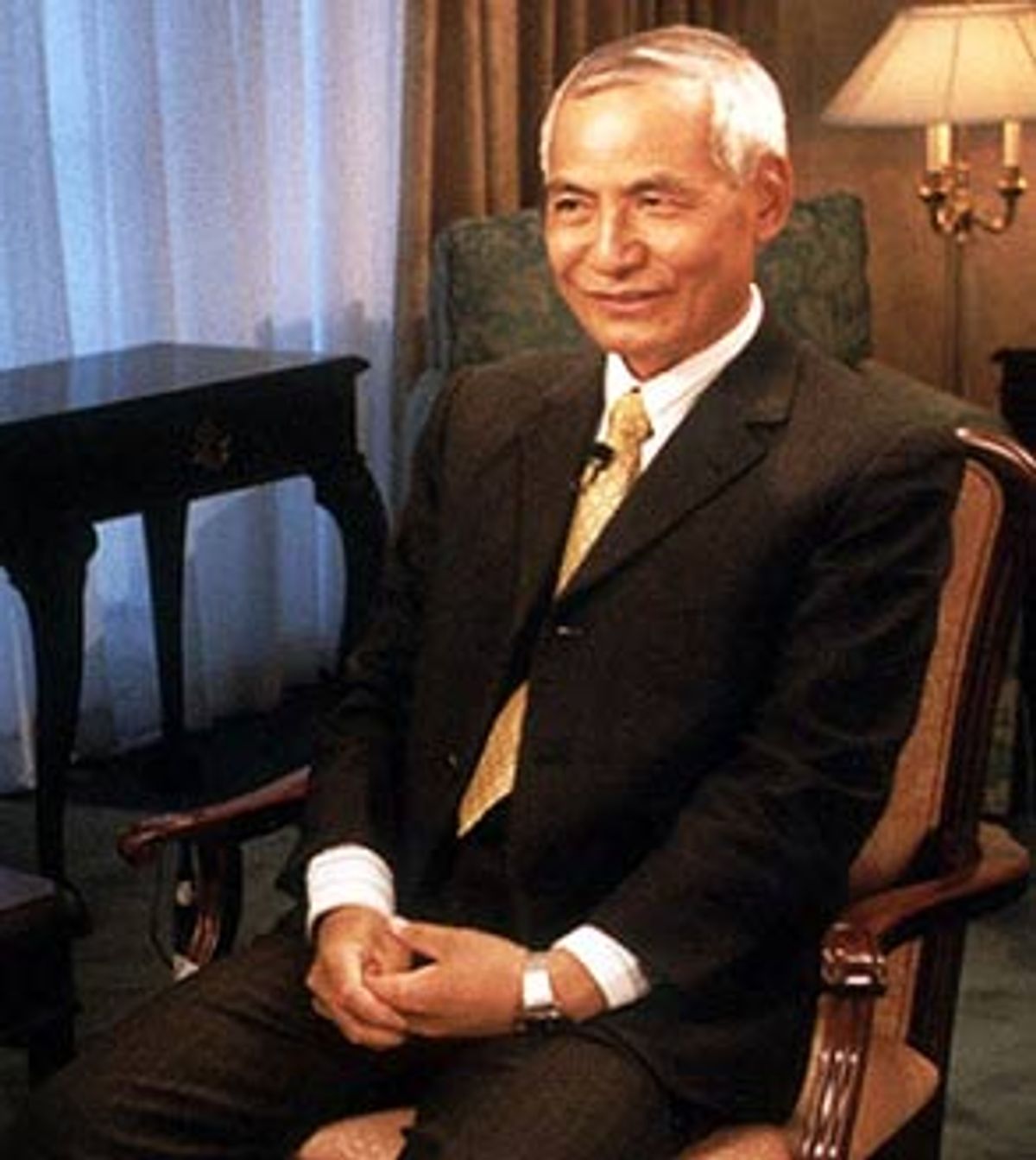 After eight months in jail, nuclear scientist Wen Ho Lee will be released as early as next week on $1 million bail, and allowed to return to his home. After months of hysteria over Chinese nuclear espionage, the man at the center of one of the biggest spy scandals since the Rosenberg case in the 1950s won't even be charged with spying.

Federal District Court Judge James A. Parker ruled Thursday in Albuquerque that the case against Lee "no longer has the requisite clarity and persuasive character" necessary to justify keeping Lee behind bars until his trial starts in November. Lee has been held in solitary confinement since he was indicted on 59 counts of mishandling nuclear secrets. Parker's decision represents a major blow to government prosecutors, who had convinced the judge in December that Lee posed enough of a danger to national security that he should be kept behind bars.

"As supporters and friends of Wen Ho Lee, we delight in the fact that very soon he's going to be going home and not have to deal with this humiliating treatment of shackles and chains," said Cecilia Chang, spokesperson for the Wen Ho Lee defense fund. "Obviously it's not over yet. But to all of his supporters this is a relief because we do believe that the justice system should give him due process."

Scholars and scientists who have been following the Lee case also welcomed Parker's reversal.

"The way I see it, the prosecution overreached and will suffer for it," said Stephen Aftergood of the Federation of American Scientists.

"Lee's alleged downloading of weapons-related information is extremely alarming and the government's concern was entirely legitimate," said Jessica Stern, a senior fellow at Harvard's Belfer Center for Science and International Affairs. "But some officials appear to have panicked in response to the news. Their overreaction and mishandling of the case will ultimately damage national security."

During a three-day bail hearing this week, it was revealed that government prosecutors had misled the court. Weapons experts testified that the information Lee is said to have downloaded was of little value to foreign powers, and that the data wasn't so sensitive or secret as to be "of a caliber where hundreds of millions of people could be killed" if leaked, as lead prosecutor George Stamboulidis had warned earlier in the week.

Lead FBI investigator Robert Messemer also admitted to Judge Parker that previous statements he had made in court about alleged deceptions by Lee were incorrect. (Messemer had previously testified that Lee had lied to a coworker by asking for password access in order to download a risumi. But the coworker told the FBI Lee had simply asked to download data files.) Nor have prosecutors presented any evidence that Lee handed over any information to any foreign powers.

But Lee isn't out of the woods yet. When his case goes to trial in November, the scientist will face strong evidence that he violated important security procedures, flagrantly and repeatedly, by downloading classified information about nuclear weapons from secure government networks onto his home computers. Seven computer tapes allegedly containing information the scientist downloaded are still missing; Lee claims he destroyed them.

So far, the prosecution has failed to gather enough evidence to show that Lee committed these indiscretions with the intent of sharing nuclear secrets with the Chinese government. The difficulty of proving such charges was illustrated at a hearing in early July, when prosecutors admitted his security infractions were partly a matter of his hunt for a new job.

Evidence presented by the prosecution suggests that Lee had been seeking government positions in Australia and Switzerland -- a job search that wouldn't be highly unusual given the international demand for nuclear scientists.

Lee now sits in a maximum security prison in New Mexico, cut off from contact with anyone but his lawyers and family. During the one hour each week he is allowed to visit his family (through glass, with government agents sitting in the room), he is bound in shackles at the wrists and ankles.

When he returns to his New Mexico ranch-style home, Lee will be closely monitored. He will have access to one telephone line, wiretapped by the government, and will not be permitted to use any electronic devices, including computers. Only his wife, Sylvia, will be permitted to stay with him. Other family members may visit during the daytime, but only after arranging visits with government officials.

The way the government and the media have handled the prosecution of Lee has also taken on a serious racial dimension. Supporters say Lee, born in Taiwan and naturalized as a U.S. citizen, was singled out because of his ethnicity, and ensuing protests over "racial profiling" by the federal government have led to a brain drain of talented nuclear scientists of Asian ethnicity from national laboratories. Lee's daughter, Alberta, has spearheaded protests against what she sees as racist scapegoating of her father because he is an Asian-American.

On Wednesday, a New York Times editorial called for Lee to be released on bail because the "integrity" of the prosecution's case had been weakened by the latest disclosures. The Times was one of several papers across the country, including the Los Angeles Times and the Chicago Tribune, to call for Lee's release. But the editorial didn't mention the Times' own role in the Lee saga -- a special report on Chinese espionage in March 1999 that all but indicted Lee.

Although his name was never mentioned, the story continually characterized him as a "computer scientist who is Chinese-American," as a "suspect ... who 'stuck out like a sore thumb'" -- because his wife had presented a speech to a Chinese conference on computers, and because he had taken a work-related trip to Hong Kong -- and as having failed a lie-detector test administered by the FBI. (Later that year, it was revealed that Lee had in fact passed the polygraph, and that the FBI had told Lee he had failed, possibly in order to intimidate him into revealing more information about his conduct.)

The hook for the story was the fact that China had somehow gotten hold of the plans for the compact W-88 warhead. In a special report by James Risen and Jeff Gerth, the Times documented a series of security leaks, and criticized the late detection of those leaks and the allegedly slow response by Energy Secretary Bill Richardson and others in the Clinton administration.

The major source for this story was former Energy Department counterintelligence operative Notra Trulock, a Republican who testified in Congress about the alleged nuclear theft, and later fueled the conspiracy rhetoric by comparing the alleged breach on national television to "the Rosenbergs-Fuchs compromise of the Manhattan Project information."

Within days of its first investigative story, the Times revealed that the scientist was Lee. But it soon became clear that no evidence existed to support allegations that Lee had supplied the Chinese government with classified information about the W-88. Further investigation revealed that the plans in question weren't even housed at Los Alamos, and that Lee couldn't have been the culprit.

Not surprisingly, the New York Times is now coming in for criticism, as well as the FBI. Los Angeles Times columnist Robert Scheer chided the paper for relying on the government's "lurid reports" in its initial story on Lee, and printing that Lee had failed the polygraph test which he'd passed. Scheer also blasted the government's handling of the case, saying it raised "the specter of a government out to crucify an innocent individual in order to placate congressional and media critics."

A hearing laying out the specific conditions of Lee's bail begins Tuesday.