Does how my kid jumps, skips and plays with scissors say anything about his academic future? 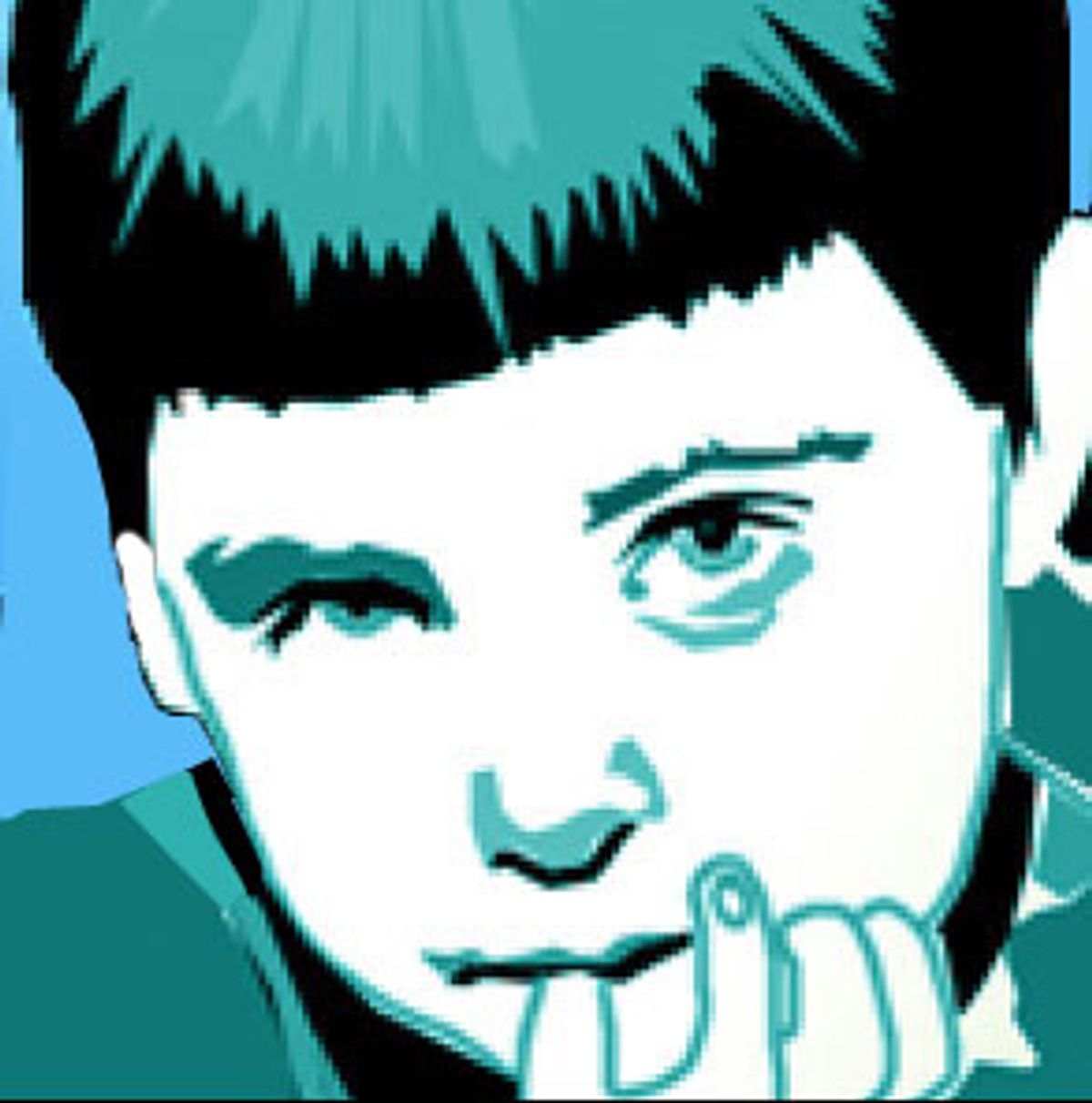 Last spring, my preschooler and I headed over to the big brick public school building down the street. There, after a brief introduction, a teacher he had just met led him to a room down the hall and administered a kindergarten "readiness" test that took about 40 minutes.

That same scene was repeated at thousands of other public schools around the country as kindergarten candidates were put through their paces -- hopping, skipping, galloping, wielding scissors and crayons, telling stories, providing one-word answers to analogies like "A bed is for sleeping and a table is for ________," printing their names, writing numbers and so forth.

Days from now, when we attend kindergarten orientation, my husband and I will finally get the results of that mysterious exam our son took months ago: Is our child "normal," "potentially gifted" or "at risk" of educational failure?

Most assessment experts agree that so-called readiness tests have error rates approaching 50 percent, making them the educational equivalent of a coin toss -- which would certainly be a faster, cheaper and more entertaining way to determine the futures of very young children. Even the more benign developmental-screening tests, originally designed only to refer kids who might need further evaluation, are now being used to come up with quickie, often quacky, diagnoses.

Everyone from the American Academy of Pediatrics to the National Association of Educators of Young Children has protested the tests' misuse, but most schools not only continue to give them, but also continue to behave as though the results were divinely inspired. "There are real problems with screening young children," says Gilbert Gredler, professor of psychology at the University of South Carolina. "There's quite a bit of error there, yet a lot of people assume there's no error at all."

In many ways, my family is lucky. Our suburban New York district doesn't use the test results to place children in "slow" or "developmental" classes, as many districts still do. Yet the test will invariably label our child in ways large and small, as will the information we were asked to provide on our registration form: Was the pregnancy "normal"? When did our child begin to walk? To talk? And so forth.

Questions like these -- some of which attempt to reach back into the womb to determine school aptitude -- are quite common. Like the screening tests, they are based on the well-meaning, but deeply perverse, notion that predicting school failure is the only way to prevent it.

Rather than wait for difficulties to emerge, a phalanx of early-intervention specialists -- speech therapists, occupational therapists, therapist therapists and special-ed specialists -- is ready to predict learning disabilities long before they actually arise. Of course, the flip side of this notion sounds like a Zen koan for the grade school set: If we didn't forecast failure, and then hit a child with the one-two punch of low expectations and less challenging instruction, would it have happened at all?

Kindergarten screenings have always been with us. But much of the current fuss about kindergarten readiness can be traced back to 1990, when a simple declarative sentence became Goal No. 1 of the Bush administration's much-ballyhooed Goals 2000: "All children will enter school ready to learn."

That sounded good. But alas, it turned out that no one really knew what "readiness" meant. Did it require a radical redistribution of wealth whereby all poor children would be entitled to the privileges and perks of a middle-class upbringing? Um, not exactly. With the best of intentions, the readiness mandate simply created an extra burden -- one that was conveniently shifted onto the child's skinny shoulders.

In many districts, the Gesell School Readiness Test gained new importance, becoming a kind of pre-K SAT, a gatekeeper exam for, of all things, public-school kindergarten.

Based on the work of Arnold Gesell -- a maturational psychologist who believed that development was a process that progressed in tiny, orderly and measurable steps -- the test was designed to rate a child across a variety of domains and then spit out a developmental age (D.A.) that could be compared with the child's chronological age (C.A.).

Gesell failed to consider environmental influences on children, and he created his test to be deliberately subjective, based largely on the perceptions of examiners trained by -- you guessed it -- the Gesell Institute. But this didn't faze its adherents one bit. Neither did what one researcher dubbed the test's "reverse Lake Wobegon effect": its darkly pessimistic view of children's abilities. In one upstate New York district, for example, 61 percent of kindergartners were sent to so-called developmental classes as a result of the Gesell exam -- until parents won a lawsuit to stop the practice.

And thus it became possible for children to do what was once unthinkable: flunk kindergarten before they ever got a tiny foot in the door.

Even when schools didn't rely on the Gesell exam per se, their misuse of other readiness exams, along with the growing pressure to raise standardized-test scores, gave rise to the idea that kindergarten children had to be not just 5 years old but |ber-5-year-olds, or what used to be known as "6-year-olds."

This led to the practice of "holding out" or "redshirting," in which middle- and upper-class parents choose to delay kindergarten for their children, usually boys, because of perceived cognitive, physical or emotional "deficits."

Unfortunately, when these grizzled pre-K vets, many of whom have a full three years of taking turns under their belts, finally do enter kindergarten, "they come to school and find out that the program is not sufficiently stimulating," says Samuel Meisels, professor of education at the University of Michigan and an expert on early-childhood assessment. "Then [parents] start to militate for more academic programs -- which is precisely what caused the problem in the first place."

Unlike Gesell, whose work is several decades old, most psychologists now view children's development as an erratic process -- a series of zigs and zags, leaps and bounds. So the child who is deemed delayed in one area may very well surpass his or her peers just a few months later without any intervention at all. Researchers who have studied the long-term effects of "holding out" have found that exposure to school itself -- the very thing that is being withheld -- is actually a major factor in spurring children's cognitive development.

A quick look at the Web sites for several of the more popular assessment tools -- such as the Dial screens, Brigance screens and Metropolitan Readiness Tests -- reveals not only that some come in stylish tote bags but also that their publishers use words like "fast," "easy to use," "reliable," "appealing," "colorful" "child-friendly" and even, gulp, "fun" to describe them.

Set aside for a moment the idea that brevity and reliability go together like, well, gross motor skills and intelligence. Exactly how much "fun" is it for a young child to be assessed? Is it a Chuck E. Cheese kind of fun? Or a "Let's go to the doctor for a checkup and hope to God there's a lollipop at the end" kind of fun?

A key ingredient of an assessment, nearly everyone seems to agree, is that the examiner establish immediate rapport with the child. In an age where everyone from Barney to Ernie has warned kids not to talk to strangers, this would seem to be no easy task.

On any given day, my own son's personality can change dramatically, as can his level of comfort with people he has just met. On screening day, I was lucky. He was charming, chatty and eager to show off. But last year one of his playmates, a bright but shy little girl, apparently had what I'll call a Bartleby day. Faced with the array of achingly child-friendly materials placed before her, she simply preferred not to play. That branded her at risk of school failure -- or so her parents were told. (She's doing just fine, thank you.)

Meisels, who believes that screening young children appropriately serves an important public health function, is nevertheless stumped by the practice of excluding parents from the sessions. "You wouldn't take your child to a pediatrician if you couldn't stay," he points out. If the objective of screening is to obtain accurate information, Meisels says, parents clearly need to be involved. "The parents can say afterwards, 'You know he really can do that -- it's just that he has a cold today, or he woke up late.' It is very important for parents to have that role. Very few are intrusive during the screening."

Instead, parents are sometimes the last to know about one. In a neighboring school district, a friend only learned that her son had been screened last September, when he came home and casually mentioned that "someone had taken him out into the hallway and told him to hop."

Given these abuses, why bother to screen at all?

"The major reason is prevention," says Meisels. "We can prevent problems that are at a low level of intensity from getting worse, and we can prevent secondary problems." But, he adds, in middle-class communities, children with developmental problems are usually identified well before it's time for kindergarten. "If you gave a valid screening test in a middle-class community," he said, "very few children would be referred."

That's not to say that some children won't have very real learning disabilities or experience other kinds of problems in school. But is there really something awful about letting difficulties emerge instead of betting -- with questionable odds -- that they might? Is it really all over by first grade? (In that case, maybe those tiny hands should just be put to work learning a useful trade.)

Or maybe, just maybe, we can strive to return that exciting, overwhelming first year at the big brick building into something like a grace period.

How's that for a national goal?