A scorching new HBO documentary relives the horror of the 1972 Munich Olympic massacre. 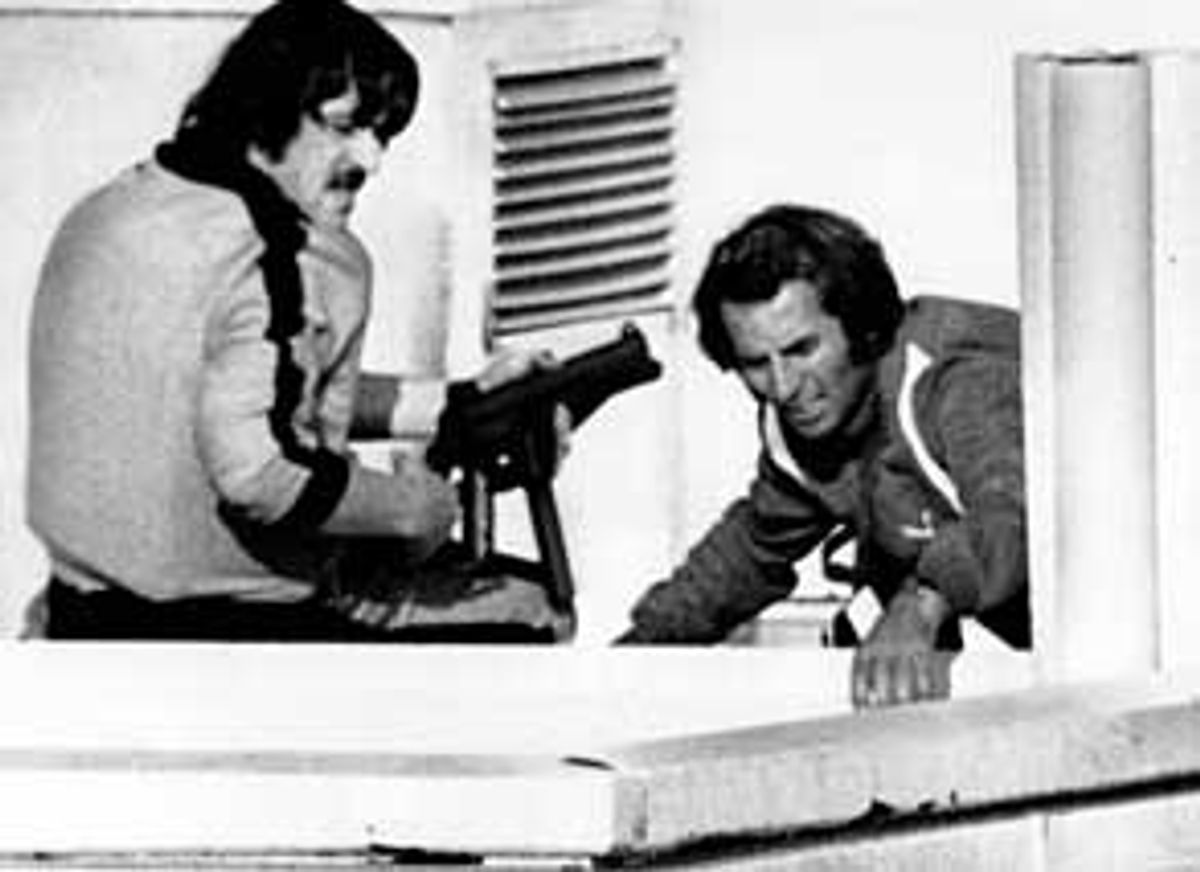 Sept. 5, 1972: In Munich, West Germany, it was the second week of an "Olympics of serenity" that had already made media superstars out of Olga Korbut and Mark Spitz.

But before sunup that morning, a group of armed Palestinian guerrillas from the Black September Movement jumped a fence and moved through the Olympic Village to the quarters of the Israeli squad. They killed two men who tried to resist and took nine other athletes and coaches hostage for 21 hours.

"One Day in September" is Kevin Macdonald's shatteringly intelligent documentary about how a cruel, quixotic plan to trade the Israelis for some imprisoned Palestinians exploded into surreal Grand Guignol. The standoff climaxed in a bloody firefight at a military airport and the massacre of the hostages.

This brave, incendiary movie, which will be shown Monday at 8 p.m. Eastern/Pacific on HBO, beat out "Buena Vista Social Club" for best documentary Academy Award last spring. Despite that, its HBO screening is the first opportunity for most people to see it. Last spring co-producer Arthur Cohn told the Los Angeles Times he thought the Oscar win would help him snag a distribution deal; but the New York Times recently reported that he had sold his movie to HBO for $1 million before the win.

"One Day in September" is really the story of how shallow the security forces were for the 1972 Olympics, and how confused and inadequate their response was to the onslaught of eight men with machine guns. That basic fact has been known for 28 years. But as Jeremy Irons' Claus von Bulow might have drawled, "You have no idea." "One Day in September" has the queasy comedy as well as the horror of a pratfall nightmare. You can't help thinking "Keystone Kops" every time you see the pathetic West German polizei.

Near the start, we learn that Olympic security guards were dressed like -- and were equipped like -- ushers at an Up With People concert. They patrolled the Olympic Village unarmed. In an irony that Stanley Kubrick might have found too cruel, Germans frantic to erase a Third Reich-inspired image of cold and brutal efficiency left their Olympic guests open to attack, and were helpless to deal with the attack after it happened.

One of the movie's many shocking revelations is that a police unit disguised as a flight crew abandoned the idea of ambushing the terrorists at the airport because they didn't feel properly trained and considered it a suicide mission. They retreated too late for the anti-terrorist strategists to compensate with a new plan.

German police had secured neither road routes nor radio communications, not even with the few snipers they had managed to deploy. The snipers were expecting five guerrillas, while international TV-watchers quickly learned there were eight.

The appalling mayhem at the airport defines the point where incompetence becomes immoral. Officials yearning to erase their country's history of genocide found themselves with Jewish blood on their hands.

"One Day in September" portrays human life sacrificed to public relations -- all under the banner of Olympian peace, love and understanding.

Let's hope the HBO showing adds to rather than diminishes this film's theatrical heat. "One Day in September" could be a hit at the megaplex. It's the most galvanizing Costa-Gavras-like thriller since Costa-Gavras himself made "State of Siege," and like that earlier hostage drama it brings fresh reporting to the screen.

Macdonald, brother of "Trainspotting" producer Andrew Macdonald (and grandson of grand old man of British cinema Emeric Pressburger), combines a fiercely kinetic, pinpoint editing style with a fearless appetite for information. His use of music, narration and interviews is so charged with purpose that even the grainier video images and blowups seem to show exactly what you need to see.

Macdonald's greatest coup is his interview with Jamal Al Gashey, the last survivor of the Munich terrorists, who provides hair-raising nuances to the story line. He says he watched a couple of Olympic volleyball games the day before the operation. Perhaps the most chilling moment of all comes when he says, "I'm proud of what I did at Munich."

But the movie also provides subjects for further research. The narration (spoken with pointed dispassion by Michael Douglas) states flat-out that members of the East German team helped the hostage-takers scope out the Olympic Village, yet the movie provides no interviews or facts to back up that claim.

It also contends, persuasively, that the hijacking of a Lufthansa flight two months after the massacre -- which resulted in the exchange of passengers and crew for the three Black September guerrillas, Al Gashey among them, who survived the Munich carnage -- was set up by Palestine and the Bonn government to take the terrorists out of German hands. The major source is an unfilmed interview with the Palestinian revolutionary Abu Daoud.

"One Day in September" doesn't just condemn how governments collude with terrorists and let wishful thinking cloud public planning. It also pillories the kitsch glamour and pseudo-heroic bromides that surround contemporary Olympics and obscure the valiance and fortitude at the authentic Olympians' core.

The movie has been criticized for sentimentalizing Israeli fencing coach Andre Spitzer, but his widow, Ankie Spitzer, is sharp and lucid and never begs for our sympathy. Without even trying, she makes the case for her husband as a true possessor of Olympic spirit. Precisely because fencing is such an aggressive sport, Spitzer used it to teach his students "to respect their opponents."

In 1972, the Olympic Committee had the games resume mere hours after a memorial service for the murdered Israelis. The purity of the Olympic ideal is restored only at the movie's close, when we see Olympic rings set in stone -- atop Andre Spitzer's grave.