Bush gets in on Hollywood-bashing 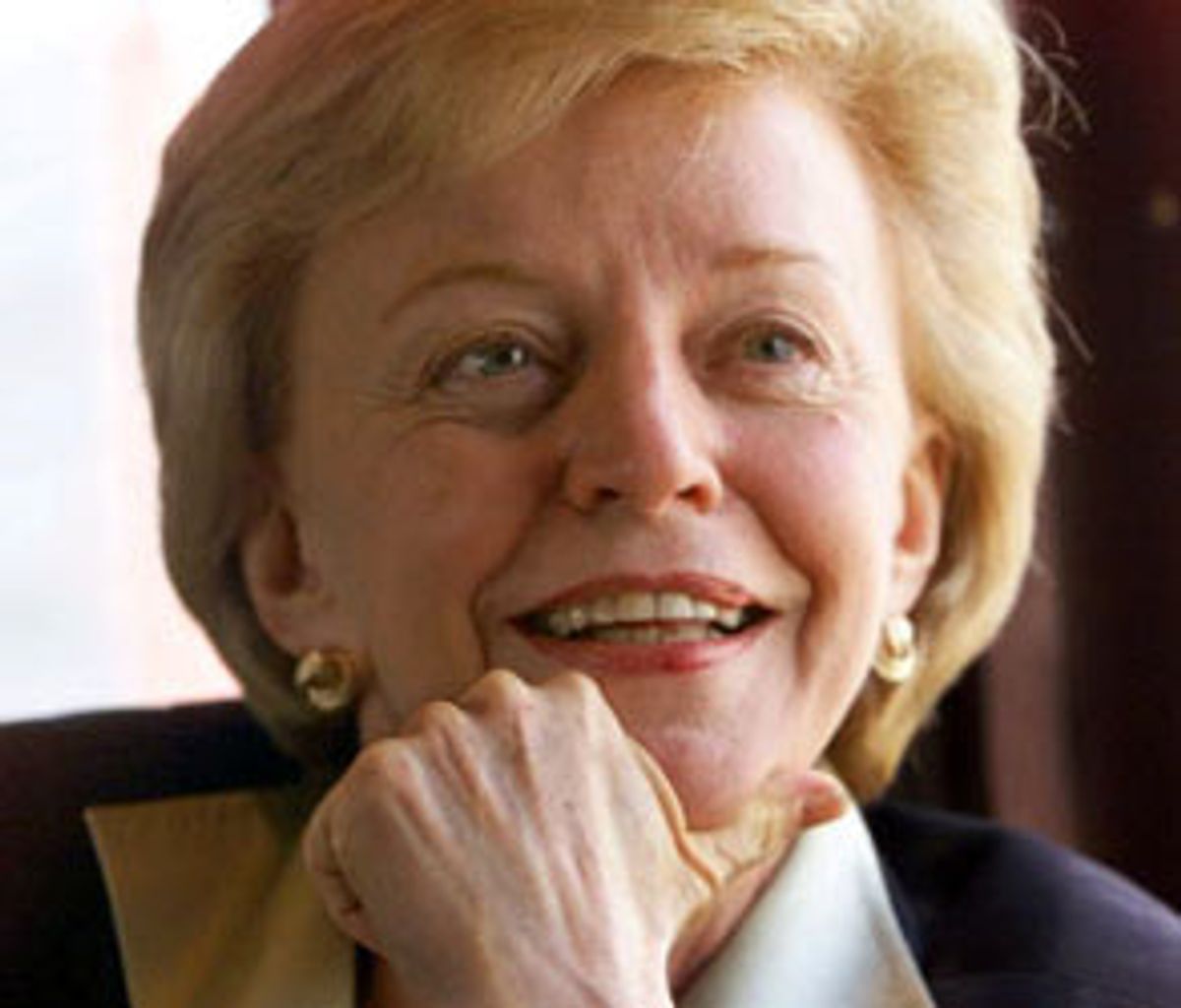 Anxious to not to let the Democrats have a monopoly on Hollywood-bashing, the campaign of Texas Gov. George W. Bush requested that one of their own be able to testify on the highly anticipated Senate Commerce Committee hearings this week over violence in TV, film and music. So Wednesday, Lynne Cheney, wife of GOP vice presidential nominee Dick Cheney and a longtime leading figure in the culture wars, will be called to testify.

Sen. Joseph Lieberman originally beat the Republicans to the punch, announcing his intentions to testifyjust as the results of the much-discussed, one-year Federal Trade Commission study on the entertainment industry started leaking to the press. Among other charges, the report allegedly accuses Hollywood executives of directly marketing content to children that is inappropriate based on its own ratings systems.

But over the weekend, according to a knowledgeable source, the Bush campaign contacted the staff of Sen. John McCain, chairman of the Commerce Committee, to see if room could be made for Cheney. On Monday, however, Mark Buse, staff director of the Commerce Committee, said that having Cheney testify was McCain's idea. "Sen. McCain invited Lynne Cheney to testify," Buse said. "The Bush campaign is very concerned about this topic. And she is an expert in this area with great credentials."

As head of the National Endowment of the Humanities during the administration of President Bush, and a former co-host of CNN's "Crossfire Sunday," Cheney's role in the culture wars has primarily been to crusade against "political correctness" on university campuses.

Buse said that while Cheney will attend the hearing, representatives from the entertainment industry "conveniently had to be out of town" that day. Universal Studios had originally planned to attend, but has since pulled out, he said. Isn't that kind of lame? "'Kind of' would be an understatement," Buse said.

There has been so much interest in Wednesday's hearing -- in addition to Cheney, half a dozen or so members of Congress not on the Commerce Committee have asked to testify -- that the location has been moved to a larger venue, Room 216 in the Senate's Hart Office building.

And the posturing continues on the campaign trail.

In an interview appearing in Monday's New York Times, Gore said that he would give the entertainment industry six months to "clean up their act" before his administration would encourage the Federal Trade Commission to move against the industry in its ability to prohibit false and deceptive advertising.

First Lady Hillary Clinton, stumping for her New York Senate campaign, took time out Monday at a Jewish community center to decry Hollywood's marketing practices, saying, "This is outrageous, and it must stop. I challenge this industry, which has already taken many positive steps, to look very carefully at these recommendations. I challenge it to make the changes necessary to stop marketing violent and adult products to our kids."

And in an article penned by Lieberman entitled "Crude, Rude and Lewd" being distributed to the media by the centrist Democratic Leadership Council, which is chaired by Lieberman -- the Connecticut Senator decries "not just the quantity but the quality of the dialogue and the depictions" on TV. "(T)he sexual references and behaviors have become far more graphic and explicit. Even worse, they are usually shown without moral content or social guideposts."

The DLC release includes information about a poll by Democratic pollster Mark Penn indicating that "only 15 percent of respondents agreed with the entertainment industry's First Amendment rationale for avoiding any public action, while 37 percent favor a enforceable universal ratings system; 22 percent favor outright legal restrictions on content; and 17 percent favor Sen. Lieberman's approach of encouraging better self-policing by the industry."

Plenty of leading Republicans were unhappy when McCain agreed to let Lieberman speak at the hearing. McCain argued that he was merely abiding by traditional senatorial courtesy. Additionally, Lieberman had been one of the original co-sponsors of the bill, along with Republican senators Orrin Hatch of Utah and Sam Brownback of Kansas, that -- in the immediate wake of the April 1999 Columbine shootings -- called for the FTC study. A month later, in June 1999, President Clinton followed up the Lieberman bill with his own executive order.

Unlike Lieberman, who has worked with Republican values-czar William Bennett in protesting violence and vulgarity on TV, film and in gangsta rap, Lynne Cheney is more known for slamming campuses for political correctness.

In the conservative seat on "Crossfire Sunday," Cheney did have opportunity in December 1997 to speak out against the negative influence violence in movies -- such as "Menace II Society," "Natural Born Killers" and "The Basketball Diaries," -- has on society by saying: "I can't help but think that we should be saying and that Hollywood people should be saying, 'Yes, this is a factor, and we need to show a little responsibility here.'"

Cheney added that Hollywood wasn't the only force to blame for violence among children, though she included its influence "on that long list, along with broken families, along with churches that don't work as well as they used to, along with schools that don't educate."

This is the second time in the last week that the Bush campaign made a request of McCain in his position as chair of the Commerce Committee, despite the fact that during the primaries Bush continually slammed McCain as a hypocrite for railing against special interests while doing favors for them (even going so far as to refer to him as "Chairman McCain.").

Time magazine's John Dickerson reported that, in the midst of the recent debate brouhaha, the Bush campaign asked McCain and his House counterpart Rep. Thomas Bliley, R-Va., to urge the other networks to carry Bush's choice of debates, ones that would be hosted by CNN's Larry King and NBC's Tim Russert.