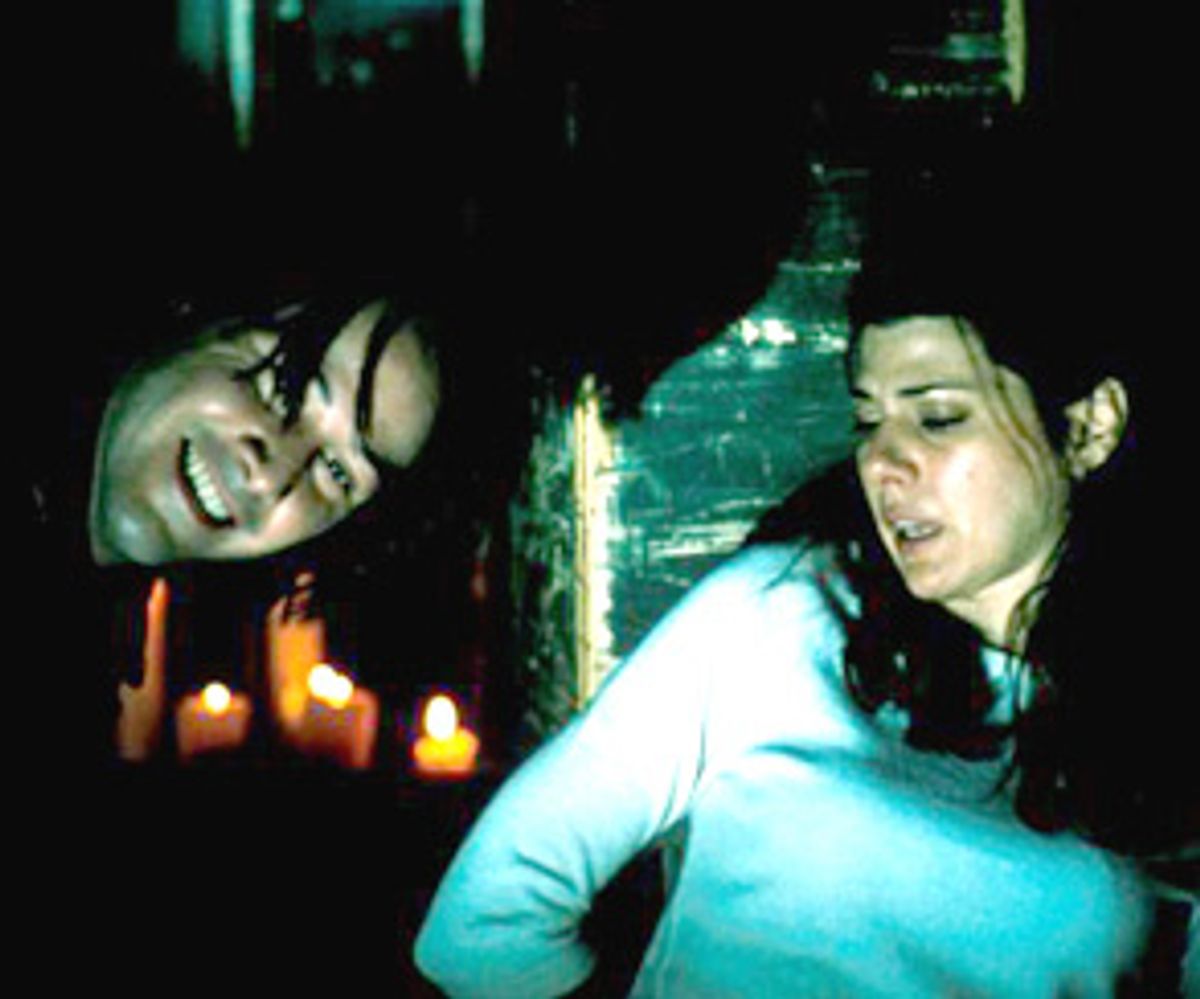 It's no picnic being a fictional therapist. They're always either getting wrapped up in the Oedipal dilemmas of tough-talking mobsters or pairing up with spooky kids who see dead people or suiting up in latex to climb inside the minds of murderers. How do they even know how to bill for this stuff? In "The Watcher," Marisa Tomei is yet another headshrinker with a dilly of a client -- a tortured ex-lawman who's wasted the last several years of his life hunting down a sadistic serial killer. But things are about to get worse: The psycho himself just sat down for a session.

"The Watcher" is exactly the kind of movie you might happen upon while watching Cinemax in your hotel room and think, "This'll do till Conan comes on." In other words, it stinks pretty bad, but not so bad you'd go out of your way to avoid it. Even if you did, however, chances are pretty strong you'd know how it all turns out anyway. Nearly everything in Joe Charbanic's debut feature feels borrowed from someplace else, from the overwrought score to the rooftops-and-helicopters chase scenes. The film is so shameless in its lack of originality, it even employs the framing device of using the penultimate scene as the opening one, a move first perfected in "Beyond the Valley of the Dolls." And let's not even discuss the business of shooting from the killer's slow-motion, disjointed point of view -- and cueing his appearance with Darth Vader-style heavy breathing.

At the heart of the story is a conventional duo: the decent, down-at-heel investigator and the diabolical madman who lures him into his deadly games. In the year's most arbitrary casting, it's James Spader who is the good guy here and Keanu Reeves who is the elusive psycho. This is what is known as playing against type, and it's something that Reeves in particular should probably never do. As the kitty-stroking, piano-wire-wielding lunatic who calls himself David, he tops his own pantheon of bad performances. Reeves at his best can be pretty funny, and he does the saving the world from the exploding bus or the evil artificial-intelligence thing with enjoyable aplomb. But when he ventures out of his acting depth, as he himself would say, "Whoa!"

Reeves, who allegedly agreed to the role when it was going to be a juicy cameo instead of a full-blown star turn, seems more like a pissed-off movie star than a dangerously cunning criminal. He doesn't appear to be even trying to act, as he flatly rattles off menacing dialogue and lets his hair fall in his face a lot. Spader at least seems willing to do a little work for his paycheck. He's forced to do a great deal of pill-popping and sudden waking from restless sleep stuff, but he's an oddball enough actor to make the character's edginess ring true.

Agent Joel Campbell and David share a grim past in Los Angeles, where David methodically pursued and garroted a string of young women. After a particularly botched tragedy that turned Campbell into "Captain Barbiturate," he's fled to Chicago, where he lives in an apartment straight out of Squalid Dumps Monthly and pours his heart out to Polly, his concerned, mildly flirtatious shrink. The man's a bloodshot wreck. But when David shows up to reignite their cat-and-mouse game, Campbell snaps into action. Soon he's sporting a clean suit and tie and barking orders at cops with crisp authority. He didn't need therapy after all -- just a project.

The only modestly interesting part of "The Watcher" is David's modus operandi. He stalks loners and sends their photos to Campbell before he kills them. As the police frantically try to find the women, they plaster the streets with their pictures, which are nonchalantly ignored by bustling, latte-sipping urbanites. How easy is it for a killer and his prey to disappear into the apathetic, faceless crowd? How easy is it for any of us to? It's a novel concept for the age of milk carton campaigns and "America's Most Wanted," but "The Watcher" only touches on it. Instead, the film chooses to muse on the less original idea that these two messed-up guys somehow thrive on each other. We never quite understand why David becomes a killer, though it seems to have something to do with needing a dance partner whose steps are more leaden than his own. But it's clear his main relationship in life is with Campbell. He's such a softy for him, he even sends him cards and flowers. Sure, they contain promises to kill innocent women, but you've got to get a guy's attention somehow.

If the plot and much of the acting are themselves preposterous, at least the look of "The Watcher" contains an element of subtlety. Although it's about a voyeuristic murderer, Charbanic manages to steer it from being offensively sexy or explicit in its violence. The real shocks come from the appearance of the cast -- reasonably big-name stars rarely look this godawful. Spader, Reeves and Tomei all seem to have rolled on to celluloid straight from bed and in last night's clothes. Spader and Reeves we can understand; they're men who stay up nights thinking weird thoughts, but poor Marisa Tomei. In the absence of a character to play, she doesn't even get to look great. Polly asks Campbell about his fears and takes what seems to be a personal interest in his well-being, but she's given minuscule screen time and no moments when she's neither a professional nor a potential victim.

For a film that seems so intimately acquainted with movie conventions, "The Watcher" violates one of the big ones. It doesn't get inside the shrink's head. It's an oversight that in a better story might prove frustrating, but here, it's not such a loss. It's just one less thing to think about in a movie hell bent on requiring very little thinking from its audience anyway.