In the shadow of Auschwitz

After World War II, 800 years of history came to a standstill in the Polish city of Oswiecim. Fifty years later, residents are growing restless. 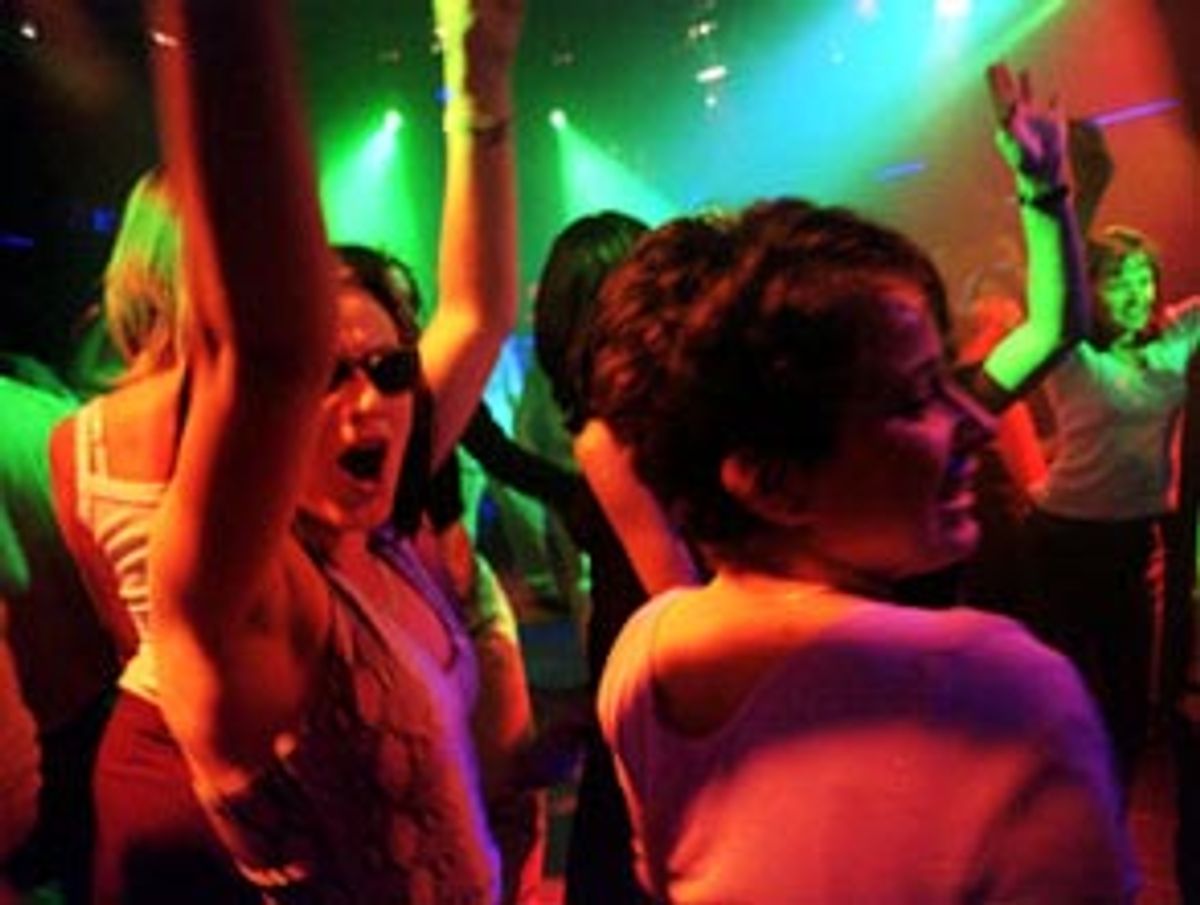 Several years ago, I sat down in the austere office of Dariusz Dulnik, who was then mayor of the Polish city of Oswiecim. With growing enthusiasm, Dulnik detailed his town's aspirations for revitalization. He sketched out ambitious plans for new hotels, roads and parking lots so visitors from abroad could enjoy Oswiecim's centuries-old buildings and walk along its narrow streets.

"Our city lived peacefully for 800 years," Dulnik told me. "Then Hitler came and made our city suffer. It was not our choice. We did not invite the Nazis to build the camp."

The camp in question, which sits on the outskirts of town, is Auschwitz. What to do when your single most important attraction is a death camp where more than 1 million were murdered during the Holocaust is a vexing problem. Indeed, Oswiecim's civic leaders have been wrestling with it for decades. For the most part, they have been resigned to living quietly in the camp's long, dark shadow. When I paid a visit to the area on a magazine assignment, it was clear that such sentiments were beginning to shift.

Back in 1995, Dulnik was already courting foreign investors to build a luxury hotel near the camp -- "To welcome people with dignity," he explained. But good sense prevailed, and those plans subsequently fell through.

Yet now, with the new mayor, Jozef Krawczyk, in place, Oswiecim is once again attempting to cast itself in a more modern image. The city gave permission last month for the opening of a disco in a former tannery where hundreds of Jewish prisoners were forced to work as slaves and many died. It was also used as a storage facility for property confiscated from inmates and the hair of those who were sent to the gas chambers.

As Jewish groups and others have pointed out in recent protests, the propriety of such a decision is highly dubious, to say the least. "My people are buried there," one indignant Holocaust survivor recently said at a rally outside the Polish Consulate in New York.

"How would anybody like any cemetery used for a disco?" the survivor asked.

But the disco is only the latest controversy in the unhappy history of the town that is home to Auschwitz. The camp itself has stood virtually unchanged since the war -- a slowly deteriorating monument to mankind's capacity for inhumanity. Auschwitz was made state property by the Polish government in 1947 and, by decree, will remain "for all time" as a solemn reminder of the souls who perished there. Earlier this week, the first synagogue since World War II opened in the city.

Just as Oswiecim officials are struggling to crawl out from beneath the camp's legacy of death, those whose job it is to preserve the place for posterity are grappling with how to raise much-needed funds without tarnishing the site's dignity. That predicament is compounded by the fact that it costs more than $1 million a year to maintain Auschwitz.

"We can't sell this as a tourist attraction," insisted Teresa Swiebocka, who has been a senior curator of the museum at Auschwitz for many years. "This is a cemetery. This is a place for thinking, a place for meditation. It is not an attraction," she says.

Yet Auschwitz draws more than 600,000 visitors a year. On a sunny afternoon, the camp is disarmingly serene, almost pleasant in appearance, with its brick buildings and tall willow trees. It could almost pass as the campus of an East Coast prep school.

During my first visit, I spent a week in and around the camp, including a long night within the barbed wire in a former SS barracks. It was there that I reflected on a diary entry written Sept. 9, 1942, by Johann Paul Kremer, who served as a Nazi doctor at Auschwitz for several months:

"This morning I received most welcome news ... that I was divorced from my wife from the 1st of the month," he wrote. "Later was present as physician at the flogging of 8 camp inmates and at one execution by shooting with a small-caliber gun. Got soap flakes and 2 cakes of soap." That was Auschwitz, I thought: A place where death and soap flakes were equally banal parts of one's daily routine.

There's now a cafeteria at the main camp, where visitors do actually eat. I had a cup of coffee there with Kazimierz Smolen, who was 72 at the time, but whose deeply lined face made him appear even older. He wore a blue and white striped shirt and blue slacks. On his forearm, the tattooed number was still visible: 1327.

Smolen spent five years as an inmate at Auschwitz, from July 1940 to January 1945. "I was beaten, tortured," he said almost matter-of-factly. "I prayed to God to give me death. I prayed not to wake up the next day." At the time of his arrest, the Nazis accused Smolen of being a member of the Polish resistance and taking illegal photos of an electricity plant. Though he was a member of the resistance, he hadn't taken the pictures. The Nazis jailed him anyway.

When Smolen first entered Auschwitz, it served mostly as a concentration camp for Polish and Soviet prisoners. It was not until 1942, when the Nazis became obsessed with the complete extermination of the Jewish people, that the facility was converted to its more infamous purpose. "In 1941," Smolen told me, "I got a clerical job in the camp because I could speak German and I could type. And I was young and very healthy."

He was among the last inmates evacuated by the Nazis as Soviet troops neared Auschwitz toward the close of the war. Smolen stayed briefly at three other camps until, on May 6, 1945, four American tanks rolled up to the gate of his compound. Ten years later, Smolen returned to Auschwitz as director of its museum -- a job he would hold for the next 35 years. In essence, he became the camp's commandant.

Smolen smiled at this observation. The fact that he could smile at all was amazing, considering what he had gone through just yards from where we were enjoying our little chat. "You could say it's a funny world," he said.

I wasn't in a very humorous mood that night. I was staying in a small room that once had housed SS officers. It was difficult to sleep on the hard bed, and the idea of spending the night in a former death camp wasn't my only distraction.

"Nein, nein, nein!" someone yelled down the corridor, and I heard laughter and a girl squealing. This had been going on for nearly a half-hour. I finally jumped out of bed and threw open the door. The hallway was full of about a dozen German teens visiting Auschwitz on a school outing. Like me, they were spending the night at the camp.

"Hey!" I said, not knowing the German equivalent. "You want to keep it down?" A boy stepped forward, a good-looking kid with light-brown hair and blue eyes. "I'm sorry," he said in English. "We're having a party."

There was an awkward pause as we faced one another. He looked me over -- foreigner, American, Jew. His chin rose ever so slightly.

The German students were gone in the morning. I washed up in the communal bathroom, just as the camp's officers once did, and went down to the cafeteria for breakfast. I was surprised to find how hungry I was. Then I returned to Oswiecim City Hall for further talks with the town's leaders.

I sat down with Janusz Cora, who was then the municipal architect. He unfurled a large map of the city, and began circling with a red pencil the various spots where a four- or five-star hotel might be built. One site was right across the street from the entrance to Auschwitz. "The hotel should be high standard for visitors from around the world," Cora said.

I felt compelled to point out that not everyone would want to see a luxury hotel right next to the world's most notorious death camp. Mayor Dulnik, who had been observing quietly as Cora laid out the city's plans, was quick to chime in. He'd been expecting this objection.

"When I once visited Dachau in Germany," Dulnik said, "I thought it was a very nice town. But no one remembers that. They think of the camp there. I'm afraid everyone in the world thinks of Oswiecim the same way.

I don't know where exactly the new disco is located. I never saw the old tannery it replaced. But I can easily picture young residents of Oswiecim gathering there at night, maybe drinking a little too much and dancing to the likes of Britney Spears and Backstreet Boys. I suppose I should be outraged.

But after all this time, there's a part of me that sympathizes with Oswiecim's need to get over its unfortunate past and move on.