In a tempestuous era, her Cosmopolitan magazine grappled with how women should define themselves, and reconcile liberation with their interest in men. 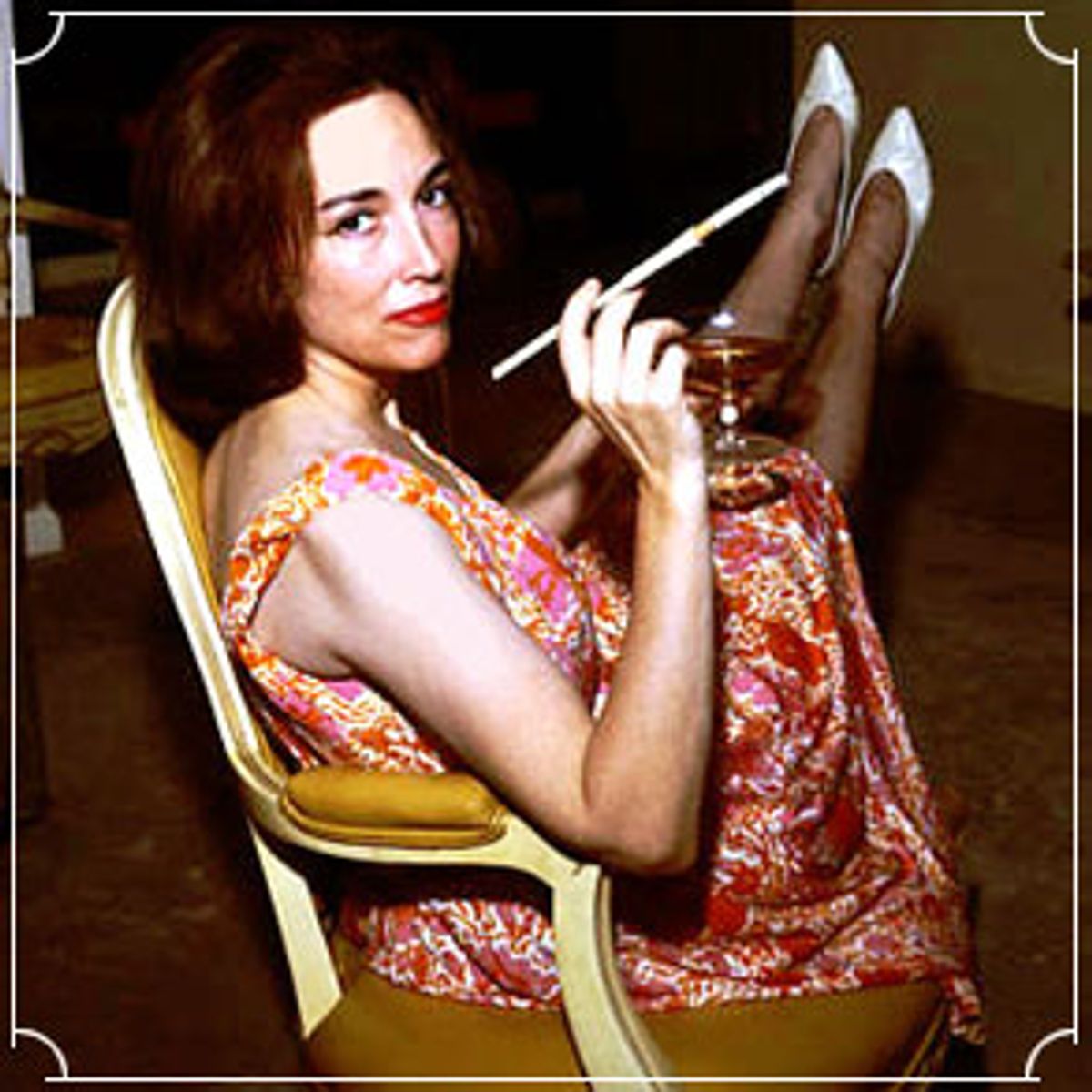 Up through the 1950s, women's magazine articles spoke of fixing lunch and darning socks. But in 1965, Helen Gurley Brown took the helm of Cosmopolitan and spiced up forever the Woman In Print. Her magazine prattled about the joys of women doing and having it all: excelling at work, splurging on luxuries, beguiling men. Decades before, ad execs had targeted women as leading consumers; now, Brown was urging her reader to snag a man (or men) to satiate her physical, emotional and material appetites.

Helen Gurley was born poor in rural Arkansas in 1922. She began to work at 18, fresh out of her first year of college, holding down a string of secretarial jobs until one boss, delighted at her sprightly, straightforward writing, hired her to write copy for his ad agency. In 1958, she joined the Los Angeles firm of Kenyan & Eckhardt as an account executive, and became the West Coast's highest-paid woman in the field.

The next year, at 37, she married film producer David Brown. Immortalizing her own vivid memories, Brown (with her husband's encouragement) published "Sex and the Single Girl" in 1962 -- a sensational counter to the nation's prim and proper '50s mentality. Previous books, she felt, "all treated the single girl like a scarlet-fever victim, a misfit." But "Sex" fiercely defended her as "the newest glamour girl of our times." A strategic guide to dating, work, beauty and finance, "Sex and the Single Girl" had sold 150,000 hardcover copies by April 1963. The book opened with Brown's firm reassurance that the "rich, full life of dating" doesn't require great beauty, money or flamboyance. Rather, you "work with the raw material you have, namely you, and never let up."

To expound upon her book, Brown and her husband drafted plans for a magazine aimed at the 18- to 34-year-old single career woman. In 1965 the Hearst Corp. bought the Browns' idea in hopes of reviving its flagging Midwestern monthly, Cosmopolitan. Brown was named editor in chief, and circulation soon soared to 3 million.

In her book "The Beauty Myth," Naomi Wolf likens Cosmo in its first decade to a "woman-run social service," with a tone of allegiance to, and affinity with, its middle- and upper-class readers. It guided women through everything from beauty to budgeting, advising and encouraging the busy working girl with columns on fix-its ("When No Man's Handy") and cooking ("Five-Minute Gourmet Dinner"). Monthly cultural fixtures ("Cosmo Reads the New Books") promised instant sophistication. Her magazine's mission, affirmed by Brown in her first editor's column, "Step Into My Parlor" (June 1965), was to appeal to the "grown-up girl, interested in whatever can give you a richer, more exciting, fun-filled, friend-filled, man-loved kind of life!" It basked in consumerism, feminism and freedom.

Perhaps not so ironically, men figured in virtually every article: Brown exhorted ambition and assertiveness over them, on dates or on the job. She repeatedly linked careers to single-woman prowess, and both monetary and emotional stability: "A single woman is known by what she does rather than whom she belongs to," she writes in "Sex and the Single Girl." The December 1970 Cosmo ran a sly guide on "How to Handle the Competition" -- "Try a little infighting," it urged. "When you learn how, you'll love it." But even career advice upheld images and ideals of femininity. In "Sex," strategies to get ahead include flirting with the management: A job "has everything to do with men anyway," Brown writes. In 1969, Cosmo reported on secretaries "who've made very, very good." Their tactics range from impressing the boss to marrying him. So who's in power -- the exec who seduces, or the men who deliver? Why do women work -- to meet men or outfox them? "A man likes to sleep with a brainy girl," "Sex" says brazenly. Following Brown's logic is to traverse a maze of female motive and opportunity -- fascinatingly in sync and at odds with the feminist spirit of the '60s sexual revolution.

Coasting on the era's anything-goes ethos, racy notions and articles glutted Cosmo's pages: exposis of mistresses and male gigolos, defenses of recreational sex, fashion spreads on apropos orgy wear. "Like a man," "Sex" insists, a woman "is a sexual creature." It says loud and clear that nice girls do -- and that their affairs "can be unadulterated, cliff-hanging sex." Even here the question teases us: Who's, so to speak, on top? On one hand, Brown in her book defines being sexy as being feminine and equates that, in turn, with adoring men. "You can look like a Dresden doll and still hate men. That isn't being feminine. You can have halfback shoulders and adore men. That's feminine!" Other times she naughtily exhorts her cadre to crush their crushes, who are lambs "to be shorn and worn by her." The wisdom swings like a pendulum, urging women to use sex appeal now to exploit, now to entice.

In a tempest-tossed era of liberation, Helen Gurley Brown penned books and revived a magazine that grappled with the times' conundrums: how single women should define themselves, wield their newfound rights to have sex and to work, and -- most importantly -- reconcile liberation with attraction and affection toward men. Beyond doubt, Brown waxes more liberal than the radical feminism that sought to obliterate gender roles altogether. Nonetheless, she had precarious ground to tread: voicing women's real-life concerns within the often idealistic Movement. She gave her readers glamour and confidence to be women, in all their glory.

In one issue, Brown describes Cosmo as a practical guide to seducing men -- speaking in the idiom of conquest. But, she adds, the key to keeping them "comes from inside, and only you can do that." It's the notion of the violent femme who flirts; it's coolness masked by and tempered with kindness -- apt descriptions of the attitude Brown assumes in her writing and purports even now to faithful readers. It's the rich legacy of the '60s new New Woman. It's a sexy battle of the sexes: making love through war -- with the single girl always at peace with herself.