This film-school sendup -- filled with slicing, dicing, electrocuting and bludgeoning -- can't see the schlock for the celluloid. 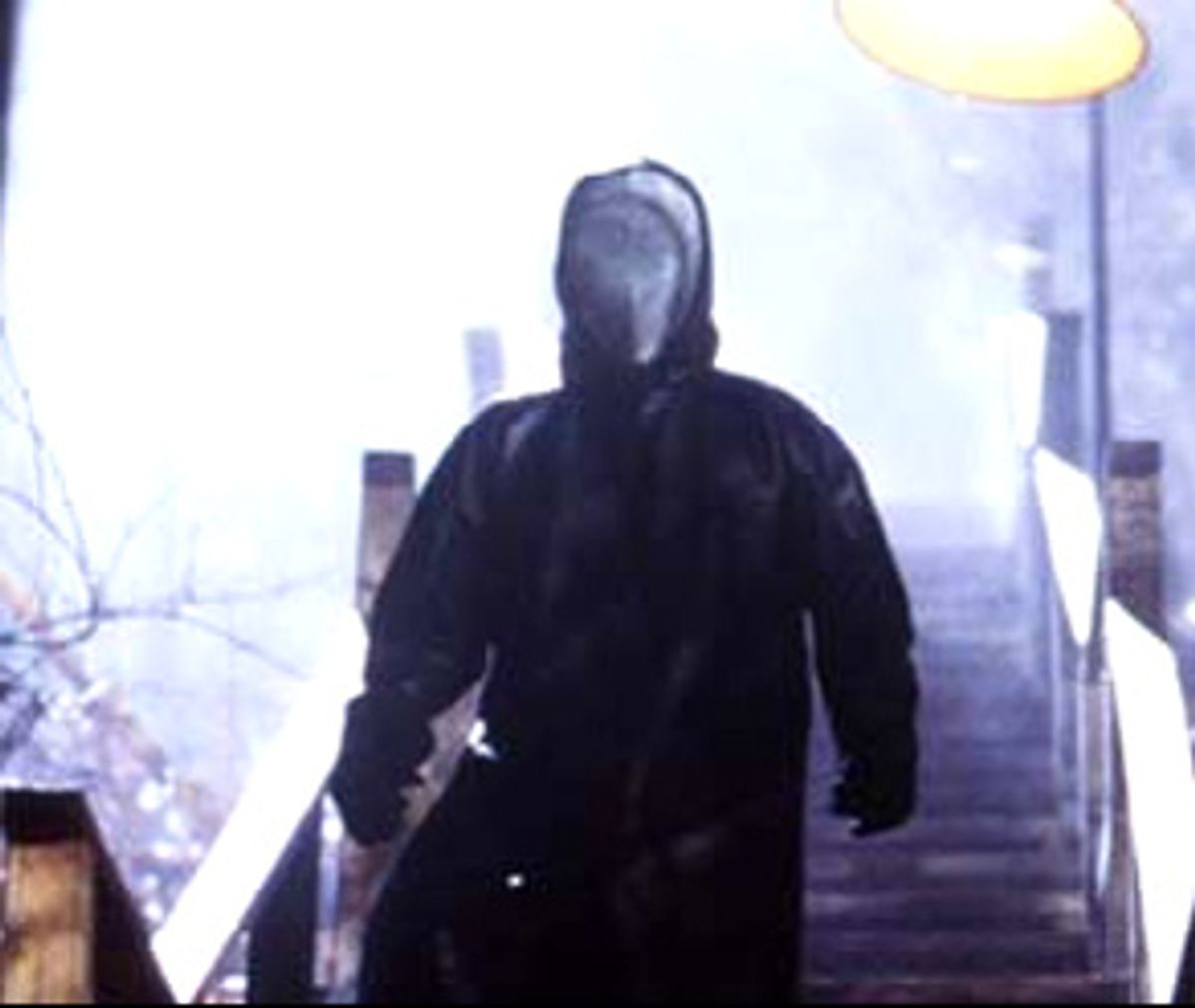 "You stole my fucking genre!" a competitive student filmmaker snarls to a classmate in "Urban Legends: Final Cut." But a scholar who loves horror enough to devote his academic career to it should know better than to cry foul at the creation of another gorefest -- the slasher picture, after all, is an American institution. At least the creators of the season's least necessary follow-up aren't so proprietary, liberally splattering the screen with references to just about every thriller that ever preceded it.

This quasi-sequel to the 1998 hit is knowingly subtitled "Final Cut," an obligatory reference to the long, pointy phallic symbols of which movie killers are so fond, but also to the lingo of filmmaking itself. As in any proper urban legend, reality and rumor dance around each other in dangerous ways.

This time out, the setting is the Orson Welles Film School of Alpine University. The characters from the first movie are absent, with the exception of Loretta Devine, back as the Pam Grier-worshipping security guard Reese. She's so tough, she tacks the word "ass" onto everything she says, which sure-ass proves she's badass.

Amy thinks she's hit upon a novel concept for her thesis -- a serial killer who acts out urban legends -- and, amazingly, her professors react to her idea with the enthusiasm of ciniastes with no knowledge of what's been going on at the box office the last five years.

The faculty may be in love with the project, but not everybody is. In a radical case of campus schadenfreude, somebody keeps killing off the cast and crew of Amy's movie, causing not just mayhem and carnage but a whole bunch of scheduling and staffing nightmares. Amy may have aspirations of becoming Lars Von Trier, but she's looking more and more like Jamie Lee Curtis.

Having exhausted all the juicy, gory myths in the previous film, "Final Cut" has to settle for second-string urban legends. There's a new spin on the ever-popular amateur kidney-removal story, but it's followed by a bunch of woefully standard maniac-with-a-weapon tableaux.

Unsatisfyingly, there's only the barest relationship to the "I heard it from a friend of a friend" scenarios one might expect from both a film and a film-inside-a-film that bear the moniker of "Urban Legends." One awaits the next entry in the series, in which horrific crimes are committed in the name of Craig Shergold and the Neiman-Marcus cookie recipe.

All the slicing, dicing, electrocuting, bludgeoning, hanging and shooting may not rise above the standard dead-young-things fare, but the film does occasionally get in a few cuts of its own, as it sends up the irksomely self important world of film school. At Alpine, beret-clad students and teachers pore over piffle as if it were the new wave, referencing mise-en-schne and quoting Truffaut while miring themselves in what looks for all the world like crap on a stick.

And it turns out the student body is a bountiful source of suspicious red herrings -- there's no shortage of creepy, possibly homicidal types among the George Lucas-is-God crowd. At various points in the film almost everybody gets a turn at being a serial-killer suspect, though the most truly enjoyable possibility is Joey Lawrence, who hasn't been seen much since his glory days on TV's "Blossom."

But while the "Scream" series and, more recently, "Scary Movie" parodied wizened horror shtick with a knowing wink, "UL:FC" sets its sights so high it can't see the schlock for the celluloid. The film has a grand time throwing out casual homages to "Vertigo" and "Peeping Tom," but the fact that it knows its way around the Cahiers du Cinema doesn't excuse its eagerness to ape the dreck at the bottom of the video store shelf.

Like the pop culture addicts of Alpine U., "Urban Legends" can't distinguish between the classic and the crud, between paying tribute and simply ripping off. Interspersed with the vaguely clever nods to masters of the genre are straightfaced repetitions of the same grisly motifs that were old when Wes Craven was knee high to a razor blade.

Having the heroine confront the maniac while innocently believing herself in the midst of a prank, or hatching a plan to draw the killer out from hiding and having it go very, very wrong have already been done, quite literally to death, yet the filmmakers play these scenarios as if they were still somehow capable of generating anything but evisceration-witnessing yawns.

Director John Ottman must have learned a thing or two in his career about applying a light touch while delivering chills -- he did the score for last year's creature feature "Lake Placid." Alone at the helm, however, he seems up the creek without a giant gator. His serial killer is an uninspired loon with a penchant for sporting a fencing mask with a Halloween mask on top (which, really, is just plain silly).

While there are moments of boldness that suggest the possibility of some real fun here -- a plot twist involving a long lost twin, a Mexican standoff with prop guns mixed in with the real one -- most of the film relies heavily on the tired, what-a-way-to-go routine of picking off cast members until the inevitable final confrontation and neat denouement. It's predictable, gratuitous and just self-referential enough to believe itself hip and knowing. In other words, it's exactly the sort of film one can imagine the students of Alpine writing term papers about.