Why the Olympics matter. 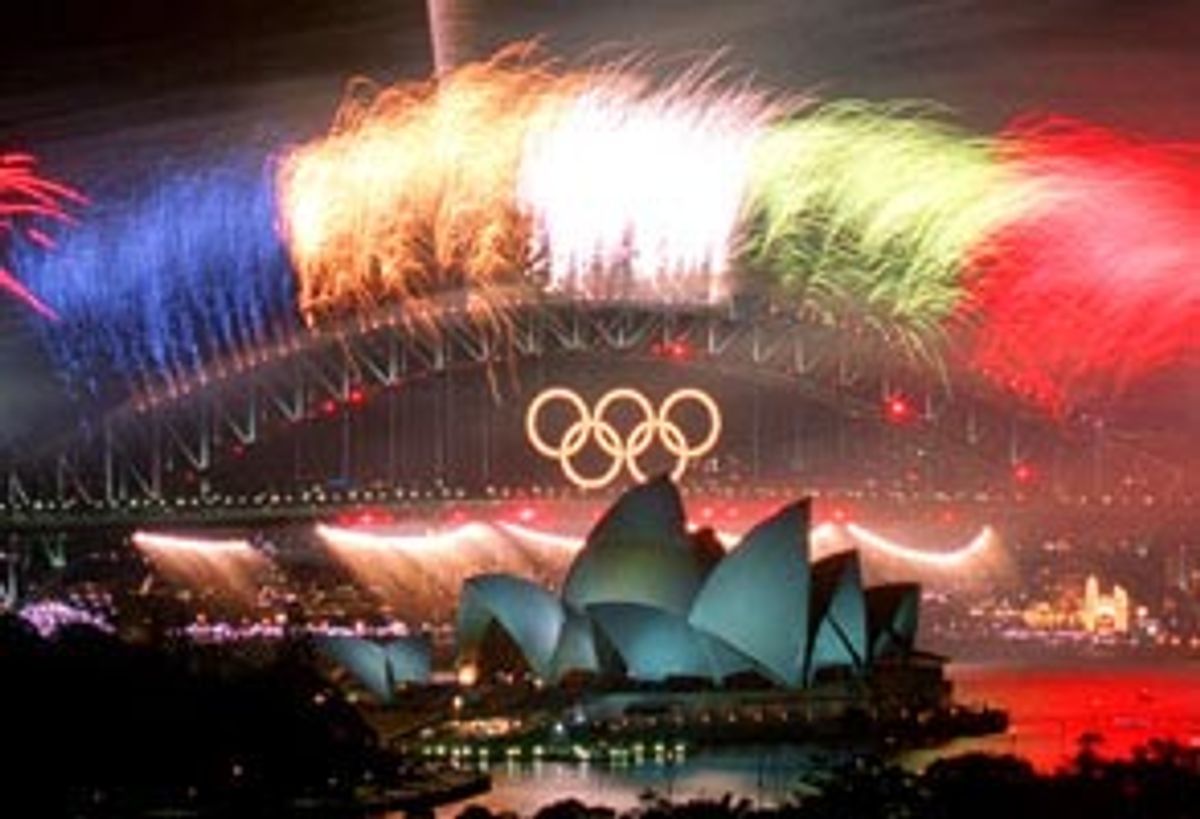 I have seen the future of humanity, and it consists of the youth of the world standing on the field of a huge stadium listening to old, bad Australian pop hits and ogling Elle Macpherson.

And that ain't such a bad thing.

The Games of the XXVII Olympiad came to a close Sunday night at Sydney's Olympic Stadium with a full display of Aussie irreverence, kitsch, partying spirit and forgettable rock 'n' roll. It wasn't exactly a show to top the opening ceremonies -- in fact, there were moments when it wasn't even a show to top the opening of a car wash in East Lansing, Mich. But it wasn't supposed to be. The crowd had a great time, the athletes from every corner of the globe broke out of their I don't know anybody at this party shyness to form conga lines and retiring IOC President Juan Antonio Samaranch proclaimed the Games the best ever held. And when the prawn bicycles had wheeled off and Crocodile Dundee had cracked his whip and the crowd had sung "Waltzing Matilda" and the green and purple and white fireworks had exploded joyously and the 10,000 athletes reluctantly left the biggest stage of their lives, you walked out feeling the way you're supposed to at the end of an Olympics: more hopeful about this amazing species we call the human race than you were before it started.

Closing ceremonies may actually be one Olympic ritual that's better viewed on TV. Television picks out faces of individual athletes, so you can feel their emotions, their sense of the corny solemnity of the occasion. From the stands, it's hard to see that. But what you do get is a majestic view of all of the athletes who took part in the Games, together in the same place. Theoretically, you may know the world is varied, but it isn't until you see all those flags coming in that its full Noah's Ark-like splendor is revealed. We have so many countries! So many languages! So many skin colors! So many customs, beliefs, religions! And all of them dissolved by the great universal solvent of synchronized swimming!

Looking at all of the athletes milling about on the field, united now in contemplation of Greg Norman driving golf balls off a float -- at the end of history, do we all go to Disneyland? -- it was impossible not to remember the battles they had engaged in for the past two and a half weeks. I had been privileged to witness hundreds of intense encounters, ferocious contests of will and skill and might. And to see all of the athletes together, rivals no more, celebrating with each other and the world the close of an ancient ritual of peaceful competition, was something rare and moving.

The United Nations, for all of its flaws, has a grandeur that derives from its role of resolving the world's political issues. And the Olympic Games, for all of their flaws, have a grandeur that derives from their perhaps smaller, but more innocent role: bringing together the people of the world to play. It's only sports, but the world finds no occasion to come together except this one. And you take brotherhood where you can get it.

For me, the high point of the last day came before the ceremonies began. The closing ceremonies always begin with the finish of the final Olympic event, the marathon, the runners ending their 26-mile run with a final lap in the stadium. The marathon may be the most unbelievable event of all. I was downtown at about 4 o'clock, riding my bike through Hyde Park, when a dragonfly-like swarm of helicopters overhead announced the marathon runners were going through. I had to catch the train to Olympic Park, which is 10 miles or so from downtown. I got right on and it blasted up there in 20 minutes. By the time I got through security, made my way into the stadium, bought a beer and found my seat, the leaders were nearing the stadium. Unbelievable -- but I guess that's what happens when you can run 26 straight five-minute miles.

The moment when Ethiopia's Gezahgne Abera came running into the vast, roaring arena was epic, of course -- the last and most grueling event of the Games, with its storied if dubious classical origins, ending under the Olympic flame. But the moment that stays with me took place about an hour later. Long after almost all the runners had completed the race, Elias Rodriguez, of the Federated States of Micronesia, came jogging wearily into the stadium. He was the last man in the field, and exhaustion was etched into his face. It is a tradition to cheer the stragglers, and the Aussies, with their great sense of sportsmanship and love of the underdog, had already given a fine ovation to Cambodian runner Rithya To, the next-to-last runner, who managed to stagger over the line before falling face-first to the track. And when Rodriguez began his final circuit, they clapped for him too.

But as he made his way around the track, something changed. The applause began to grow and swell, the sound cascading around the stadium as the lone figure trudged on. And then everyone was on their feet, cheering and clapping as Rodriguez went slowly by far below. It may not have been the loudest, but it was the deepest applause that I heard in the entire Games. We were saluting this one athlete, his effort, but we were saluting something more. We were saluting every athlete at the Games, the ones who won and the ones who lost, the great and the small, the famous and the obscure. And we were paying tribute to the best parts of ourselves, the elements that we had seen so nobly exemplified during these Games, the things that will endure when the world has long forgotten who won or lost a race: courage, tenacity and indomitable spirit.