For mind-control erotica fans, reading about hypnotic states is the biggest turn-on. 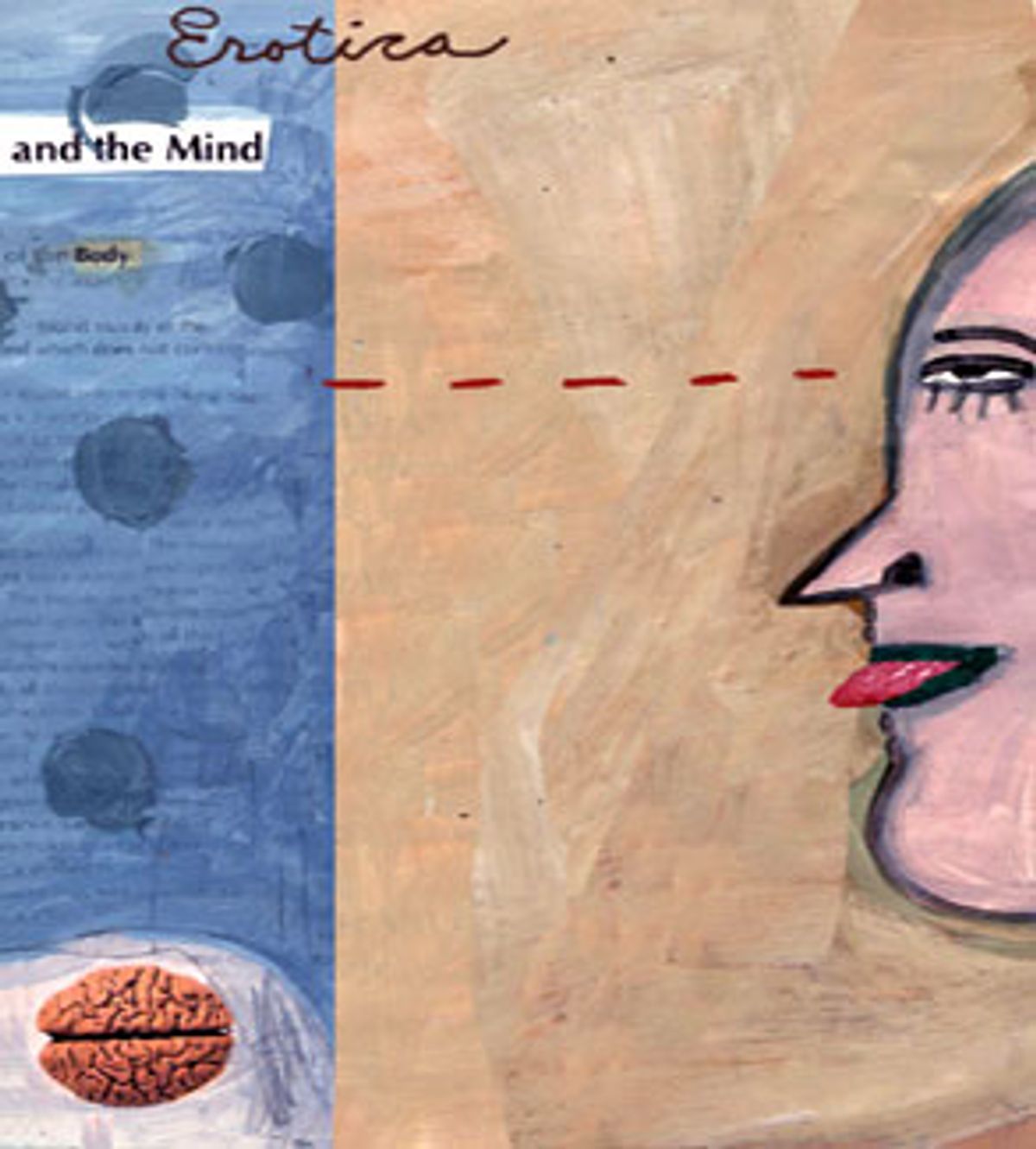 Armed with this knowledge, she happens upon a luscious, impressionable woman or man, looks deeply into their eyes and gradually gains control of her chosen one's mind through whatever means are at her disposal. After a long, delicious period of mental seduction (often called induction), she forces her victim to desire sex so much that he or she can think of nothing else. The victim often winds up a brainwashed slut who lives only for pleasure, submission or humiliation.

While most fetishists focus on the body -- feet, lingerie, breasts -- mind-control fetishists are interested in what goes on inside people's heads. And, of course, they're turned on by controlling or being controlled mentally. Mind-control erotica therefore shares territory with B&D or S/M. But it's also connected to more obscure, mind-oriented fetishes, like hypno-fetishism and fetishes that revolve around subduing people with laughing gas, chloroform and other drugs. The idea is that taking over somebody's mind is hot, whether you do it with hypnosis, drugs or special machines that reprogram the cerebral cortex.

A typical mind-control story is "Hypnotic Roommates," written by an anonymous contributor to Simon's archive. Andrea, a naughty psychology student, has decided to hypnotize and sexually dominate her nubile roommate Susan with a video of swirly, glowing rings of light. Yet most of the story focuses on Susan's mental state as she becomes more and more mentally open:

"Susan ... felt a strange sensation that she couldn't place as she stared at the screen ... She tried to look up at Andrea and found that her eyes wouldn't move ... A little voice in her head started to warn her, but the rings were glowing and moving so smoothly and prettily that she didn't pay it any attention."

What is it about this kind of scenario that gets people off? Simon speculates that mind-control erotica is "like B&D [or] S/M without physical violence." In other words, you can have your bondage but don't have to buy any fancy equipment. RC believes that hypnosis is sexy because it's a kind of alibi: People imagine that being hypnotized will allow them to do taboo things because they're "not responsible for their actions." This might explain the preponderance of mind-control stories and images that involve breaking taboos: cross-dressing, stripping for an audience, kinky scenes involving leather or other B&D or S/M accouterments and bisexuality.

Look Deeply, the online alias of a real-life hypnotherapist who enjoys co-authoring stories with RC and being a "hypno-diva" on the Web, says, "It's about playing with control, but more importantly the appeal comes from our love of trancing out, either with alcohol or movies or computers. We love altered states."

All of this is made more complicated by the fact that nearly all the mind-control stories and images you find online exist purely in the realm of the imagination. Many stories border on science fiction or horror, including machines that "jack in" to people's brains, software programs that destroy free will, vampires and even (in one memorable instance) lizard aliens. Text archives like Simon's will generally contain disclaimers warning readers that you can't control people's minds in real life, and that if you try, you are being extremely unethical.

Possibly as a result of this poignantly insulating aspect of mind-control fetishism, the people who enjoy and create mind-control erotica tend to stick together, sharing their stories, pictures and fantasies through the Internet. Simon's archive boasts a very active, intelligent discussion list, where writers of mind-control erotica recently discussed why they keep doing it. Several authors agreed that part of the appeal was getting inside readers' minds -- in effect, having mind-control sex by disseminating their own work.

One writer, who calls himself EyeOfSerpent, flirted with his fellow mind-control erotica producers: "The printed word has always been my friend. Now it is also one of my lovers. [To all you writers] -- Welcome to my bedroom, I've had you all many times and plan to continue to ravish you all. Get used to it."

Other mind-control fetishists contribute to their community by posting helpful guides on how to use Adobe Photoshop to turn ordinary pictures of women into images of sexy, mind controlled women. Exhibitionists post pictures of their playful hypno-adventures. And one truly devoted mind control fan has created an entire Web page devoted to chronicling instances of hypnosis and mind control in the movies.

The vast majority of mind control fetishists never make their fantasies a reality. For them, it's enough to read and write about it. Indeed, a disclaimer on the Mind Control Story Archive Web site reads, "This site is for fantasy only. The situations described here are at best impossible or at worst highly immoral in real life. Anyone wishing to try this stuff for real should seek psychological help and/or get a life."

But Look Deeply, the hypnotherapist, revealed that a handful of people -- including herself -- are taking their mind-control fetish out of the realm of fantasy. These people usually engage in sex play that involves hypnosis, although there are rumors that chloroform and gas fetishists have gotten their hands on the drugs that cloud their minds and get them off too.

But she worries that there are many dominant hypnotists out there who can seriously damage fetishists who are easily hypnotized and controlled. Look Deeply thinks an "evil hypnotist" might force clients into sexual situations that they're not comfortable with, or take their money.

"All hypnosis is self-hypnosis," Look Deeply notes, "and you won't be hypnotized unless you want it to happen. But if you're looking for it, and you put yourself in the hands of a stranger, then you may be in for some trouble. People should always check references on any hypnotist."

Is it really possible to hypnotize somebody and cause an orgasm with merely a word, just like a fantasy out of a mind-control story? Friesen believes it is. "A man, another hypnotherapist, tried to make me have an orgasm on command. I was about 95 percent there," she laughed. "But I couldn't let myself go quite enough, and I didn't trust him enough. Other people have done it, though. Think about it -- if you can have an orgasm in a dream, and it's a real orgasm, you can certainly use hypnosis to bring you to orgasm."

But these examples of real-life mind-control sex are few and far between. Most mind-control erotica exists right where it gives fetishists the most pleasure: in their heads. Through the medium of stories and message boards and home-brewed images, these fetishists are touching each other's minds and arousing each other without ever meeting in the flesh. As RC writes on his erotica Web site, "It's about the power of your mind. Anything is possible. Isn't that an intensely thrilling thought?"

Annalee Newitz is a writer. Get the gory details at Techsploitation.