When I was drunk I smoked some pot, and then sounds echoed and my vision blurred. Is this a normal reaction to mixing the two? 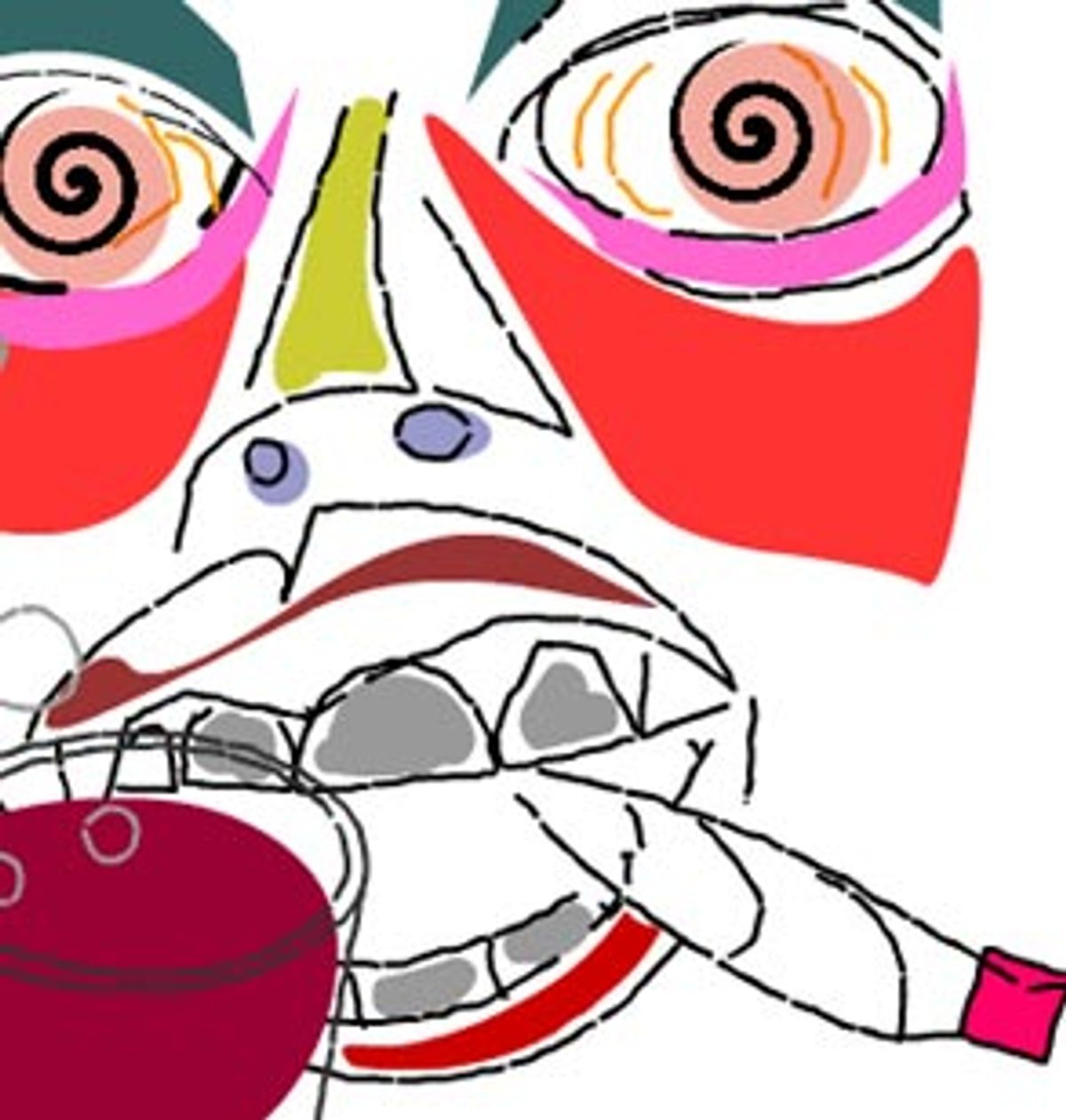 I went out the other night to a party, and had about four beers and half a glass of wine within about three and a half hours. I noticed I was getting a little more drunk than usual, but didn't think much more about it. Afterward, I took a few hits of a joint. Ten to 20 minutes later, sounds began to echo and I couldn't really see straight or clearly. Soon after, I was vomiting and on the verge of passing out. When I managed to get home, I did pass out, and could barely move the few times I was awoken by my boyfriend. The next day, I felt somewhat shaky but not really hung over.

It sounds to us like you got much more than you bargained for. As you probably know, lots of people combine the use of marijuana and alcohol, and we certainly don't hear reports of such powerful effects. (However, if we've missed something, we hope our readers will tell us!) We think you were right to suspect that you were given an additional drug -- more about that shortly.

Research shows that combining alcohol and THC, the active ingredient in pot, impairs a person more than either substance does alone. One's physical performance, like driving a car, is particularly affected, and the effects appear to be additive. For example, if you drink an amount of alcohol that impairs your reaction time by 10 percent, and if you then smoke enough pot to impair your reaction time by 10 percent, your total impairment will be 20 percent. This information is important for people who smoke pot while having a couple of drinks and think that they are below the legal limit for driving while intoxicated. Although their blood alcohol levels won't be higher from smoking, they will be much more impaired than if they had just been drinking.

So, what could you have ingested that would produce such a striking reaction? Our best bet is that there was something in the alcoholic drinks besides alcohol. Based on your symptoms, it could well have been GHB (gamma hydroxybutyrate), which is clear and colorless and is easily added to drinks without the consumer being able to detect it. We talked about its effects in a recent column, so here we'll only say that it is profoundly sedative and makes you throw up. Because it also can produce amnesia, it has been used as a date-rape drug.

Another possibility is that there was something added to the marijuana. For years there have been reports that marijuana is sometimes laced with embalming fluid (mostly formaldehyde) and PCP (aka phencyclidine or angel dust). The embalming fluid smells quite distinctive, and unless you noticed something odd about the joint, it is unlikely that was the problem. On the other hand, PCP could have been there and you never would have known it.

PCP is a very complex drug that is a close relative of the anesthetic ketamine. Originally designed to be an anesthetic that would suppress consciousness without affecting respiration and cardiovascular functions, PCP proved to be unsuitable clinically. It can produce schizophrenia-like symptoms, hallucinations and dissociative feelings. Some people react to it by becoming virtually paralyzed (catatonia). Your symptoms don't sound exactly like this, but you can never predict how a particular individual will respond to a drug, especially when other drugs are present. It's impossible to point to hard data on the subject because there are no controlled studies of mixing PCP or GHB with alcohol and marijuana.

You also might want to reconsider whether your experience had anything to do with a drug. It's natural and appropriate to believe that this change in your brain function was caused by using these drugs, but sometimes coincidences do occur, and some underlying condition like epileptic seizures can be precipitated by the modest use of a drug.

So our advice is twofold: First, if you experience anything like this again, or any other unexpected changes in the way you feel, see your doctor right away; and second, always be aware that the recreational drug you take may not be quite what you expected.

Buzzed appears every week in Salon Health. If you have a question, send it to us at buzzed@salon.com.