Stallone returns in a gangster remake that wears itself (and the audience) out trying to be cutting-edge stylish. 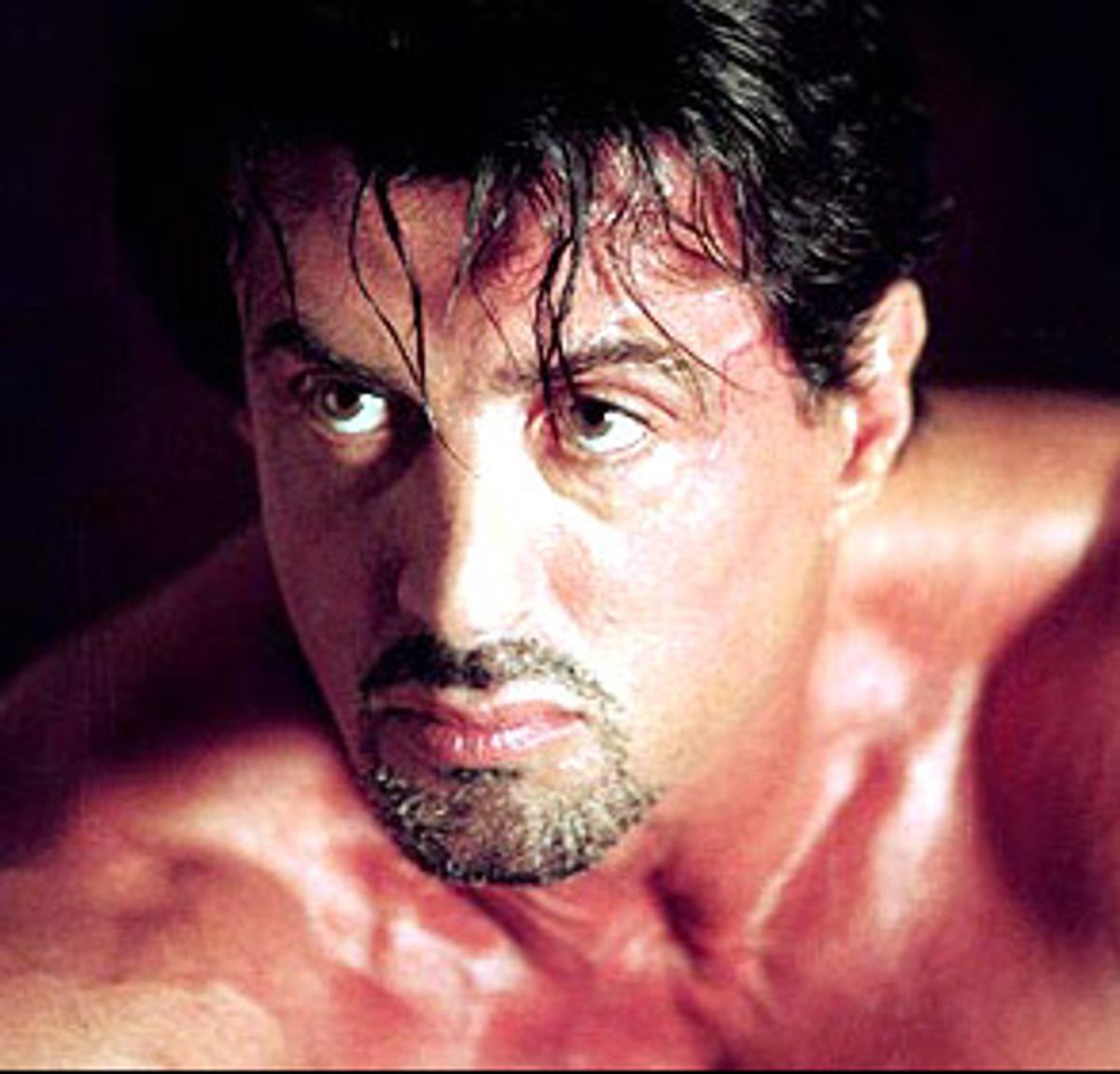 The best way to pass the time at "Get Carter" is to guess what type of commercials the movie's slick, fussed-over images could be edited into. Over the course of the movie, director Stephen Kay gives the impression that he's selling designer sunglasses, sports cars, cigarettes, Internet access, sharkskin suits and financial investment planning.

No matter what Kay is selling, it's not hard to guess that the British won't be buying. To many Brits, and certainly to the British critics who recently voted the original "Get Carter" the best British gangster film of all time, the notion of remaking this movie is a heresy. Am I alone in thinking it's not such a big deal? The 1971 original, directed by Mike Hodges ("Croupier") is certainly too well-made to be dismissed, and it presents an unflinching view of the bleakness of England's industrial north.

But the movie is no fun: The acclaim for the original seems to be largely a fetishizing of the picture's nastiness as honesty, an elevation of its blinkered, pulp gutter view. The film's rep is such that it has become a noir template. Here's the narrator in Anthony Frewin's terrific novel "London Blues," for example, describing Caine's mobster-hero, who returns to his hometown to avenge the murder of his brother: "It's a film about nasty people in nasty situations. Jack Carter may be a crook but he's self-righteous and determined. He doesn't flinch at cruelty. He's smart and deliberate. And he's got self-respect."

The worse Caine's Carter treats people (especially women) the more critics have claimed the film to be an honest depiction of gangster life. But in terms of what an audience wants from a revenge thriller, that "honesty" doesn't add up to satisfaction. What's the fun of watching a hero who's as much of a scumbag as the scumbags he's hunting down?

Admirers of the original are sure to see the decent side of the new version's protagonist, a Vegas mob enforcer, played by Sylvester Stallone, out to discover the truth about his kid brother's death, as a watering down of the original. At least it shows that someone has been thinking about the audience. But Kay is also thinking about his place in film history. Made with a nervous eye over the shoulder and the self-consciousness of people who know they're mucking about with a "classic," "Get Carter" wears itself out (and us in the process) trying to be cutting-edge stylish. The images are shown in triple screen, bleached out by sudden flashes of white, propelled into sudden jerky fast-motion, subjected to a "stuttering" effect (the visual equivalent of what you hear when a DJ scratches a record). The action has been moved to America's equivalent of England's gray north: the Pacific Northwest, specifically Seattle. Except for the final scene, rain falls constantly. (The sunny graveyard that ends the film is the acceptable tough-guy equivalent of a rainbow on a greeting card.) The movie has none of the nasty craft that Hodges brought to the original, but like its predecessor, it's all mood and attitude, a macho revel.

Funny then, that it winds up treating the women much better than Hodges' movie. The women in the original were all tarts and dolly birds and harridans, used and discarded (in one case permanently) at Carter's whim. Kay manages some sympathy toward Jack's widowed sister-in-law (Miranda Richardson, believable in a thankless role) who, it's ambiguously implied, may be his former lover, and especially toward his niece, played by Rachael Leigh Cook, who is made a genuine victim of the bad guys' dirty dealings, not the willing little whore she was in the original.

The resident scumbag, played by Mickey Rourke, is, for all that he's despised, much closer to the movie's masculine ideals -- a sleaze in leather and dark glasses, bimbos hanging off him like fashion accessories, blustering his way through. It's nice to see Rourke back in the movies, but this role just reinforces the image he's attained of a macho clown. He speaks sometimes in a gravelly voice and sometimes in almost Southern cadences and it throws you; you strain to hear the trademark purr that used to emanate from his pursed lips. And in the movie's biggest nod to its heritage, Michael Caine shows up as a small-time club owner. It's a lousy role, but Caine still creates a believable character, a small-timer who tries to appear completely open and because of that can't be trusted.

At this point, it would be easy to dismiss Stallone as a joke. But I've never been able to shake the feeling that he's a potentially enjoyable screen presence who's wasted his career. If Stallone ever got a chance to relax in a movie (and I'm not talking about that string of lousy comedies in which he tried to remake himself in the '80s), he might find an engaging lightness. He's not without wit, skill or charm. And he's not afraid to act. There's a startling moment when, as Jack Carter listens to his niece saying she blames herself for her father's death, tears well up in Stallone's eyes. When was the last time you saw the hero of a macho action movie who wasn't afraid to do that? Stallone's talent is for unsubtle, large-scaled physical acting. I can still recall the scene in the otherwise forgettable "Lock Up" when he discovers that a friendly prison guard has smuggled a cache of his girlfriend's letters to his cell. Stallone hugs the letters to his chest with a fierce overwhelming need.

If Stallone could ever give up the quest to put himself back at the top of the action-hero heap or stop thinking he has to prove himself an actor by taking roles for which he's not suited, if he could find the right director and script that would simply allow him to relax and be on-screen, then the humor you see in his talk-show appearances, that overgrown pussycat's ease, might bloom. He might finally be able to live up to his nickname -- Sly.