In a outrageous example of police incompetence, cops burst into the wrong home during a drug raid and kill an elderly African-American man. 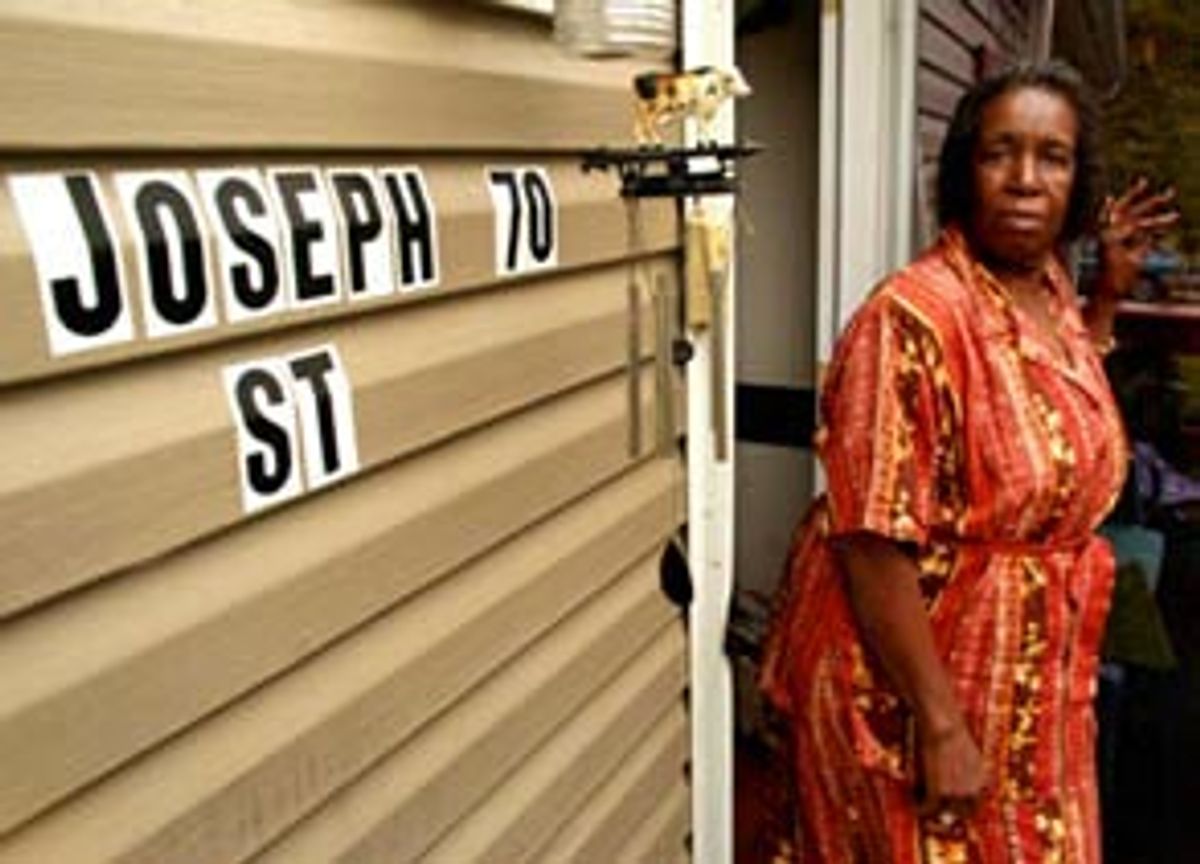 John Adams had just settled in to watch a little TV one night earlier this month.

It was a new routine for the 64-year-old man. He'd spent more than 30 years coming home exhausted from working shifts at the local rubber plant. He told a friend that his arthritis was hurting him that day, but he wasn't really the complaining type. Life was beginning to slow down for a change.

With his retirement savings, he and his 61-year-old wife, Loraine, had just fulfilled a lifelong dream of buying a new Cadillac and a double-wide trailer. That night, with his cane leaning against the side of his tan recliner, Adams was content to just flip through the channels and maybe fall asleep.

But outside their home on a sleepy, dead-end street stood seven armed police officers. Some wore riot gear and they were armed with clear shields and helmets. Leading the pack at the front door were officers Kyle Shedran, 25, and Greg Day, 24.

For weeks, they and other members of the narcotics unit of the Lebanon Police Department had eyed this house -- one of only two on Joseph Street, a short pathway one might overlook driving through nearby streets. They thought they had seen a drug dealer frequent the place. They had a warrant to search the house and authorization to react if they encountered resistance.

Unfortunately, they did meet resistance -- because Day and Shedran were knocking on the wrong door.

According to Lebanon police chief Bill Weeks, officers started yelling, "Cops, police, open up!" all at once. Loraine Adams heard the commotion first, but didn't understand what was happening. She and her husband refused to open the door. The cops burst through the door. Loraine says that officers manhandled her, pushing her against a wall and handcuffing her.

Seconds later, cops rounded a corner and found Adams, whom they claim fired at them with a sawed-off shotgun. Officers say they returned fire, and shot him several times.

Adams was taken by helicopter to Vanderbilt University Medical Center in Nashville, 14 miles away. The elderly African-American man died in surgery at about 1:30 a.m.

Before Weeks answers any questions about his officers' mistaken house raid, he says exasperatedly, "It's totally ridiculous to call this a racial incident. The media is making it into that, and it's not that. What happened was awful and a terrible screw-up on our part, that's it."

The officers who opened fire on Adams are white.

The image is grim: Young white officers fatally shooting an innocent black man in a botched attempt at a drug bust. The picture evokes all the emotions -- outrage and heartbreak -- conjured by the tragic shooting of Amadou Diallo, the unarmed African immigrant shot 41 times in the doorway of his building by white New York police officers.

But a closer look at the circumstances of this case suggests that what happened to Adams is probably the result not of racism, but of sad, simple incompetence.

Day and Shedran are on paid administrative leave as the Tennessee Bureau of Investigations complete a probe into the killing. Their personnel files show that, on more than one occasion, they have been lauded as "exemplary."

"This is absolutely the stupidest move I've ever seen in law enforcement," says Weeks. "We have nationally accredited policies that govern everything we do. What we think happened is that we have a particular supervisor who made a very unwise decision. This is not the fault of those two, younger officers. They did what they were told."

The department has offered to pay for counseling for officers Day and Shedran should they request it.

Weeks would not give the name of the supervisor who gave the final authorization for the raid, but said that that person is also on paid administrative leave and will likely be severely reprimanded -- possibly fired -- once TBI finishes its investigation, probably by the end of this month.

The police contend that Adams shot at officers first. Investigators cut out a large chunk from one of the walls of the home as proof that bullets were fired from a sawed-off shotgun.

"We are not trying to make excuses for what happened," Weeks said. "But I can tell you that we did I.D. ourselves and maybe they got confused. And I know that we were reacting to him shooting at us. But obviously, this wouldn't have happened if we had not been in the man's home."

The supervisor is largely to blame, says Weeks, for violating a primary rule of keeping surveillance: Never lose sight of your suspect. In this case, the Lebanon police had lost sight of their informant both in person and on camera. The two houses on Joseph Street look very similar, so stringing together snippets of surveillance footage could not guarantee that what the cops had captured on film was in fact their target drug house.

"We should have blown that warrant off and come back later to start the surveillance over," says Weeks. "We lost sight of our informant and that should never ever occur. I don't believe this; we have procedures, precautions we take so that this kind of thing does not happen."

But hindsight offers little comfort to many people who knew Adams. And it means very little to his wife, who has been meeting with lawyers over the past week. Family members have been by her side nonstop while she fields questions from the press and those involved with the incident. Her niece says that Loraine plans to eventually speak to the media, but is too distraught now. The widow has recently gone back to working as a part-time nurse, her niece added, to keep "her mind distracted from all the pain."

"We were closer than close and they murdered my best friend," Palmer said. "And whoever killed him needs to be tried for that."

The day that Adams was killed, both men had spent the morning and evening together talking about the joys of retirement.

"We were just taking it easy, joking about getting old," Palmer recalled. "He was a Christian man, sweet as he could be. Not violent at all. I don't think he even owned a gun, but if he did, then he was protecting his house."

Lebanon District Attorney General Tommy Thompson is waiting for TBI to decide whether to files criminal charges against the police department and individual officers. If the report concludes that Adams fired first at the officers, the officers involved in the raid will not be held criminally liable, says assistant district attorney Bobby Hibbett. However, they could be prosecuted for civil offenses such as breaking and entering.

"We're in frequent communication with the family," Hibbett said. "Obviously, it's a great concern to us that Mr. Adams' wife understand what's happening legally. We're just feeling our way through it. I've worked in the D.A.'s office for 12 years, I know this city pretty well. Nothing like this has ever happened before."