In an interview with Salon, the feminist icon explains why this election is so critical for pro-choice voters.

By Interviewed by Janelle Brown 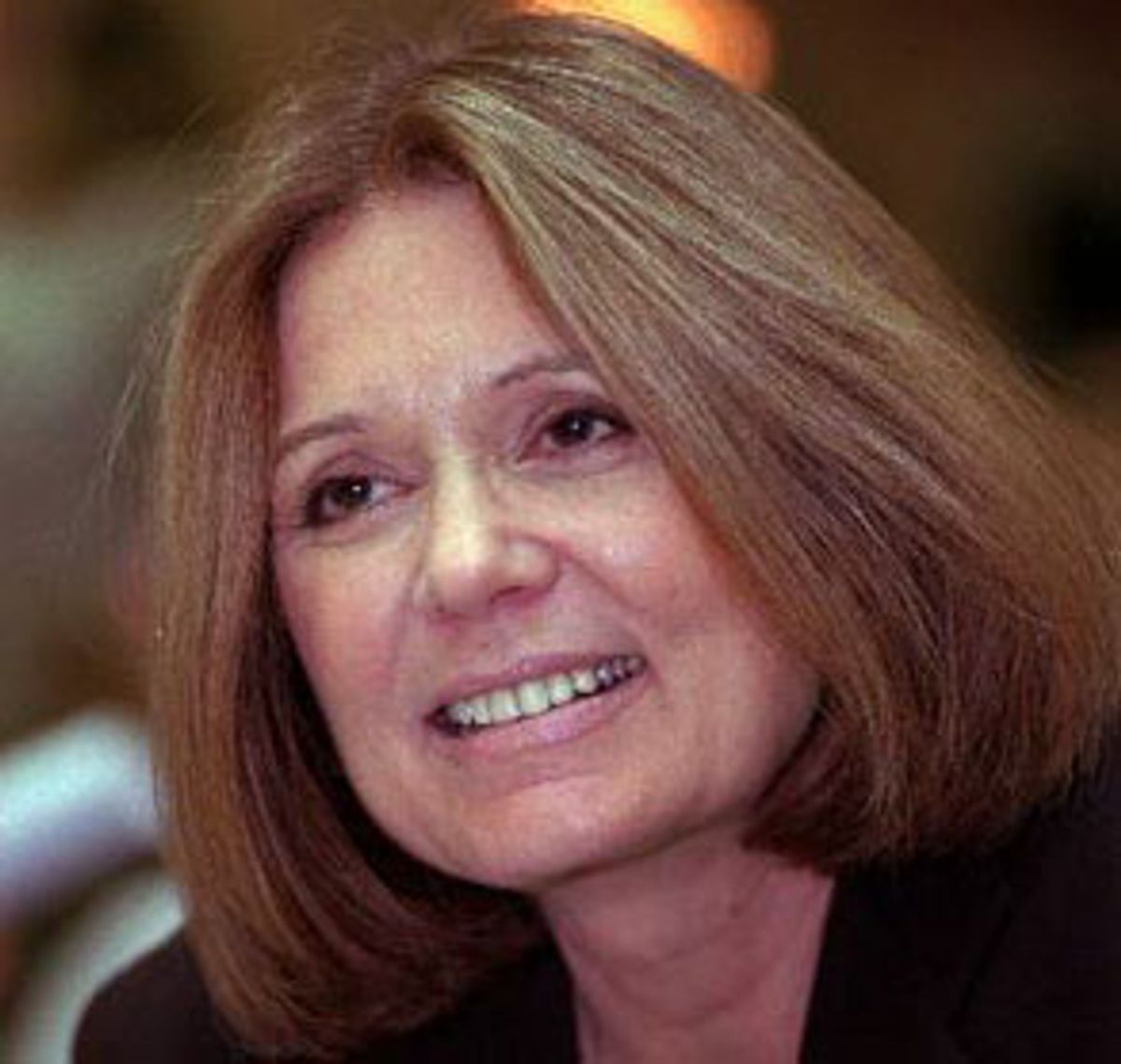 Gloria Steinem once said, "If the shoe doesn't fit, must we change the foot?" The writer, editor and feminist leader has been an activist for over 30 years. Following in the footsteps of Elizabeth Cady Stanton and Margaret Sanger, she is arguably the most influential, revered and inspiring feminist agent of change in America today.

After graduating with a degree in government from Smith College in 1956, Steinem worked as a journalist. In 1968, she cofounded New York magazine. When New York state appointed a commission of 14 men and a nun to investigate the issue of abortion, Steinem's feminism was galvanized. Always active in political and social causes, the young woman from Ohio became a major feminist leader in the late 1960s. In 1971, she cofounded Ms. magazine (where she continues to serve as contributing editor) and co-convened the National Women's Political Caucus. She is also a founding member of the Coalition of Labor Union Women and has been active in peace and civil rights campaigns, Vietnam War protests and political campaigns for candidates like Robert Kennedy and Shirley Chisholm.

Steinem's bestselling books include "Outrageous Acts and Everyday Rebellions" (1983), "Revolution from Within: A Book of Self-Esteem" (1992) and "Moving Beyond Words/Age, Rage, Sex, Power, Money, Muscles: Breaking the Boundaries of Gender" (1995).

Listen to Salon columnist Janelle Brown speak with Gloria Steinem about the importance of this presidential election for reproductive rights.

By Interviewed by Janelle Brown

MORE FROM Interviewed by Janelle Brown