Hundreds of doctors gather in Boston for their annual gabfest about women's sexual dysfunction -- but some of their colleagues say they're misguided. 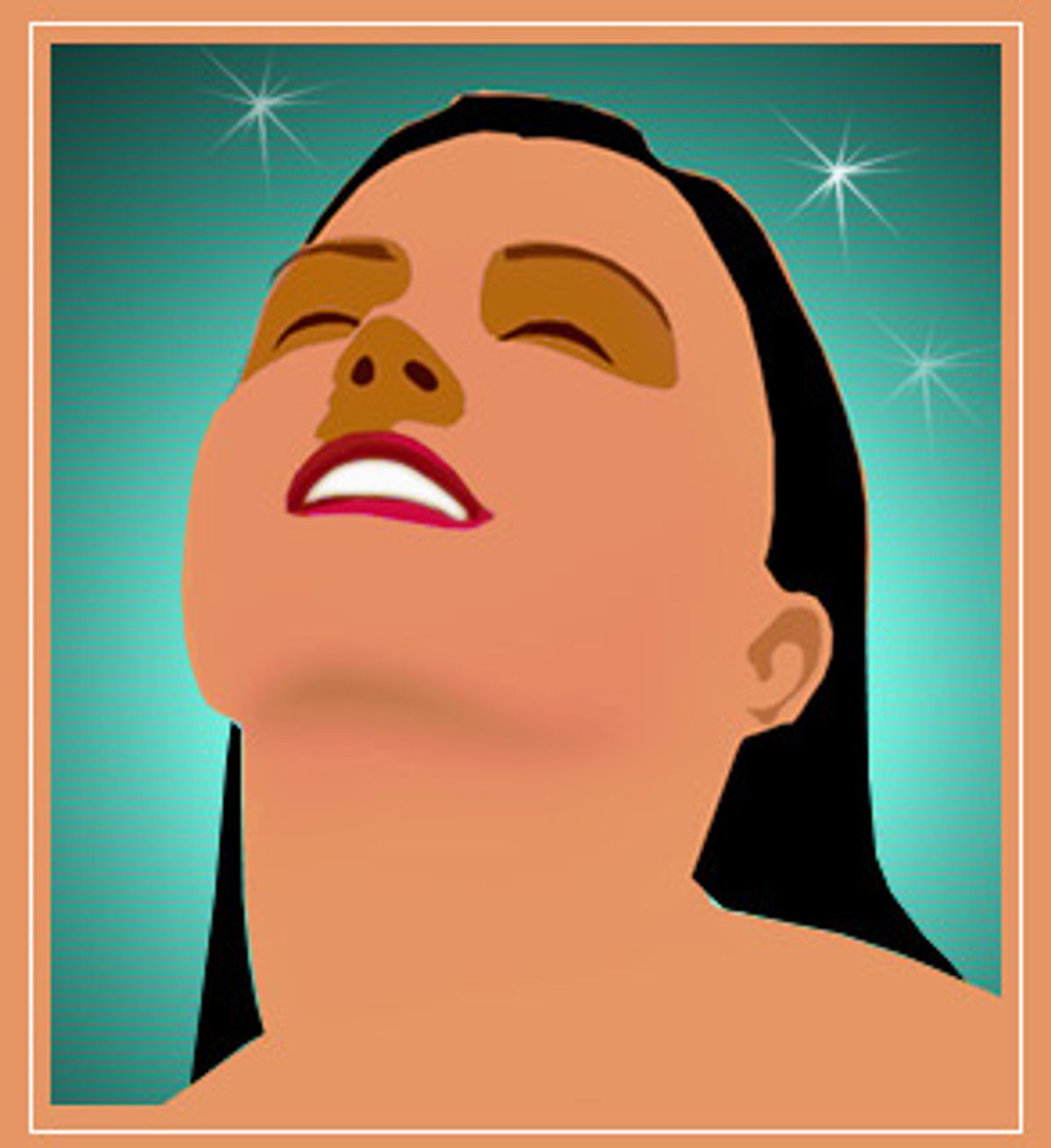 The good news is, doctors and drug companies are paying more and more attention to women's sexual problems. Or -- wait a minute -- is that the bad news?

It all depends on whom you ask.

If you ask Dr. Irwin Goldstein, a high-powered and Pfizer-funded Boston University urologist and one of the head honchos of the so-called FSD -- female sexual dysfunction -- movement, he'll tell you it's great news. He'll tell you that as many as 50 percent of men and women in America have some sort of sexual problem. He swears by Viagra for men and will now tell you, "If we can better understand the processes of female sexual function, we can eventually improve our treatments for female sexual dysfunction."

For the next four days, Goldstein will preside over the third annual "New Perspectives in the Management of Female Sexual Dysfunction Forum." Some 500 people from 23 countries will converge on the plush Marriott Copley Place hotel to take part in 93 presentations with titles like "Central Neurophysiology and Pharmacology of Female Genital Sexual Function" and "FDA Guidelines for Clinical Trials in Female Sexual Dysfunction." Yes, if you ask Goldstein, he'll tell you all of this is terrific news, and that his "ultimate goal" is to help women enjoy sex more.

But then ask Leonore Tiefer about this gathering -- indeed, ask her about this whole FSD movement. She'll tell you this is bad news -- very, very bad news -- for women. Tiefer, a well-known clinical psychologist, professor and author ("Sex Is Not a Natural Act and Other Essays: Psychology, Gender and Theory") who has specialized in sexuality and sex therapy for 30 years, will tell you she's appalled by what she calls the "competitive commercial hunt for 'the female Viagra.'"

She'll tell you about the insidious inadequacy of the bible of the psychiatric profession, the Diagnostic and Statistical Manual of Mental Disorders (DSM), which divides all female sexual problems into four neat little categories: desire problems, arousal problems, problems having orgasms and pain. She'll tell you she's certain that dozens of lectures, slide shows and discussions about rabbit clitorises, rat vaginas and devices to measure blood flow are not going to help improve most women's sexual lives.

Tiefer will tell you that, yes, she'll be one of the hundreds of people converging on Boston to talk about sex. While locals and tourists spend this weekend enjoying the New England autumn -- the crisp air, the foliage bursting with color, the festivals celebrating everything from Scottish culture to cranberries -- Tiefer and a small group of other psychologists, sociologists and anthropologists who have formed the Working Group on a New View of Women's Sexual Problems will be at the Marriott Copley Place fighting the good fight, trying to raise some consciousness about what they believe is "the urological/pharmaceutical co-option" of women's sexual problems.

Salon spoke with Tiefer this week in New York, where she lives and works, just before she left for Boston, where her group was planning a press conference to unveil its blueprint, "A New View of Women's Sexual Problems."

You talk about the overmedicalization of the female sexual dysfunction movement. What do you mean by that?

Too much of the research about women's sexual problems is funded by drug companies and narrowly conforms to their interests. There's just too much emphasis on claiming things are physical and then selling products.

The pharmaceutical companies want products they can market, which I distinguish from products that will help women with their sexuality. Their criteria for many trials exclude women with so many real-world problems -- they exclude women with psychological problems, or partner and relationship problems. They're interested in studying women with purely physical problems. So they find drugs that work on these physical problems, but then their marketing strategy, as we've seen with Viagra, is to market romance. Their strategy is not to be specific and say something works with this kind of person who has this specific kind of problem. They just say, "Use the drug, start dancing!"

So do you feel this conference is dangerous?

I'm mostly feeling sad about it. I think it's not doing what the doctors are coming to have done. Most come to help them learn more about women's sexuality. Ironically, the FSD movement is bringing in a lot of women as patients who say, "I want some help."

You say you want to present a "new view" of women's sexual problems. What's new about your view?

The new view is a new classification system for talking about women's sexual problems. The DSM system that's currently in use is very influential in the world, in research, in treatment and in the teaching of all kinds of professions. And it's very influential in terms of how ordinary women view their own sexuality -- whether they think they're normal, whether they think they have a problem. I believe that classification system is profoundly flawed.

Yes, but it's very important to recognize that fundamentally it's a very different kind of list. The DSM is based on what constitutes "normal" sexuality, and then it offers four examples of symptoms that deviate from normal sexuality. We start off with a definition that has much less to do with any kind of universal biological norm. We define a sexual problem as discontent or dissatisfaction with any emotional, physical or psychological aspect of sexual experience. It's a very subjective definition by a woman.

OK, so now explain how you can fit these subjective dissatisfactions into four "new" categories.

The first one is the social, cultural, political or economic category, which is completely missing from the way the DSM looks at sex. For example, is the woman having a problem because there is no sex education, so that she doesn't even have a vocabulary to talk about her problem? Or is it a cultural problem because the norms that she was raised with are different than where she lives now? Or maybe she and her partner are from different cultures.

Then there is our second category: Is it a problem having to do with the relationship itself? Maybe there's a lot of conflict, or distrust, or abuse, or negativity in the relationship. Or maybe the sexual compatibility is really low, so that what a woman likes or wants is a lot different than what her partner likes or wants. Or maybe her partner has a sexual problem that's having a terribly inhibiting effect on this woman.

Talk about your third category, sexual problems due to psychological factors.

Psychological problems can cause sexual problems. It can be just general personality problems, or an attitude of fear or hostility or mistrust, or phobias that come from past abuse. There are quite a few women who are very afraid of becoming pregnant, or getting an STD, or losing something valuable, like their reputation or their self-esteem, if they were to become pregnant. So it's something inside the woman, something psychological.

Your fourth and final category does seem to acknowledge a purely medical, or physiological, basis for some women's sexual problems.

Yes. It could be a disease process, something circulatory, or it could be an STD that's giving a woman pain, or it could be a side effect of medication or surgery. Situations where despite everything in the first three categories being OK -- and that's really crucial, and quite different than the way the field of women's sexual problems is going now, which is to look at the body first -- there's something functionally wrong with her sexuality.

So you're agreeing with many of those you otherwise disagree with, that a purely medical approach can sometimes be valuable?

I don't think a purely medical approach can ever be valuable. I do think there are women whose sexual problems are medical in origin. But our medical category requires a ruling out of psychological, relational and sociocultural issues that are interfering before we conclude that this is a medical problem. I'd like doctors to have these ideas going through their mind, instead of first saying it must be hormonal or a blood flow problem or whatever.

Sure, the more subtle of the doctors can accept that people have minds and feelings as well as bodies. But it's still as if whatever the problem is, it's yours alone, it's your individual problem, because either you had an unlucky life or an unlucky body. All of this energy is only going to help one woman at a time -- at best. A lot of it won't even do that. We've had 30 years of feminist research and writing that have shown that there are patterns of social reality that cause -- dare I say it? -- the majority of women to have certain kinds of sexual problems. Is that to be ignored? None of what's going on in the FSD movement is addressing that.

You are one of the speakers at this conference. That's a good sign, isn't it?

The topic is "Beyond Dysfunction: A New View of Women's Sexual Problems." I get eight minutes.

It looks like the program also includes discussions of sexual abuse and other topics that are not just about the mechanics of a woman's body.

Oh, yes. There will be some other speakers who will be talking about women's sexuality in a way that's not just, you know, how to fix the labia after cancer. There will be more attention to some of these larger contextual issues, or at least to women's feelings and relationships, than last year. But is it because we've had a year more of doctors trying to treat women's problems, and failing with their narrow approach? The fact is, the vast majority of presentations are not saying, "Maybe we don't understand women's sexuality correctly." They're saying, "These 12 things didn't work, but mine, No. 13, is a winner! Mine is a cream instead of a pill, a gel instead of a cream!"

There are some women who will tell you they were given a pill, or a cream, and it did help them. Are you saying they're deluded?

I'm certainly not going to say these women don't know whether they feel better or not. But I am going to say it's not the first and only way to go.

Barbara Raab is a writer and producer in New York City who contributes regularly to NBC News and PlanetOut.com.