Why I fell in love with shooting stars, vans a-rockin' and watching a big screen from the back seat. 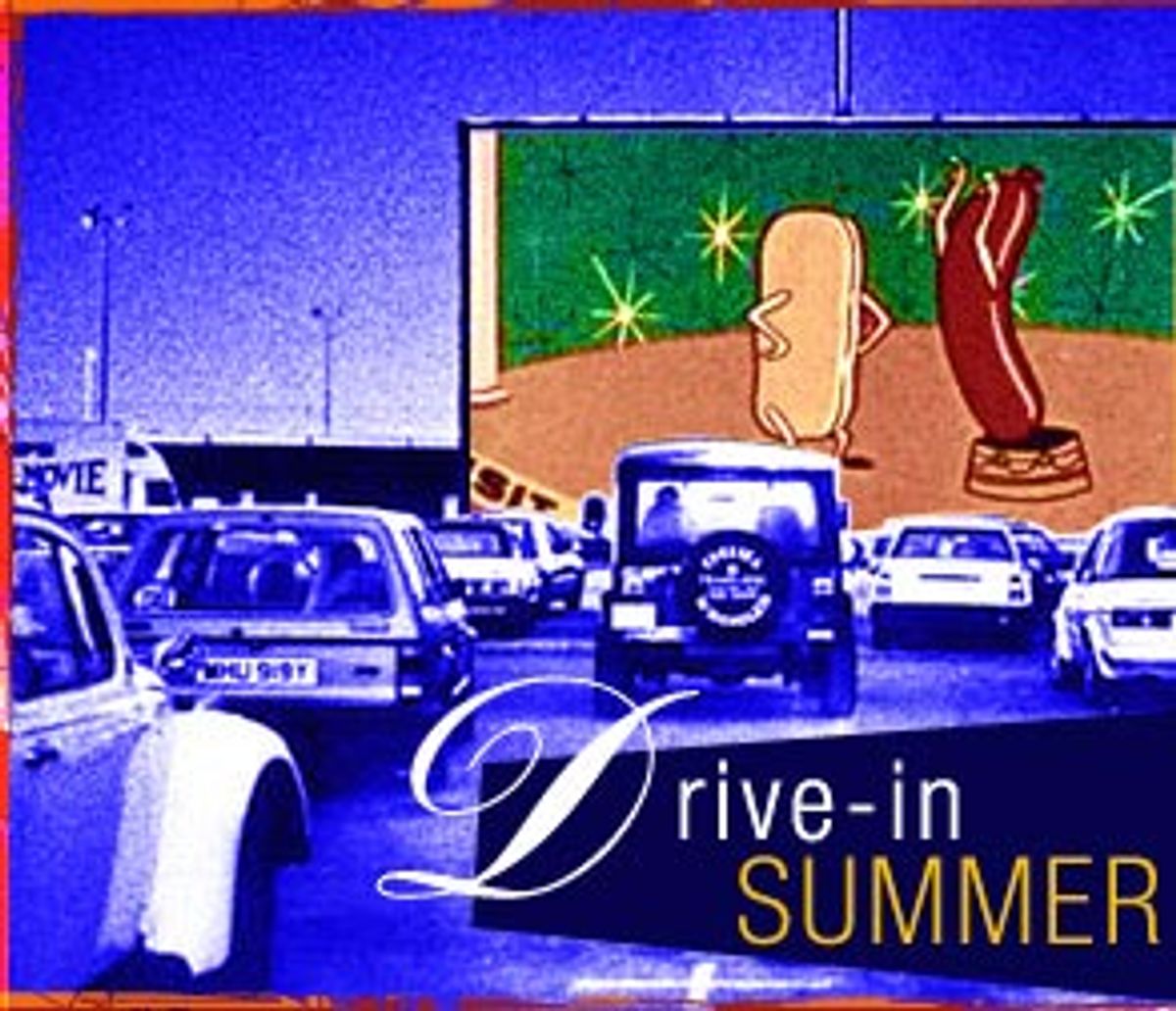 My parents tell me that I saw my first movie at a drive-in. But the only clear memories I had of the outdoor theaters that Variety used to call "ozoners" were of the Tropicaire Drive-In in Miami, where we used to go to the flea market on Saturdays, and of John Travolta singing sullenly in front of a drive-in screen in "Grease."

It wasn't until late in the summer of 1999, when I was living in Boston, that I first went to a drive-in behind the wheel of my own car. I'd known for some time that the Wellfleet Drive-In was the last remaining drive-in on Cape Cod, the meandering, sandy arm of land off the southeast corner of Massachusetts. Every year, the Wellfleet Drive-In is the subject of at least one big "last of a vanishing breed" stories in a Boston newspaper or magazine. I was spending a long weekend in the fishing village of Wellfleet with my girlfriend, Amy, and another couple. We watched Steve Martin's "Bowfinger" and the superhero parody "Mystery Men," four of us piled into the flattened cargo area of my Jeep Cherokee, which we'd parked backward, with the gate open.

I was enthralled. At the drive-in, you could look for shooting stars when the movie bogged down, take a walk and try to spot some vans a-rockin' or wing pieces of saltwater taffy -- as we did that night -- at the cars whose passengers absent-mindedly turned on the lights or tapped the brakes during the show. It was half the price of seeing an indoor movie. And the screen was 100 feet wide!

Two movies that would have felt like ponderous time wasters at a multiplex seemed light and whimsical at the drive-in. Hollywood lately seems much better at meeting lowered expectations; if it insists on flooding theaters with B-movies, why shouldn't we see them at the drive-in, the ancestral home of the B-movie?

As this summer's drive-in season in New England approached, I decided it would be a fun project to try to see more movies in my car than I saw at the multiplex. Later, I came up with a secondary mission: to visit all of the surviving drive-ins in Massachusetts.

Convenience isn't a reason you fall in love with the drive-in. None of them is within an easy drive of Boston or many other big cities. Unless you're severely lost, you're not likely to stumble across one. And if you do, odds are that it's abandoned -- there are only about 520 drive-ins left in the country, down from a high of 4,063 in 1958. The ones that have survived are huddled in the woods outside smaller towns like Lunenberg, Mass., or Amelia, Ohio, where real estate prices haven't shot up too far or too fast.

But there are plenty of aesthetic and practical reasons that spurred my transformation from a denizen of the mall multiplex to a devotee of the drive-in, and nostalgia had nothing to do with it: