Adam Sandler deserves to be damned to the pits of hell for this witless masturbatory comedy. 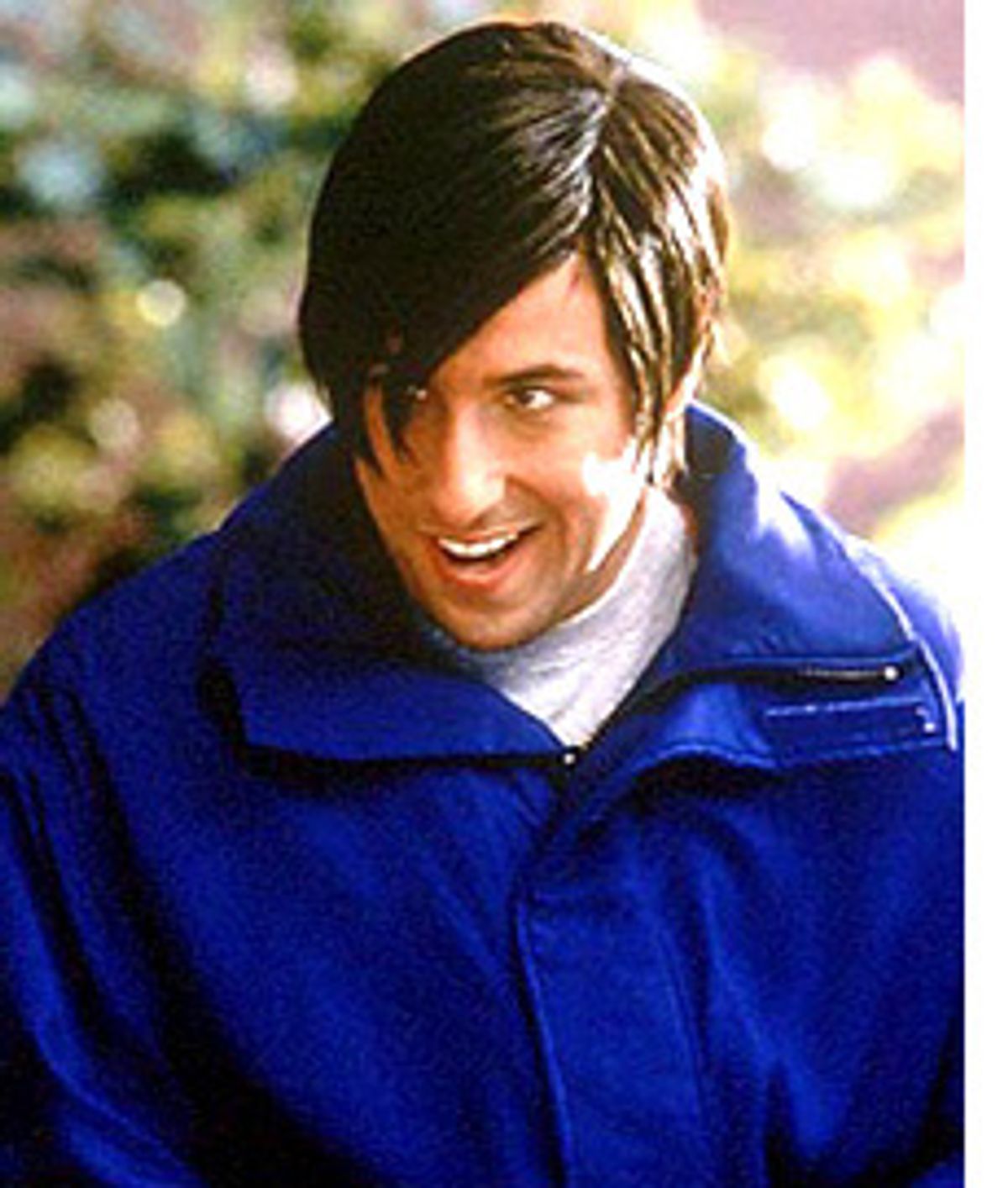 Critics always run the risk of appearing to be snobs when they slam a silly comedy. So before I descend any further into the lower circles of "Little Nicky," I should say that I like tasteless, sophomoric and scatological humor. Tell the truth: How many times have you chuckled over Fat Bastard since seeing the last Austin Powers movie? And isn't "Dumb & Dumber" so gross, so insistently childish that it reaches the sublime? I think so. But for that sort of humor to work it has to feel like the spontaneous outburst of a grubby kid happily playing with his own filth rather than the calculation of a committee risking a hernia by trying to be out-fuckin'-rageous!

Watching the execution of the gags in "Little Nicky" is, to quote an old Woody Allen line, like watching Kate Smith as Peter Pan: You're too conscious of all the heavy lifting involved to believe that anything has really taken flight. The cardinal rule for telling a joke is to get away from it as soon as it's out. But the director of "Little Nicky," Steve Brill, has hit on the comedy equivalent of instant replay; he plays scenes as if he's working for an audience of people with ADD. It's funny enough when a TV newswoman announces that the mayor of New York has lowered the legal drinking age to 10. It's immediately less funny when a group of kids stagger out of a bar and one emits an endless stream of vomit. And I haven't said anything about the gags involving the set of boobs Kevin Nealon grows on his head.

With the exception of the scenes involving one performer (whom I'll get to shortly) I laughed exactly once in "Little Nicky," when Satan's assistant reminds the dark lord, "At 4, you're shoving a pineapple up Hitler's ass." But damned if an Adolf lookalike doesn't walk in dressed in a pink baby doll nightie to spoil the joke.

Of course, complaining that "Little Nicky" is spoiled is like complaining that you bought a Twinkie that's past the sell-by date. Adam Sandler, peering from behind his forelock and speaking like Peter Lorre come back as a whining slacker metalhead, plays the youngest son of Satan (Harvey Keitel -- apparently the filmmakers were so tickled by the idea of casting Keitel as Satan that they forgot to write material for him) who must go to Earth and capture his evil brothers ("Tiny" Lister, Rhys Ifans), who've escaped from hell, before they bring about the destruction of his beloved dad.

The one bright spot, in all ways, is the indestructible Reese Witherspoon as the angel who turns out to be Nicky's mom. Since, the movie explains, angels stay the same age as when they die, Nicky finds that his mom is a bubbly, snub-nosed valley girl. Witherspoon takes that rather tired idea and runs with it. She and her coterie of Val angels treat heaven like it's just the neatest place ever. There's a great little tossed-off gag when a bell rings and Witherspoon plucks out a princess-pink cellphone and begins yakking to a girlfriend anxious to find out about Nicky ("I don't know if he's hot. He's my son, you perv!"). She's the very image of a bubbly personality and a bubblehead undeterred by imminent disaster. It's not just in character that Witherspoon provides a little slice of heaven here. As for the rest of the movie, Yes, Virginia, there is a hell.