It's time for the Gore and Bush camps to do the right thing. 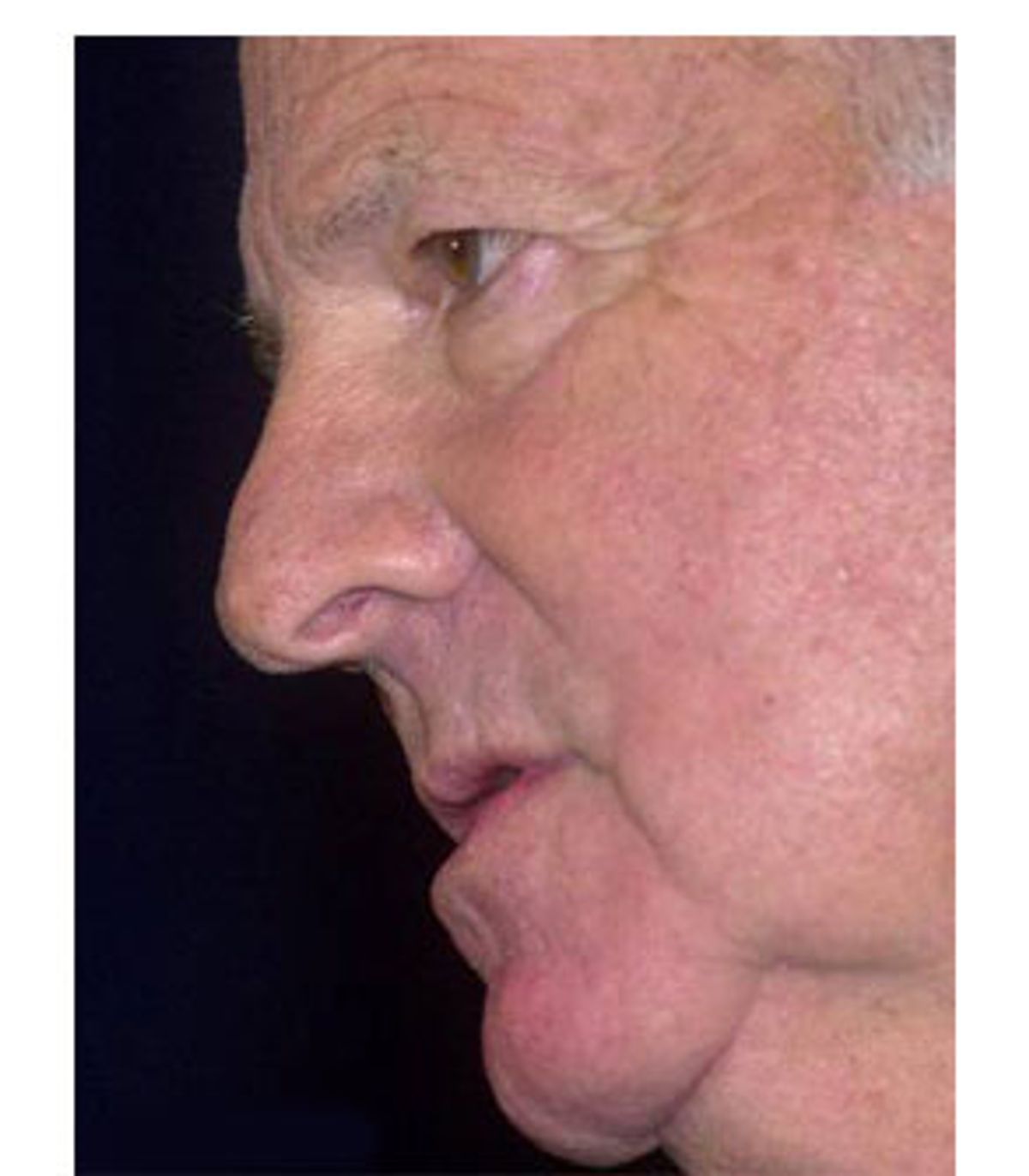 It's getting uglier by the hour, but there is still hope that the presidential slugfest can be reined in before it collapses into all-out partisan squalor, taking the rest of the country down with it.

If no agreement on how to proceed is reached soon, two grim scenarios are likely to unfold. First, a large portion of the electorate will not accept the victor as having actually won -- an outcome that could permanently mar our faith in the democratic process. Second, the bitterness between the two parties will reach such extreme, Hatfield and McCoy levels that they won't be able to work together at all, bringing Congress to a grinding halt.

Fortunately, a fair and simple solution is at hand. Both parties should immediately agree to manual recounts -- not just in the four Democratic-leaning Florida counties for which the Gore camp has requested recounts, but in every county in the state, including those that skew Republican. In addition, to remove any possible doubt about the outcome, it should be agreed that manual recounts will be allowed in other states where the margin of victory was hair-thin, if they are requested by either side. Finally, it should be agreed that neither camp will bring any other legal challenges to the election. Troubling allegations have been raised of fraud, voter intimidation, attempts to suppress the black vote and other serious offenses, but in the interests of closure the Democrats should rule out future litigation on those issues now.

This proposal -- a version of which the New York Times endorsed today -- is the only one that will allow the winner of this extraordinary election to assume the office with a sense of legitimacy. And it will erase the missteps both sides have made so far.

The Democrats committed the first foul when they threatened to bring lawsuits claiming that the now-notorious "butterfly ballot" was illegal. These threats were obviously part of a two-track strategy (if they win on the merits, they'll bag the legal remedy) and they haven't done anything to act on them yet, but nonetheless the idea of challenging the ballot is rash and violates a fundamental principle of fairness: Your voting intentions don't get to count, only your actions.

Democratic partisans like attorney Laurence Tribe and Times columnist Anthony Lewis argue that every citizen has the right to have his or her vote correctly counted, especially with the fate of the nation and much of the world hanging on just a few hundred votes. But the unfortunate truth is that mistakes are part of the electoral process -- and to overturn that essential principle simply because the vote happens to be mind-bogglingly close would be to, in effect, change the rules of the game after the game has begun. In this case, the compelling principle that "every citizen's vote deserves to be heard" is trumped by a more basic principle: The rules are the rules.

If at the end of the recounts and absentee ballots, George Bush turns out to have been elected because a couple of thousand elderly Democrats in Florida couldn't figure out how to vote correctly, it will be surreal, it will be Ionesco-like, it will be agonizing for Gore supporters. But it will only be unfair in a metaphysical sense, and metaphysical unfairness and 60 cents will buy you a candy bar. If many Americans subsequently want to put a mental asterisk next to a Bush presidency in their record books, they can go right ahead. But they have no right to say the election was stolen from them -- in one of the football analogies that this first instant-replay election constantly conjures up, they will have fumbled it themselves. Let's not forget that it was a Democratic official who commissioned and approved the controversial Palm Beach ballot. Surely, in the event of a Republican victory, both sides can agree on one simple precept: George W. Bush was elected because life isn't fair.

As for the Republicans, their effort to block a hand count, first by going to court and then by unleashing Florida's blatantly partisan secretary of state, was more egregious -- far more, in fact. Perhaps they were goaded into it by the Democrats' overreaching on the butterfly ballot, but while the Gore forces merely talked about playing the legal card, the Republicans actually did it. In an obviously self-serving attempt to preserve their subatomic particle-sized lead, they went to court (federal court, no less, proving once again that states' rights are only sacrosanct when they happen to be Republican rights) to try to prevent the manual recount from taking place. The argument: that handcounts are chaotic, utterly subjective and capable of being twisted by malevolent forces into any outcome. To hear James Baker and his fellow GOP spinners tell it, a manual recount is a cosmic miasma, a postmodern collision of Heisenberg's uncertainty principle and Derrida. Like one of those scientists in bad sci-fi movies who use a pencil and an apple to "demonstrate" how his time machine works, a lab-coated Baker informed us that only machines, all-powerful, all-seeing machines, are objective enough to count ballots.

Leaving aside the delicious spectacle presented by this representative of the party of yeoman farmers and agrarian, handmade resistance to the Godless age of rationality bowing before a clanking, ballot-tabulating machine, this argument is ridiculous. Trying to figure out whether a scrap of paper on a ballot is hanging or merely indented is not like parsing Georges Bataille, or reconciling wave and particle theory. Vote-counting is a Newtonian activity; this is a count, not an exercise in hermeneutics. To return to the instant replay metaphor, the play being reviewed isn't a murky pass-interference call -- it's a fumble, and not a particularly hard one to call -- with 50 cameras recording it. Manual recounts, under the supervision of representatives from each party, are obviously more accurate than machine counts. That's why there has never been any controversy over using them -- and why Gov. Bush himself signed a Texas law declaring that manual counts are preferable to machine counts.

Is there any doubt in any reasonable person's mind that, if the shoe were on the other foot, Baker, Rush Limbaugh, Sen. Connie Mack and the whole GOP shooting match would be screaming at least as loudly as the Democrats are now for a hand count? In fact, Mack won his Senate seat in Florida, beating Buddy MacKay in 1988, thanks to a hand count.

Equally insulting to the American citizens' intelligence is the oft-repeated canard that the Democrats are going to keep recounting "until they get the results they want." Of course the Democrats are urging recounts in areas where they expect to pick up votes -- but it isn't as if those votes are somehow being conjured up out of thin air. They're real votes that were missed by the machines. Contrary to GOP claims, there is nothing holy, nothing wrapped in the American flag, about computerized vote-counting -- and in a race this close, not to get the count as accurate as possible would forever leave a cloud of suspicion over the result. As long as Republicans have the right to demand manual counts in counties of their choice, this should be a nonissue.

In a more abstract sense, a manual count, precisely because it is so painstaking and laborious, pays eloquent homage to the irreducible unit of democracy: the individual citizen. What could be more fitting, in an election that may end up being decided by a single vote?

The Bush camp is still in thrall to the hallucination (whether it believes it, or is simply embracing it for its obvious strategic value, is unclear) that it has already won. It has started up the grand "Hail to the Chief" music, it has draped Bush in presidential splendor. From this delusive GOP perspective, the Gore camp's calls for recounts are attempts to overturn reality -- mean-spirited and un-American, "a black mark on our democracy and our process," as Baker intoned. If the Republicans can convince the American people that Gore is a sore loser, Bush can win -- so goes the strategy.

Where Bush's people got the idea they could convince the American people that they won -- with Gore leading in the nation's popular vote, holding a current edge in the Electoral College vote and chipping away at the 200-odd votes in Florida that give Bush his ONLY claim to victory -- is one of those mysteries that may remain forever insoluble. Certainly, the people aren't buying it: 72 percent of those polled say they want to wait for an accurate count. The longer the Bush camp clings to this arrogant strategy, the more credibility it loses and the more it poisons the atmosphere. (Highhanded attempts to hand Bush the victory by declaring that time has run out, like Florida Secretary of State Katherine Harris' declaration that all hand counts must be finished by Tuesday, don't help either.)

For their part, the Democrats have to give up their dreams of a legal magic bullet, which are equally deluded and divisive.

If both sides can agree on these ground rules, it won't make everyone -- maybe not anyone -- happy. But at least nobody will be able to call foul.