No ruling expected Monday from the Florida Supreme Court on manual recounts -- but disqualified military ballots could get a second look. 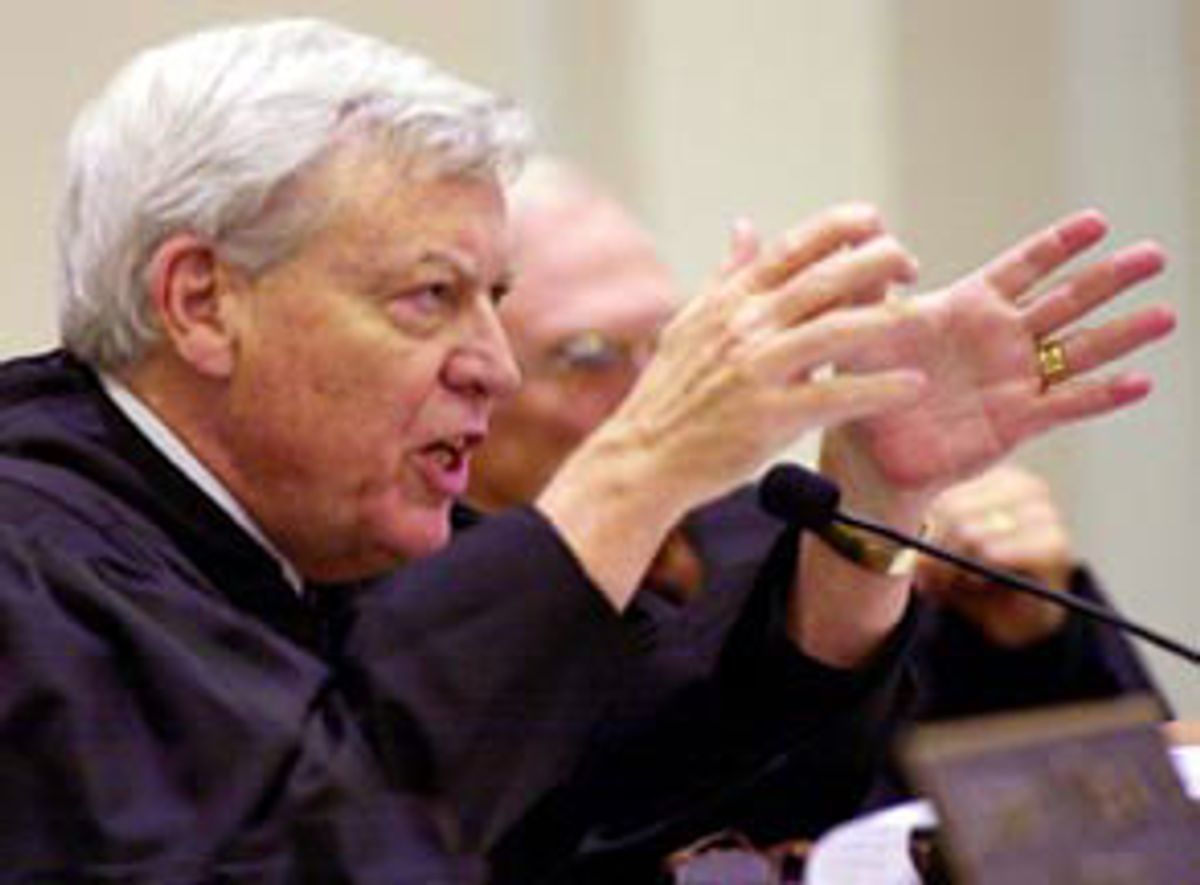 Lawyers for Vice President Al Gore and Gov. George W. Bush made their cases Monday before the Florida Supreme Court, arguing over whether late, manually recounted ballots should be included in the state's final vote totals. The panel of judges seemed concerned with practical questions, interrupting the lawyers' presentations repeatedly with inquiries about how manual recounts could be conducted in time to accomodate the requirements of the Electoral College.

The Democrats' lawyers argued that waiting for the results of the manual recount was required out of basic fairness, but the court repeatedly pressed the attorneys about the need for a deadline on the recounts and manual counts.

The seven judges were equally critical of the Republican presentation, demanding that attorneys arguing on behalf of Bush explain how, under Florida law, there is no way to extend the deadline for a county's recount before the results are certified. The court's justices, at different times, raised questions about the law's apparent contradiction, allowing for recount requests up to seven days after the conclusion of an election -- but then also requiring the vote be certified after that same seven-day period.

The hearing lasted about two and a half hours, and the court has announced that there will be no ruling issued Monday.

Meanwhile, as the hearing was underway, Bob Butterworth, Florida's attorney general and a prominent Gore supporter, recommended that some previously rejected overseas absentee ballots be considered, even though they may lack proper postmarks. Republicans have charged that military personnel were disproportionately penalized by the stringent election laws.

Elsewhere in court, the Democrats have lost a long-shot battle in Palm Beach County. Judge Jorge Labarga ruled that he has no standing to order a revote in the county, leaving butterfly-ballot protesters out in the cold. That decision does not affect the continuing manual recount, and an appeal is expected. But forces loyal to Vice President Al Gore did earn a victory elsewhere in court on Monday when a Seminole County judge refused to block a lawsuit challenging 4,700 absentee ballots. In that case, Democrats have charged that local GOP election officials bent the rules to allow invalid ballots to be counted in the predominantly Republican county. That court is apparently in no hurry, and has scheduled an evidentiary hearing for next week.

Before Monday's court manuevers, Montana Gov. Marc Racicot emerged as the main spokesman for the Texas governor's effort to end the recounts. He delivered the new message of a host of Republican lawyers, observers and politicians that the manual recount process has been tainted by incompetence, partisanship and, possibly, fraud. "To reverse the results of this election, Al Gore supporters are less interested in accuracy and more interested in changing the rules to generate votes they need to win," Racicot said.

Such criticism has increased tensions in some recounting centers. In Palm Beach County, a minor scuffle broke out on Sunday when a vote counter accidentally put a ballot in the wrong stack. So far, Bush has been the beneficiary in the recount there, reportedly picking up seven votes. The county's canvassing board has been reluctant to issue new vote totals until questions about hundreds of disputed ballots have been resolved, one of the factors slowing down the process. Election officials have backed off from their self-imposed deadline of Tuesday, and now say that the recount could stretch past the Thanksgiving holiday.

In Broward County, election officials believe they will be finished with the manual recount by Monday afternoon, but their speed has not diminished the controversy. The canvassing board reversed an earlier decision, and has pledged to consider dimpled chads valid votes in some cases, raising the ire of Republican observers. So far, that county's recount has resulted in a 108-vote gain for Gore. In Miami-Dade County, which begins its recount Monday, a machine sorting of ballots to isolate "undervotes" -- those with no presidential choice indicated -- led to charges by the GOP that ballots would be damaged. And county officials denied a request from Republican observers to photograph the floor of the recounting area to show stray chad.

Poll results
According to a Gallup survey, Americans are growing less worried, not more, as the Florida election controversy continues. Of those polled over the weekend, 10 percent regard the impasse as a constitutional crisis, while 44 percent view it as a major problem. Those numbers are down from a survey just a week ago that showed that 15 percent of Americans considered the matter a constitutional crisis and 49 percent regarded it as a major problem.

While Bush supporters are more worried than Gore supporters are about the delay, there has been an increase among both camps in those who say that the Florida controversy is not a big deal. Overall, 32 percent of Americans say it's a minor problem, while 12 percent say it's not a problem at all. And although there's a strong partisan split in reaction to the manual recounts and court battles -- with Gore supporters in favor of and Bush supporters against both -- an overwhelming majority of Americans are ready to accept either candidate as the new president, with 80 percent saying they would accept Gore as the legitimate leader and 86 percent saying the same of Bush.