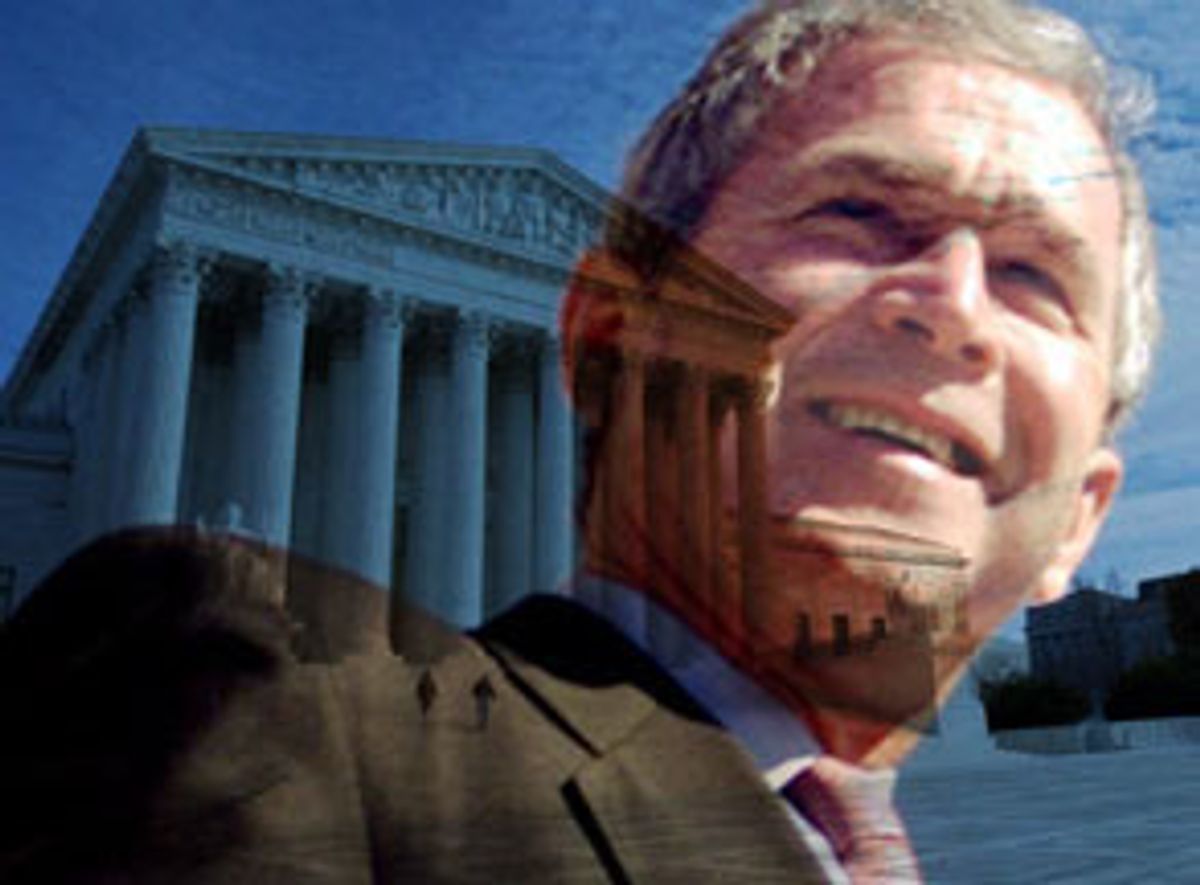 Salon has learned that Democratic Rep. Peter Deutsch, D-Fla., will call for a federal investigation into whether Republicans organized an effort to intimidate the Miami-Dade County canvassing board into stopping their recount. Perhaps of more immediate consequence, Salon has also learned that Florida's Nassau County, which is largely Republican, has decided to report its original election returns -- rather than its recount tally -- to the secretary of state Sunday, thus stripping Vice President Al Gore of 51 votes.

Nassau County Commissioner Marianne Marshall confirmed that, just before 9 a.m. EST, she -- as a temporary member of the canvassing board -- was one in a 3-0 vote to use the original Election Day numbers. The vote came upon the recommendation of Supervisor of Elections Shirley King, a Democrat, who "felt that they [the original election night numbers] were more accurate" than the mandated recount numbers, according to Marshall.

"If she said that that's the way she wanted to go then I support it," Marshall said, offering that the switch would mean a net loss of 51 votes for Gore in the statewide tally. "Shirley King has been the supervisor of elections for Nassau County for 28 years. She has always been very honest and served with integrity and I respect her immensely," Marshall said. Joining King and Marshall in the vote was Judge Bob Williams, also a Democrat.

In addition to the 51-vote loss for Gore, the board voted to allow an overseas absentee military ballot, which went for Gov. George W. Bush.

"This is an example of ignoring the law," said Gore spokesman Douglas Hattaway, "and a reason why we're going to have to contest the results." After it was pointed out that the decision was made by a majority Democratic three-member canvassing board, Hattaway said, "It doesn't matter what party they are, they've got to follow the law."

The Bush campaign was working on a conference call dealing with overseas military ballots and could not immediately be reached for comment.

Deutsch, who represents parts of Southern Florida, told Salon that he was calling for a federal investigation into the events that he said led to Wednesday night's vote by the Miami-Dade canvassing board to suspend its hand recount efforts.

In its petition to the Florida Supreme Court to force the canvassing board to hand recount the votes -- a petition that was rejected -- the Gore recount committee charged that the board was "perhaps influenced by the protests, political attacks and near mob-like action."

"[O]pponents of the tabulation ... launched personal attacks directed at Canvassing Board members and election personnel," the petition stated. "Those tactics plunged to even uglier depths, exemplified by a New York Congressman's accusations that 'thugs' were trying to 'steal' the election ... Scores of noisy demonstrators engulfed the counting floors ... yelling and some pounding on the doors and windows ... Democratic personnel were physically assaulted within yards of the vote counting."

On Friday afternoon, Gore's running mate, Sen. Joe Lieberman, D-Conn., added to this argument, saying, "I am deeply disappointed by reports of orchestrated demonstrations on Wednesday inside a state building -- a government building -- in Miami-Dade County. Not just to express a point of view, but to disrupt and halt the counting of ballots. These demonstrations were clearly designed to intimidate and to prevent a simple count of votes from going forward. Shortly afterwards, one of the commissioners said, and I quote, 'we would be up there now counting' if it weren't for those objections. He then joined his colleagues in deciding to give up the effort to count the ballots altogether."

Deutsch will take those charges a step further in a letter he plans to write to the U.S. Justice Department's division of elections. "What happened in Miami-Dade was illegal," Deutsch said in a phone interview with Salon. "Out-of-town paid political operatives came to South Florida to disrupt a federal election," he charged, alleging that such actions violate a law that prohibits crossing state lines to "intimidate" parties supervising a federal election.

A 1996 study in the Yale Law Journal concluded that "in considering the Civil Rights Act of 1968, the 90th Congress found that there was 'no question of the constitutional power of Congress to punish private interference with voting in Federal elections, interstate travel or interstate commerce.'"

But Jim Wilkinson, a spokesman for the Bush recount team who was present at the protest outside the Miami-Dade canvassing room, says that there was nothing orchestrated about the protest. "There were between 80 and 100 of us" outside the room, Wilkinson said, "and it was a very emotional group of young people. But they thought the election was being held behind closed doors." Hence they all walked outside the canvassing room and protested -- emotionally, but spontaneously, Wilkinson said.

Wilkinson observed that the Democrats have their share of protesters in Miami, too. "Al Gore has union volunteers that they've bused in from out of town to down here in Miami," he said. "Jesse Jackson brings a thousand or 10,000 volunteers to Florida and they have no problem with it. All of a sudden, we have 100 people and we're intimidating. Republicans are using Democrat protest tactics and they don't like it."

As for Deutsch's complaint, Wilkinson said, "Welcome to the First Amendment, Mr. Deutsch. Press conferences and rallies are protected speech."

"All Al Gore -- and the American people -- want is a fair an accurate count," Deutsch said. "Unfortunately, all Governor Bush seems to want is to do everything he can, legal and extralegal, to stop the count. And now he's done something illegal. If America stops and thinks about what has occurred, it is beyond anything you'd see in a movie."

Gore spokesman Hattaway said that "We support Congressman Deutsch's call for an investigation. We've urged the Bush campaign to call off their supporters who are intimidating officials in Florida."