The art of innovation

What Silicon Valley is trying to do now, C 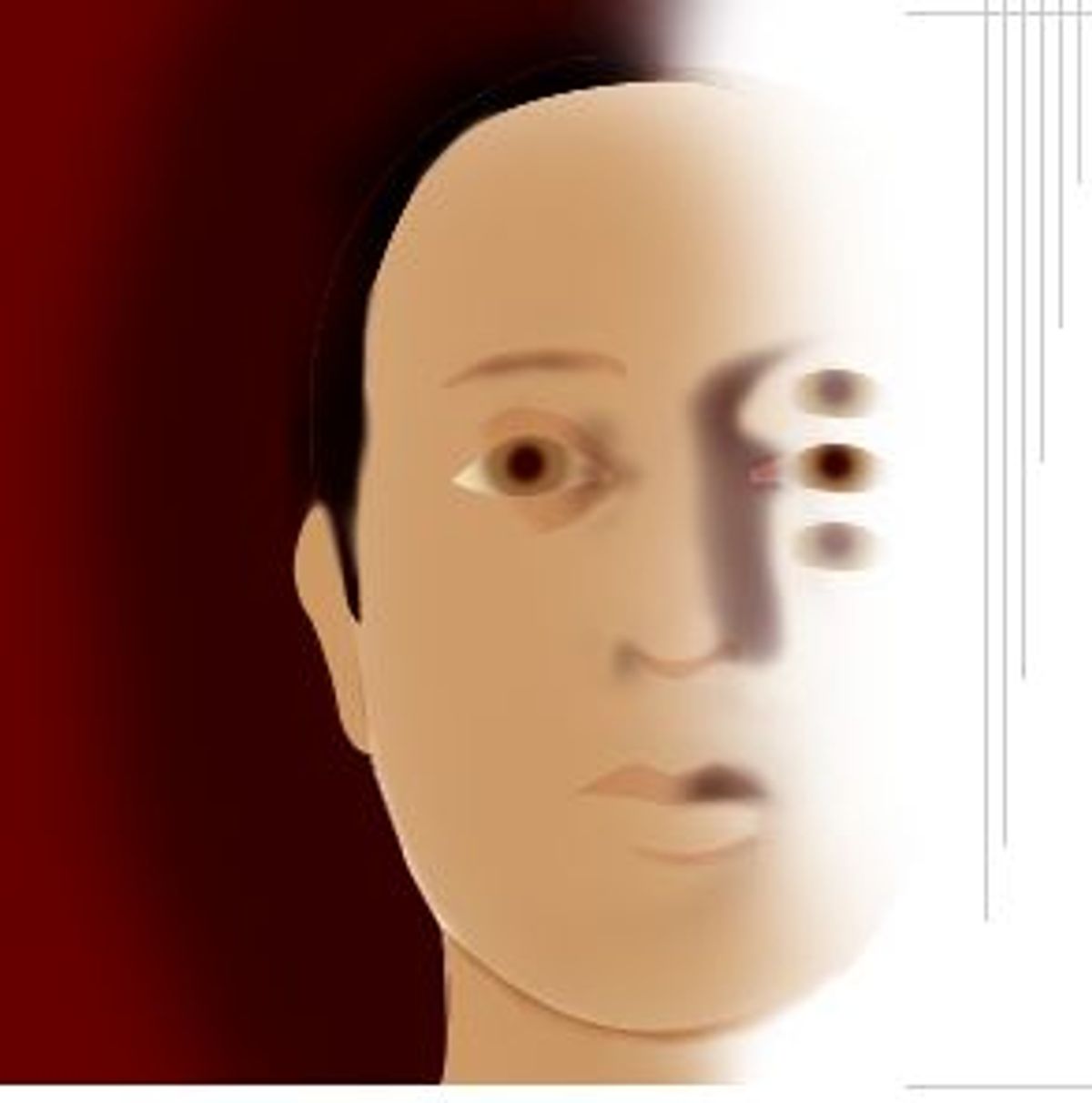 Every now and then, someone very young turns, with astonishing creativity, to the task of creating an entirely new way of doing something. Napster founder Shawn Fanning at age 18 reinvented the way music is distributed over the Internet. Bill Gates, at age 19, foresaw a future in what were then known as microcomputers and founded a company he called Microsoft.

Innovation, the act of creating change, has a knack for coinciding with youth. This is true in technology, and it is also true in art.

University of Chicago economist David Galenson charts the sea change from artistic tradition to reinvention, using the auction prices of paintings as his measure of value. Correlating the price of a work of art with the age of the artist at the time of the painting's execution, Galenson mapped the patterns of success and innovation over the past century in art history. His essays describe French and American painting, but their relevance is much broader.

Galenson's observations about art hold up a mirror to the world of high tech. They may also have something to show us about how the new economy works and how it can maintain its present momentum in the future. Can young innovators hold onto their capacity for invention as they grow older? Which movements will remain influential and which will be one-hit wonders?

Take a look at how artistic rebellions have played out in the history of painting. Just as upstart companies of the new economy -- early blockbusters like eBay and Yahoo -- unseated the traditional corporations of the old economy, so the young Turks of French, and later American, art bucked tradition in favor of something new and radical.

One hundred fifty years ago, the leading artists in French painting earned acclaim by way of many years of practice. French artist Honoré Daumier produced his most valuable work in his early 60s; Eugène Delacroix, in his late 50s; and Jean François Millet, in his 40s.

Half a century later, the tide had swung from gradual mastery to the radical new innovations of the young impressionists: Claude Monet painted his most valuable paintings in his late 20s and early 30s. Alfred Sisley, Berthe Morisot and Pierre Auguste Renoir reached the zenith of their careers in their 30s. Pablo Picasso's and Georges Braque's irreverent forays into cubism took place when the artists were only in their 20s.

Not that older American artists were without invention. The previous generation of American painters included more than just those who painted relatively traditional figurative art, such as Fairfield Porter, whose most valuable work came in his 60s. It also included Robert Motherwell, whose highest-priced paintings date from his late 60s and early 70s. Mark Rothko produced his most valuable work in his 50s, while Franz Kline created his highest-priced art in his late 40s. Even Jackson Pollock painted his most valued works near the end of his career, although he was then only in his late 30s.

The early bloomers, artists born after 1920, included Frank Stella, Helen Frankenthaler, Robert Rauschenberg and Jasper Johns, all of whom produced their most valued work while still in their 20s. Andy Warhol, David Hockney and Kenneth Noland followed suit, earning the highest auction prices for art done in their 30s.

Youthful innovators like these shocked the art world, whose members praised the prodigies for both their youth and their talent. These days, we're less easily impressed -- indeed, among today's techno-innovators, youthful megasuccess is the norm.

Steve Jobs and Steve Wozniak were in their 20s when they pieced together the forerunner of the Apple computer. So was Tim Berners-Lee when he created the first hyperlinked structures that led to the World Wide Web. By their late 20s, Jerry Yang and David Filo had created the Yahoo search engine and left the Ph.D. program at Stanford to run the company. Jeff Bezos -- by contrast a slow learner -- founded Amazon.com at age 31.

But the face of innovation has not always been so youthful. Fifty years ago, the popular image of the technological innovator was that of a middle-aged man working in the service of a laboratory, major corporation or government agency. Inventions like Teflon, Velcro and television emerged from institutions, not individuals.

When inventors did enter the realm of celebrity, they did so with gray hair. Archetypal rocket scientist and advocate for space exploration Wernher von Braun came to prominence in America in his middle age. Our most vivid image of Albert Einstein is as a frizzy-haired old man, even though he published his most important work at age 26.

In the new millennium, the image of the wizened scientist has been swept aside by that of the high-tech whiz kid. But do whiz kids have the staying power of yesterday's old guard? Can today's young Turks continue to innovate?

A whiz kid might make a technological breakthrough and create a corporation to exploit it. But even a new-economy corporation can't last long without what old-economy corporations depended on: a reliable, skilled workforce, which takes time to assemble; effective distribution systems, which take trial and error to perfect; and customer loyalty, which is earned only gradually. It was this kind of environment that nurtured old-economy innovators.

Take, for example, the case of Paul Cézanne.

Not every artistic innovation is channeled through the young. In the art world's shift from gradual mastery to quick innovation, two other patterns have lessons for the high-tech world. These patterns will be particularly relevant as new-economy companies mature -- and new-economy entrepreneurs with them.

Along with its young radicals, art history has long held a place for experimenters. Cézanne worked this way, painting some of his most valuable works in his 60s. So too did Monet. After suffering a midcareer slump, the once-radical impressionist reached a second artistic peak in his 60s.

Galenson calls these men "experimental innovators" -- artists who "followed an incremental procedure in which innovations appeared gradually, in larger bodies of work, and usually at older ages." New-economy companies that aim to be more than a flash in the pan must operate as experimental innovators.

These companies should take as inspiration Cézanne's continuing experimentation with still lifes and various renditions of his favorite subject, Mont Ste-Victoire. They should think of them not just as paintings but as upgrades, "Mont Ste-Victoire 6.2" or "Still Life 4.1."

In the art world, as in the high-tech world, experimental innovators coexist in an uneasy relationship with what Galenson calls "conceptual innovators" -- those who think up new ways of doing things and then typically implement them suddenly. Conceptual innovators usually do their best work as young adults but keep making major contributions long after their 20s. That's the second role model from the art world that high-tech workers can take to heart.

Picasso, for example, continued to re-create himself artistically throughout his long life. Decades after creating cubism at age 26, he painted the blockbuster "Guernica" -- at age 56.

In the high-tech world, a comparable event occurred five years ago, two decades after the founding of Microsoft, when Gates, then nearly 40, wrote his crucial memo describing how the Internet had transformed the software industry and instructed his lieutenants to change Microsoft accordingly. Gates, the conceptual innovator, was hard at work re-creating his creation, Microsoft.

As conceptual innovators, Picasso and Gates have much in common. Long after their youthful breakthroughs, both kept an eye on the waves of innovation around them and responded with innovations of their own. Perhaps not coincidentally, both have been much reviled.

Few high-tech companies display a photo of Bill Gates in the lobby, but they'd do well to hang a Picasso there -- right next to the Cézanne.