Seminole County prepares for its close-up, and an elections official faces accusations of needling Democrats and illegally abetting the GOP. 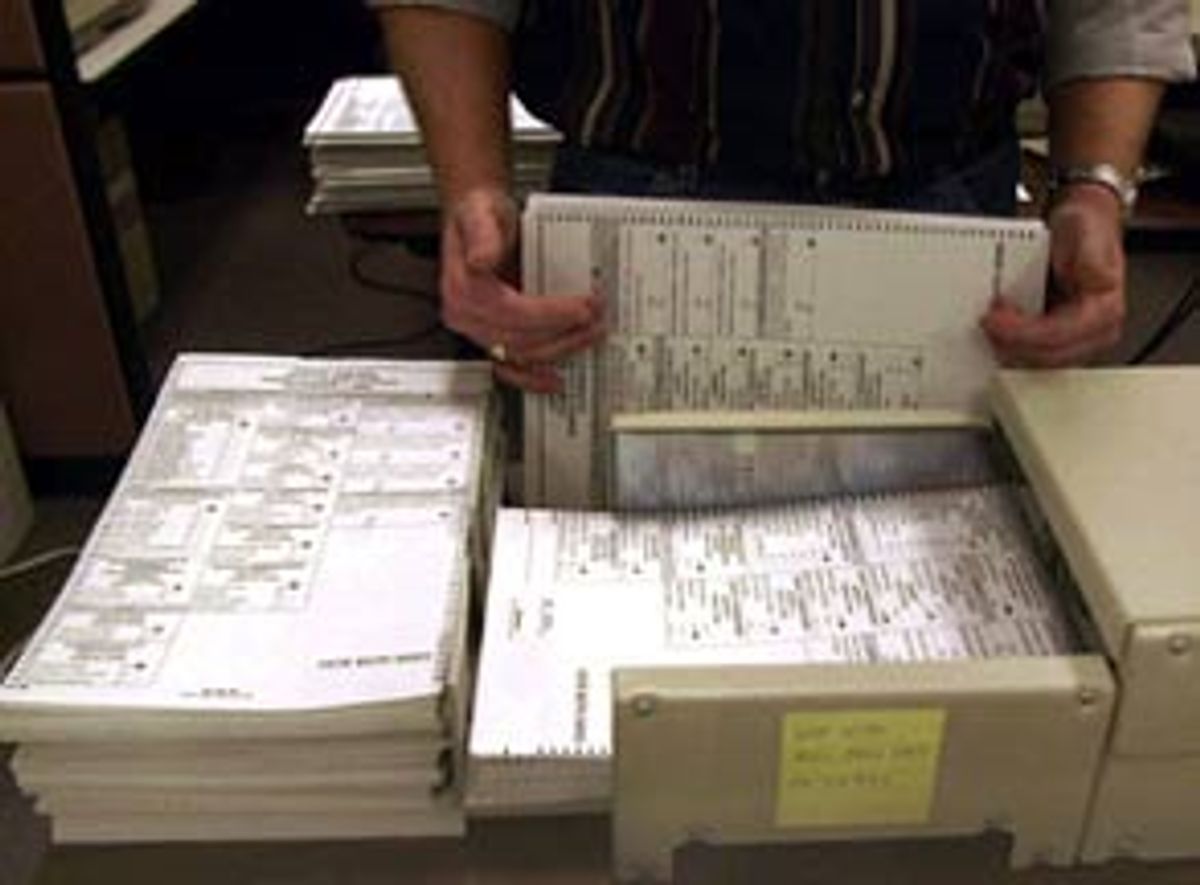 In Florida, where all local politics is national, a losing Democratic candidate for commissioner in Seminole County has a grievance with the election supervisor that suddenly could have far greater importance.

Dean Ray, 40, says that election supervisor Sandy Goard would not allow him to fix the petition signatures he submitted to her in order to run for office. And that complaint has some significance since Goard, a Republican, is being sued by a local Democrat, in a case set to be heard Wednesday in Leon County Circuit Court, that alleges that Goard illegally allowed GOP operatives to fill in crucial missing information on Republican absentee ballot applications that had been rejected.

Should the Democrat prevail in the suit, which has garnered far less attention than other, larger suits brought by both campaigns, it could decisively swing the election for Vice President Al Gore.

Ray, who operates his own kitchen appliances sales-and-service shop in Sanford, Fla., says that in March he submitted almost 900 signatures to Goard as part of the 1,862 he needed to secure his name on the ballot, and that Goard "rejected about 30 percent of them. So I requested that she give me the rejected ones back, and I could take them back to the people" to fill in the missing information. "But she stated to me that once they were turned in they became part of the public record, and she wouldn't give them back." So instead of submitting the required number of ballots, he ended up paying a $3,788 filing fee so that he could run (though he eventually lost in his bid).

Goard confirms much of Ray's story. "When Mr. Ray submitted his petition, he submitted 831 signatures," she says. "When we checked, 644 were valid, 25 were rejected for having invalid signatures, 12 were duplicates, five weren't signed, six were voters we didn't recognize, 14 were inactive [voters] and 125 weren't registered voters."

Goard said that she didn't remember Ray asking for them to be returned to him, but that she wouldn't have given them back if he had. "They were turned into the office and at that point they became public record," she says.

Florida Democratic Party Chairman Bob Poe charges that Goard's treatment of Ray was in complete contrast with what she allowed state Republican Party operatives to do with absentee ballot applications.

According to Poe, the charge against Goard contrasts strikingly with Ray's complaint: In October and November, the lawsuit alleges, Goard allowed Republican operative Michael Leach and volunteer Ryan Mitchell to set up shop in her office for 10 days. There they filled in missing voter ID numbers on 4,700 Republican Party-printed absentee ballot applications that otherwise would have been scrapped.

Goard refuses to discuss any aspect of the lawsuit against her. "I'm not going to talk about the absentee ballot request," she says repeatedly when asked about differences between the cases -- why she made allowances for the state GOP that she didn't make for Ray, for instance, or whether there was a legal difference between petition signatures and absentee ballot applications that would make one, upon receipt, public property while the other one was apparently considered a work-in-progress of some sort.

The suit seeks to eliminate all 15,000 absentee ballots in the county, which Gov. George W. Bush won over Vice President Al Gore 10,006 to 5,209. Though legal experts suggest that such a move is unlikely, a ruling in favor of the plaintiff, Harry Jacobs -- a member of the county's Democratic Executive Board -- would effectively hand the presidency to Gore.

In an interview with Salon last week, Jacobs' attorney, Richard Siwica of Orlando, noted the relevance of a recent Miami scandal and subsequent law. After massive absentee ballot fraud during the 1998 Miami mayor's race -- a scandal in which Gore attorney Kendall Coffey got his client installed as mayor by having every single absentee ballot thrown out -- the Florida legislature passed a statute that makes it illegal to request an absentee ballot for a third party unless you're in his immediate family or his guardian. These Republican operatives are guilty of violating this law, Siwica said, which is a third-degree felony.

In a press conference Tuesday morning in which a team of lawyers one-by-one shot down many of Gore's key points in contesting the election, Bush's man in Tallahassee -- former Secretary of State James Baker -- dismissed the Seminole County suit rather flippantly. "We're not concerned about Seminole County," Baker said. "We do not think that that claim has merit."

But Bush attorney Barry Richard subsequently did address the matter, noting that "the challenge doesn't involve ballots -- it involves applications for absentee ballots. Under Florida law, any person can assist a voter in filling out an application for an absentee ballot." What happened in Goard's office was "perfectly lawful," Richard said.

Maybe. But to Ray, at least, Goard could have shown him the same courtesy. "If I wasn't allowed to even take the petition back, but she allowed someone else to come in her office and fill in those numbers, that's worse than a double standard," he says.

Ray, a father of eight, doesn't sound too down about any of this, however. Having lost races for mayor of Sanford in 1996, city commissioner in 1998 and 1999, and most recently county commissioner, he's gearing up for another run for mayor next year. "Maybe this [court case] will clear up the rules," he says. "I just picked up my package to be a candidate for mayor, and there's less than 50 days to file for the next election."

Note: A correction has been made to this story.