Americans with insurance now improve with new drugs, but the disease is on a rampage across the rest of the world. 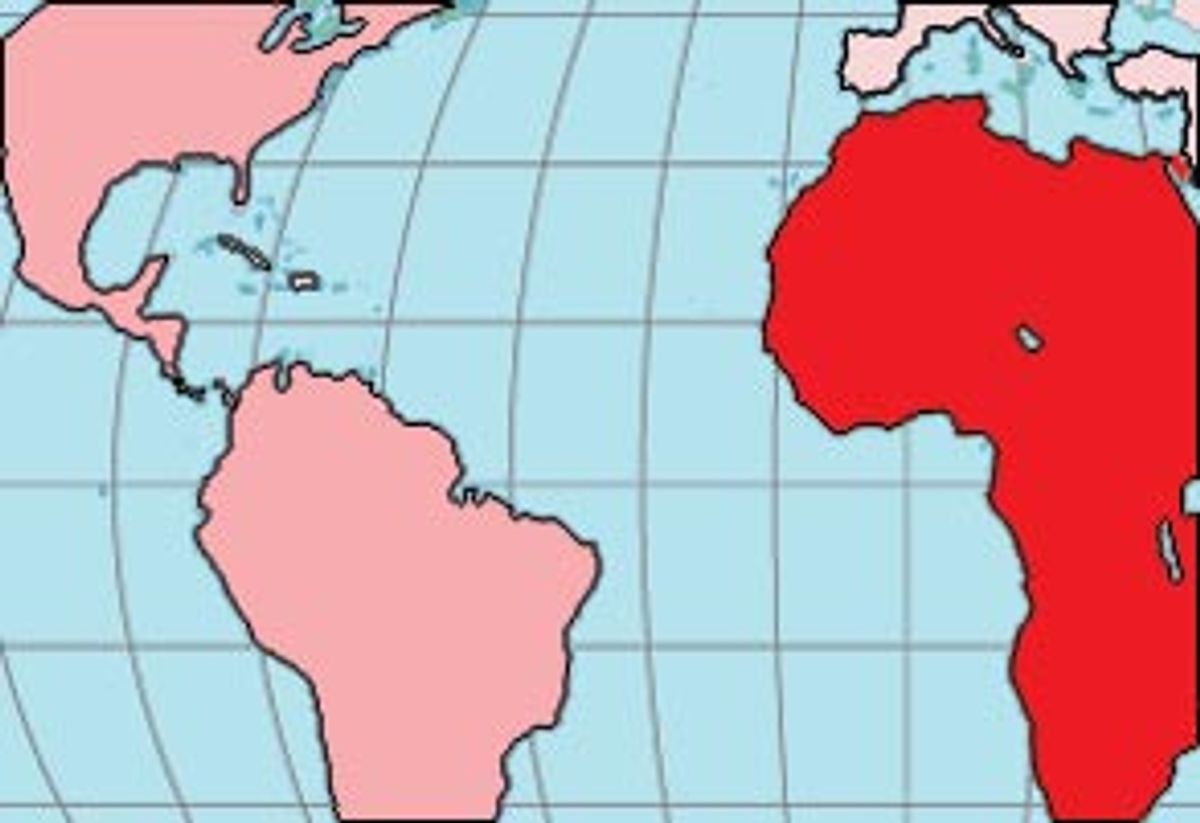 In Guam Friday, people are driving with their headlights on. In Oslo, Norway, there's a torchlight parade; and in Laos, Ukraine and Belize, rock concerts. In cities across the United States, plans call for vigils, religious services, condom distribution efforts and other activities.

Welcome to the first World AIDS Day of the new millennium.

The event, held each year on the first day in December, comes on the heels of a sobering report released jointly in the past week by the World Health Organization and the United Nations AIDS agency. By the end of this year, says the report, more than 21 million people across the world will have died of AIDS since the epidemic began. Three million of those deaths will have occurred this year alone. Today, more than 36 million men, women and children are living with AIDS and HIV, the virus that causes AIDS.

Today, world health officials say they are most worried about the spread of the disease through intravenous drug use and heterosexuals' contact with sex workers -- and they believe that capturing the attention of men is the best way to stem the epidemic. The theme this year: "Men make a difference."

Why focus on men?

"Broadly speaking, men are expected to be physically strong, emotionally robust, daring and virile," said a U.N. AIDS agency report. "Some of these expectations translate into ways of thinking and behaving that endanger the health and well-being of men and their sex partners."

In presenting the new theme, U.N. Secretary-General Kofi Annan elaborated on the organization's position in a statement of his own. "Men can make a particular difference -- by being more caring, by taking fewer risks and by facing the issue of AIDS head-on," he said. "This applies as much to the leader planning the allocation of national resources as it does to a husband planning his future with his wife or a father planning for the future of his child."

Health workers are always encouraged to face culturally loaded issues with realism and pragmatism, and this is especially true with AIDS. Medical studies have consistently shown that sexual transmission of HIV occurs much more frequently from men to women, or from men to other men, than from women to men. Yet the international agencies have apparently decided that the most effective approach is to target the demographic group with the most mobility, the most sex partners and the most control over sexual contact and behavior.

"All over the world, women find themselves at special risk of HIV because of their lack of power to determine where, when and whether sex takes place," declares the U.N. AIDS agency report. "What is perhaps less often recognized is that cultural beliefs and expectations also heighten men's vulnerability. Men are less likely to seek health care than women, and are much more likely to engage in behaviors -- such as drinking, using illegal substances or driving recklessly -- that put their health at risk. Men are also less likely to pay attention to their sexual health and safety, and are more likely to inject drugs, risking infection from needles and syringes contaminated with HIV."

In Africa, Central America and Asia, U.N. agencies have tried to educate long-distance truck drivers -- often major consumers of the sex trade -- about safer sex. In every part of the world, agencies have battled social taboos in trying to educate men about how to use condoms and in discussing the dangers of sex between men.

AIDS is particularly on the rampage in Eastern and Central Europe. Russia reports that as many cases of HIV infection were recorded there this year as in the past 13 years combined, and 90 percent of them were among I.V. drug users. In sub-Saharan Africa, in contrast, infection rates seem to have stabilized for the first time; however, officials speculate that it's because a large proportion of the sexually active population is already infected.

Africa is still the hardest-hit region, with 70 percent of the world's cases; in sub-Saharan Africa alone, 4 million have become infected this year. Observers are also extremely concerned about highly publicized statements made this year by South African President Thabo Mbeki, who declared before the start of an international AIDS conference in his country that he is unconvinced HIV causes AIDS. Health workers fear that Mbeki's stance could undermine their efforts to persuade the public to take precautions.

Infections are also rising in north Africa and the Middle East, thanks to growing I.V. drug use in those regions. Drugs, along with the sex trade and widespread migration, are also to blame for the rise in Asia, which now has 20 percent of the world's caseload.

Here in the U.S., the news is mixed. Effective drug "cocktails" continue to help those with access to insurance that pays for the expensive pharmaceuticals. Even so, the number of cases of HIV infection is still rising, albeit more slowly. New reports suggest that one factor contributing to this phenomenon in America and other affluent countries is the very success of AIDS drugs, since they keep HIV-positive -- and still infectious -- people alive longer.

On the bad-news front, Americans still appear to be steeped in ignorance when it comes to AIDS. A federal survey by the Centers for Disease Control and Prevention reports that 40 percent of people think it's possible to catch HIV by being sneezed on or sharing a glass of water with someone who's infected, although there have never been any documented cases of such transmission. Twenty percent of those polled said they believe people who get the virus through sex or drug use get what they deserve.

Much more AIDS education is needed, it seems -- and not just in South Africa.