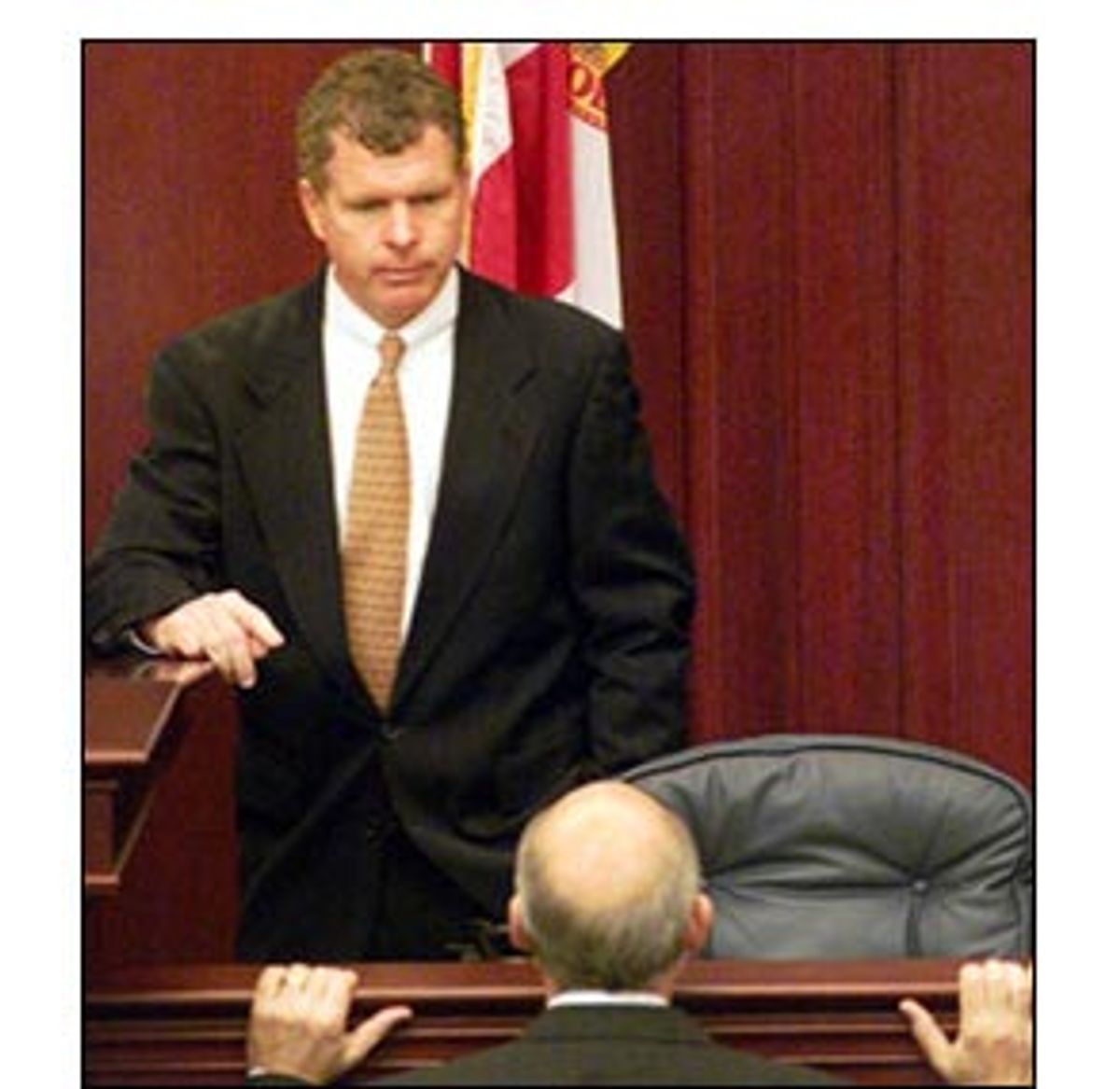 
• The Florida House of Representatives moved to select a slate of electors supporting Texas Gov. George W. Bush Tuesday afternoon in a 79-41 vote, with only two Democrats crossing party lines. The state Senate is expected to approve the same slate when it meets Wednesday. If the Legislature prevails, that slate of electors could supersede the outcome of Florida's popular vote. House Democratic leader Lois Frankel decried the move as a violation of federal law that sets a "dangerous precedent." But the GOP-dominated Legislature took a different view: "The 2000 election is spiraling out of control, and we must stop it now," said Republican Rep. Paula Dockery. "We have nervously watched the clock ticking away. Now it is time for us, the members of the Florida Legislature, to perform our solemn duty."

• Meanwhile, the U.S. Supreme Court continues to deliberate Bush vs. Gore and has given no hints of when it might issue a ruling in the case. At issue is whether or not the high court should uphold the Florida Supreme Court's ruling ordering hand recounts of all undercounted votes -- e.g. ballots that couldn't be read by a machine -- in each of the state's 67 counties. The results of those counts, which were halted Saturday by the U.S. Supreme Court pending its decision, could shift the outcome of the presidential election.