Sometimes it is better to give than to receive. 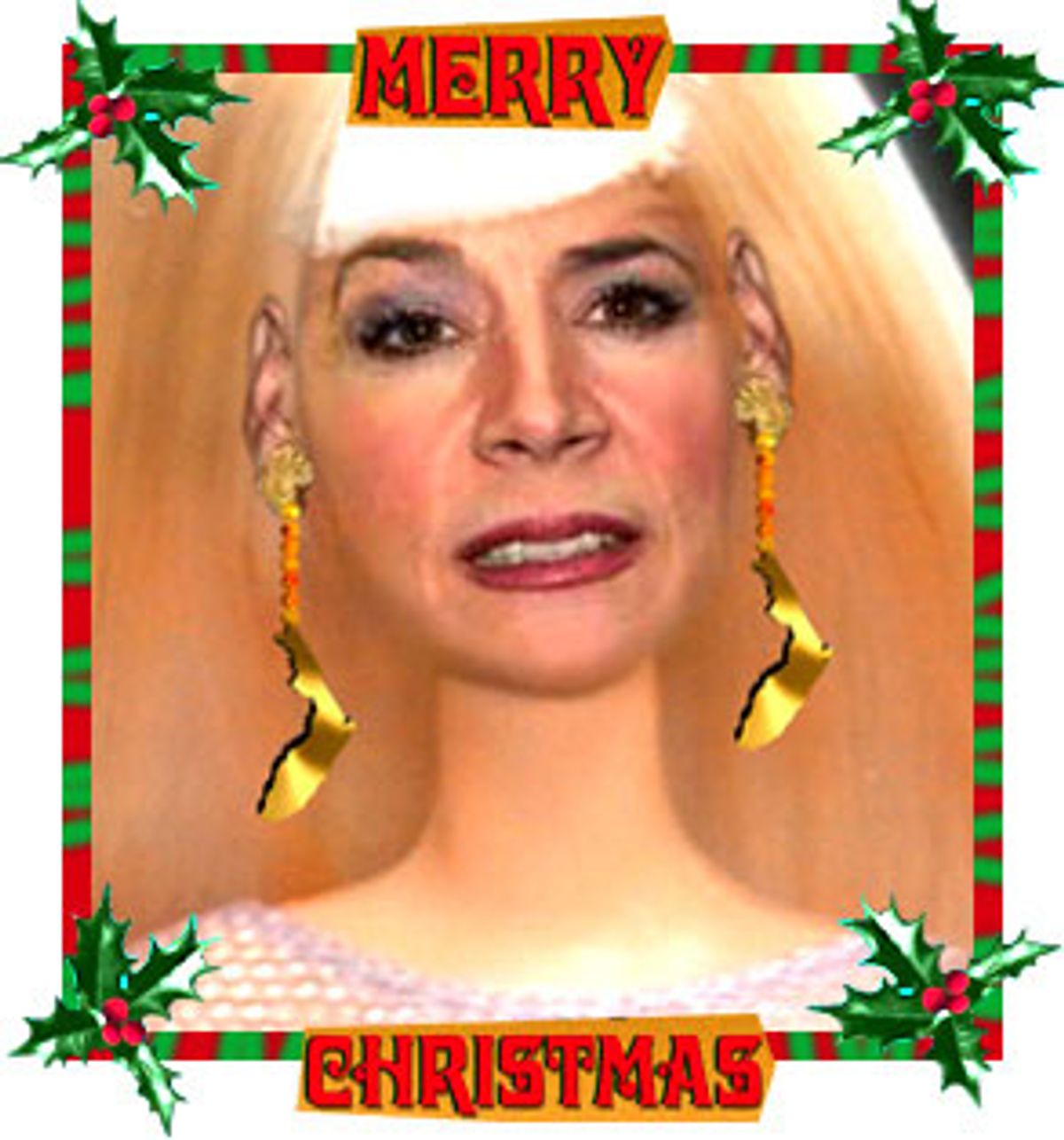 Yes, it's that time of year again -- time to drain the bottle of Wild Turkey and let those festering feelings bubble up like hot, buttered bile. Everyone knows the holidays just wouldn't be the holidays without the old, traditional resentments. But this year, why not set them aside to make way for some brand-new ones? With Christmas just around the corner, our hearts are filled with cheer and goodwill for all -- all except for Florida, who's really been asking for it.

So, what to give the dangling peninsula that's caused us so many weeks of grief? This year, why not get together as a nation and give them something they can't return -- the gift of retaliation. After all, what's more Christmasy than pain and anguish? And in this age of crass commercialism, it's a blessing to realize that sometimes -- especially when people give you homemade stuff -- it really is better to give than to receive.

So if you're still searching for that perfect holiday gift for the state that ruined the holidays just like dad used to do -- consider it found. With a little creativity and a lot of federal funding, we can all pitch in to make this a Christmas the Sunshine State will never forget.

What Florida needs for Christmas:

1. A Katherine Harris commemorative doll from the Franklin Mint.

7. A 24-volume Time-Life Books set titled "The Florida Factor: Why This Is All Your Fault," custom-bound in handsome leatherette.

8. A paternity suit filed against Jeb Bush by a pregnant chad.

9. A statewide embargo on retirees.

12. A Mark Fuhrman coffee mug for the Tallahassee Police Department -- signed by the LAPD Rampart Division.

18. A limited-edition boxed set of Gloria Estefan singing the columns of Dave Barry.

19. A Supreme Court-mandated recount of the minutes Jesse Jackson has logged wasting his breath.