The Congressional Accountability Project asks Sen.-elect Clinton to give up her $8 million advance and just collect royalties. 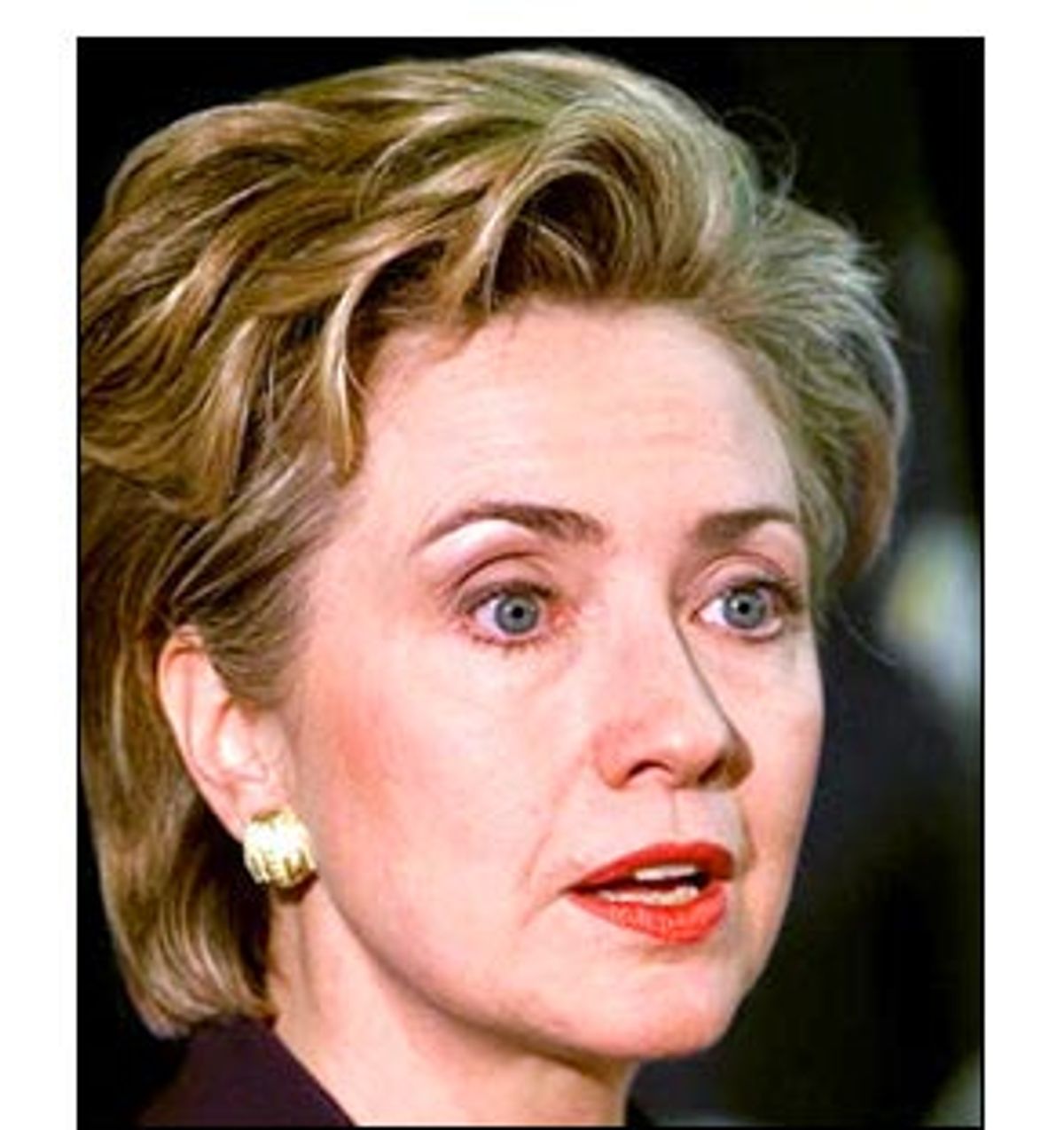 In the wake of Hillary Rodham Clinton's record $8 million advance on her book deal with publisher Simon & Schuster, the Congressional Accountability Project has sent the senator-elect a letter asking her to make public the details of the contract and to reject the hefty advance altogether.

"During your campaign for Senate, you often voiced support for campaign finance reform as a way to mitigate the corrupting influence of money in politics," the letter states. "As an advocate against public corruption, we urge you to walk your talk by altering the terms of your book contract to accept only copyright royalties under usual and customary contractual terms, for books actually sold."

On Friday, Sen. John McCain, R-Ariz., said on NBC's "Today" that the Senate Ethics Committee may launch an investigation into the deal.

"I would think so," McCain said when asked if the committee should launch a probe. But, he added, "I don't know any details of the deal or anything else."

Clinton's spokeswoman Lissa Muscatine has stated that lawyers thoroughly vetted the deal to make sure it complied with Senate rules on book deals and advances. "She's gotten advice from first-rate lawyers familiar with this kind of thing, and they are comfortable with the fact that she's fully in compliance with the rules and regulations," Muscatine told the Associated Press.

While her lawyers may be first-rate, her political advisors are apparently tone-deaf. The last thing a newly elected senator wants, particularly one with Clinton's reputation in GOP circles for exploiting legal loopholes, is to be shadowed by the specter of an ethical violation. Before she even takes the oath of office, New York's junior senator finds herself giving answers to the press that are downright Clintonian.

The book deal has given Clinton haters new ammunition to pound the rising Democratic star before she even takes office. Already, comparisons are being made to the $4.5 million advance Newt Gingrich received for his book from HarperCollins, which is owned by conservative news magnate Rupert Murdoch.

"This is a sign of the utter hypocrisy of the Democratic Party and the press," the National Review's Rich Lowry said on Fox News Channel Monday. The Washington Times noted the media's virtual silence about the Clinton deal in contrast with the "high-pitched whining and screaming" surrounding the Gingrich deal.

But Ruskin says comparisons between the two are premature. "This deal we don't know very much about yet. We know what the Clinton spokespeople say about it, but we don't know anything about it yet," says Ruskin, who heads the Congressional Accountability Project and authored the letter.

That's why Ruskin has called on Clinton to submit her book contract to the Senate Ethics Committee to see if it complies with standards of conduct and conflict of interest.

Simon & Schuster's parent company, Viacom, is an active player on Capitol Hill. During the last election cycle, its political action committee gave $206,461 to candidates, according to the Center for Responsive Politics. That money was split between the parties with $104,384 going to Democrats, and $102,077 to Republicans. Clinton received $6,000 from the PAC, and her opponent, Rep. Rick Lazio, received $8,000. The company also gave $23,000 in unregulated soft money, according to CRP spokesman Steve Weiss. But "that's not going to break down any doors," he says.

However, he did say the Clinton deal demands a closer look. "Any time there's a situation involving a member of Congress and a large contribution of some sort, voters ought to pay attention," Weiss says. "This is just one way that members in Congress are able to exert influence over business and industries out there in a way that could provide that member with an opportunity to thank that industry later through legislation."

One fact cited in Ruskin's open letter to Clinton, which was also sent to the Republican chairman and ranking Democrat on the Senate Ethics committee, is that Clinton's deal would not have passed muster in the House. "Your book advance would be impermissible under the rules of the U.S. House of Representatives, which prohibit House members from accepting any book advance," the letter states.

That hardly surprises Weiss. "That sounds like the Senate," he says upon learning the House maintains more rigid ethical standards than the Senate. "In the world of campaign finance laws, the Senate will pass rules and regulations then exempt themselves. For example, beginning in 2001, all candidates for the House and for president have to file their returns electronically" so voters can easily track their contributions on the Internet. "But the Senate doesn't. They passed the law, but exempted themselves," he says.

So even though different standards apply to the Clinton and Gingrich deals, Clinton is still left in a politically undesirable position of invoking her lawyers to claim that her deal complies with the letter of the law, while her critics have ammunition to say Clinton is violating the spirit of the law.

But Ruskin said the Senate has a tendency to protect its own, and was skeptical it would intervene on Clinton's deal. "Neither major political party much supports reforms to police and enforce rules against corruption in Congress," he says. "The battle against corruption in Congress has collapsed. Democrats and Republicans work together to prevent investigations of each other. So this is just sort of business as usual."

But whether or not those rules of Senate decorum apply to Sen. Clinton remain to be seen.