It was a gray, rainy day and no birds sang when I lost my virginity. 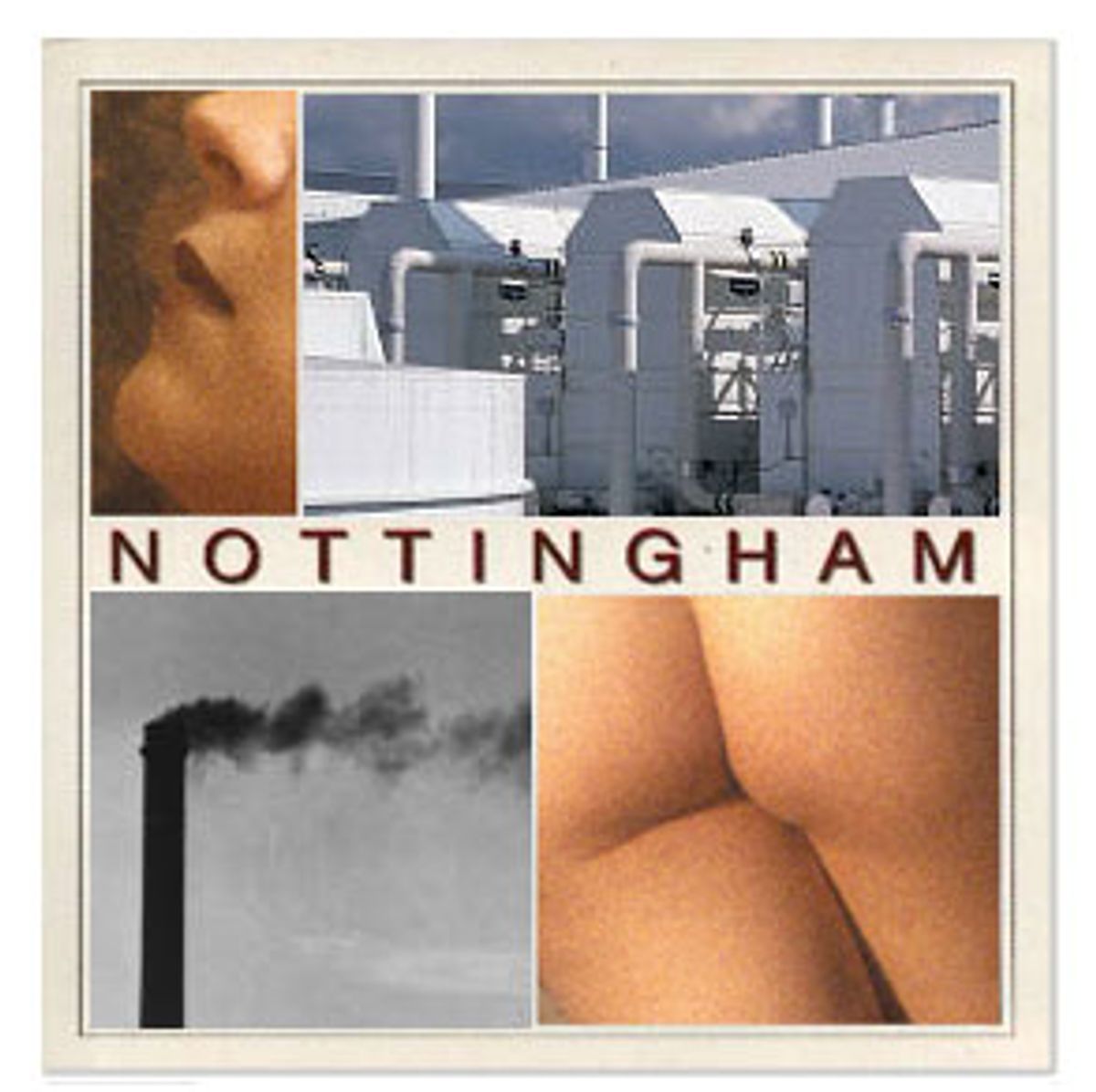 Nottingham it was, and romantic it wasn't.

Nottingham, England, is Players and Raleigh and Pork Farms. A heaving mass of factories belching acrid smoke is not necessarily conducive to a passionate encounter. Barbara Cartland romances are not set in Nottingham, but mine was.

A small student bed-sit provided the setting. The walls were speckled green with mold; the carpet stains, I think it's best not to know ... In one corner an electric meter whirred; on the mantelpiece a mountain of 50-pence pieces had dwindled to one. I was 22 and desperate; he was 21 and spotty. We met in the university library one dismal afternoon. He was into metaphysics; I was reading law. We touched minds; bodies followed at a polite distance. Hours spent poring over textbooks in a dimly lit room both concealed and revealed.

I hid my desperation behind Halsbury's "Laws of England"; Patrick's blemishes softened beneath the mellow glow of a 30-watt bulb. Innocence and honesty blended with desire. So many times it could have happened, but the vortex of Catholicism dragged guilt across our eager union.

There is a peculiar passion to Nottingham, a grittiness, an earthiness. Ask D.H. Lawrence, ask Alan Sillitoe. It is not a pretty city and I was glad of that. A sun-kissed landscape somehow would have been wrong, too flippant for such a momentous occasion. It was a Sunday. A mutual friend had died and in discussing his life we discovered our own. Life is precious and life is now. In the background, Leonard Cohen moaned dolefully of love and hate. Having just eaten our 100th meal with mince, we raided the cupboard for the ubiquitous long-life milk. Snuggling up on the sagging settee, we drank cups of Nescafé, our only luxury.

Suddenly the electric meter gave a final whir and we were plunged into a merciful darkness. With a last mangled moan, Cohen fell silent. When it finally happened we buried ourselves beneath covers of a different kind. All props abandoned, our morals lay tossed on the floor beneath our garments. Contraceptives were strictly forbidden; we were Romans, after all. The sky was slate gray and the rain sheeted down. A rhythmic drip could be heard in the far corner of the room where it licked through the ceiling. No birds sang. Grindingly the 37 bus changed gears to climb the hill, and through the open window, which never quite closed, a blackened chimney burped forth its load.

None of this mattered to us. Finally it was over. A statue of the Virgin Mary gazed down at us from above the bed. I think she understood. Later, as I lay in the comforting tenderness of his arms, I heard the factory siren disperse its workforce: other women just like me. We talked of life and love and what was to come. Everything of importance was contained in that bed. It mattered then and it matters now, for it has molded what, many years later, I have become.

Whenever I see a slowly unfurling python of smoke, it brings back memories of Nottingham and of love.

Rosanna McGlone-Healey is a writer in Australia.