A new book shows that ethical questions about replicating humans are less consequential than the procedure's threat to our biological diversity. 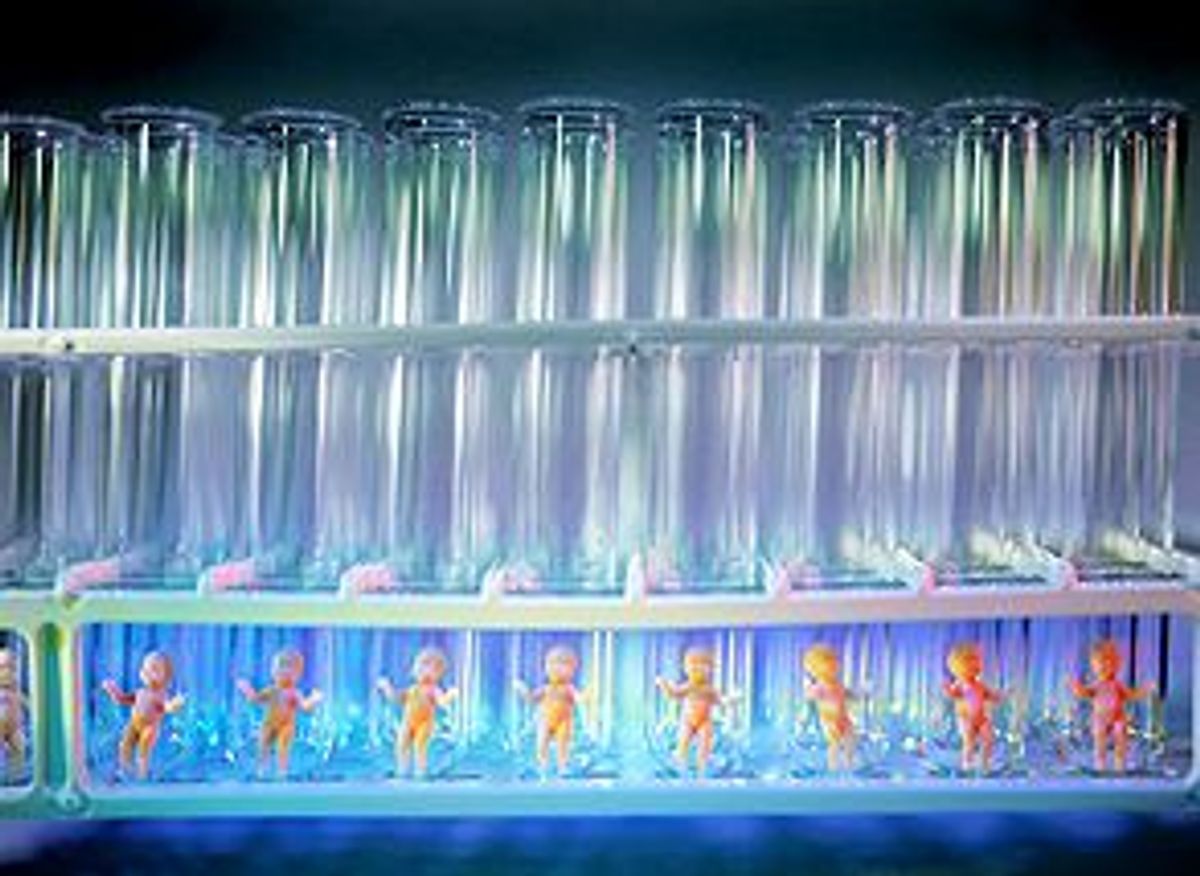 "When I first heard about cloning," wrote William Burroughs in a late essay called "Immortality," "I thought what a fruitful concept, why one could be in a hundred places at once and experience everything the other clones did. I am amazed at the outcry against this good thing not only from Men of the Cloth but from scientists ... The very thought of a clone disturbs these learned gentlemen. Like cattle on the verge of stampede they paw the ground mooing apprehensively, 'Selfness is an essential fact of life. The thought of human non-selfness is terrifying.'"

It's hard to say if Burroughs is being funny here, because he's certainly full of it. Cloning cannot create armies of consciousnesses tuned in to some central brain. It also won't undermine individuality, as his imaginary Men of the Cloth worry, by printing cheap replicas of somebody's precious individual character. This is point No. 1 in any debate about cloning. The process just copies a genome, and poses no worse a threat to the human sense of self than does any identical twin.

From there things get complicated, though, and a new anthology of articles on the subject is meant to help navigate this weird, still-uncharted moral territory. "Cloning: Responsible Science or Technomadness?" wants to be a complete overview of the debate so far, mixing religious declarations with philosophical arguments, scientific findings and governmental decrees; the original Nature article on Dolly the sheep even shares space in these pages with a (very bad) story by Douglas Coupland.

The writers brood over the question of individuality and self in the aftermath of Dolly's birth in 1997. So far the debate relies on language borrowed from older arguments, like the ones over abortion or slavery. Whether you're for or against human cloning in the abstract seems to depend, right now, on whether you're pro-life or pro-choice. And almost every philosophical writer in the book refers to Immanuel Kant, who (in the context of slavery) insisted on treating all people as "ends in themselves, not as means to an end."

So, the philosophers ask, what would Kant think of cloning? Answers fall into categories. Some writers can't get past the sickness of the idea of replicating a person. They insist that anyone intentionally cloned, for whatever reason (vanity, infertility, minor body-part transplants), would live under a psychological cloud. "The cloned individual will be saddled with a genotype that has already lived," writes Leon Kass, an ethicist at the University of Chicago who leads the anti-cloning charge. "He will not be fully a surprise to the world."

Other writers argue that a cloned person could be just as fulfilled and independent as any biological twin. Even humans conceived -- or concocted -- as a means toward some end could grow up to be treated as ends in themselves, and live out dignified lives. David Elliott, a philosopher at the University of Regina in Saskatchewan, gives the strongest argument out of this camp:

[Kant's] idea is not that every person is valuable in virtue of being empirically different from everyone else. Rather, dignity is grounded in the rational capacity to conform one's will to the moral law, and there is no reason to think that this capacity would be diminished by duplication.

Moral will, in other words, belongs to a dimension of human consciousness not fully decided by genes. The argument has a whiff of religion, and one surprise in "Cloning" is that not a single church paper makes the same point with quite so much clarity or force.

The Kantian debate over means and ends has lots of other fine points, which "Cloning" covers in detail, but it isn't really interesting for 300 pages. If a human clone became absolutely necessary, creating one seems no worse, morally, than breeding a sheep. The interesting part of the book is the argument over what might make a human clone worth so much expensive effort. The list of good reasons is short. Vanity? No. Infertility? We already have end runs around that, not to mention kids waiting for adoption. Medicine? Maybe. Some patients now dying of leukemia, say, or kidney disease might survive if a clone of their bodies were made for the sake of a bit of bone marrow or a single genetically identical kidney (unlethal to give, in both cases). But the clone would also need to be born, raised and loved -- and the notion of raising a child to harvest a whole organ seems brutal.

What about improving the race? Or breeding an army of Napoleons? To start with, a genetic copy of Napoleon wouldn't be a resurrected Napoleon, but only a twin, raised far from the time and home that made the ambitious Corsican who he was. "No one steps twice," wrote Heraclitus, "into the same river."

The closer we get to human cloning, generally, the less fantastic it sounds. In 1999, scientists associated with the Roslin Institute reported that the DNA of their famous charge, Dolly, was aging faster than an ordinary sheep's, leaving her vulnerable to cancer and maybe an early death. Her genetic mom's DNA -- derived from a mature udder cell -- might have an absolute age. If this proves true, and universal, the creepiest Hitlerite arguments for cloning will crumble, because DNA transfer will be revealed as the quickest way to wear out a bloodline. God, or someone, built diversity into us for a reason. From horse breeders and farmers (and dog breeders and royal families) we already know that too much genetic refinement isn't healthy; so maybe the worst risk posed by cloning humans is not the loss of any individual "selfness" or dignity but the loss of our biological heritage, some part of our wild and vigorous past.

A problem with the current cloning debate -- and this book -- is the sheer amount of stuff we still don't know. "Cloning" in some ways exaggerates the problem by leaving out recent discoveries. Nothing in the book deals, for example, with Dolly's life as an adult. (I found a news report about her mature genes.) The anthology is a good sourcebook on a hot topic, but it's not definitive. It simply takes a snapshot of the murky debate in what might be called the immediate post-Dolly period, which has already started to fade.