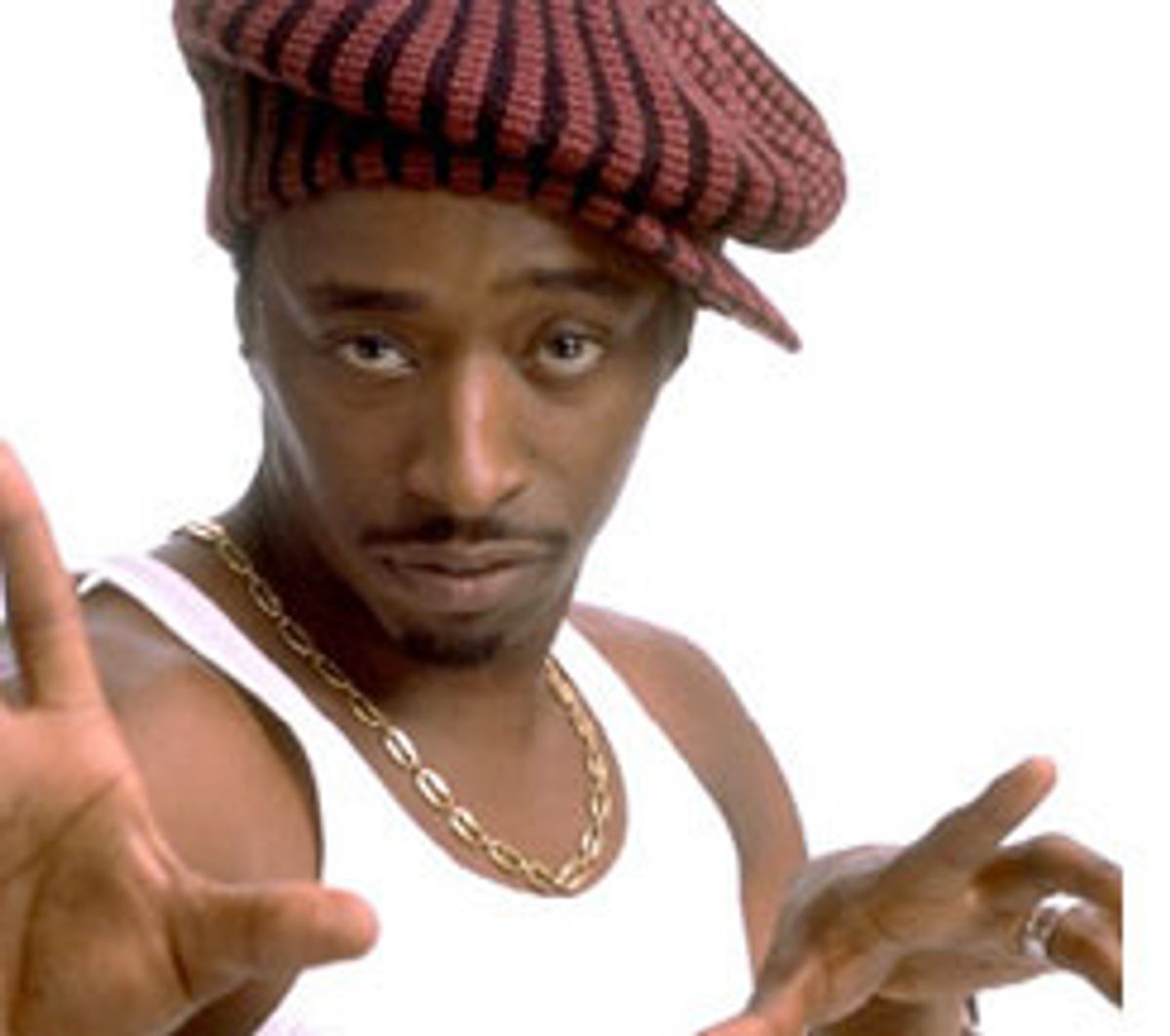 Some movies have a hazy aura of high spirits and good cheer that has almost nothing to do with what we can see on the screen. You get the feeling that the people who made it are talented and fun to be around, that the atmosphere on the set was freewheeling and often hilarious and that, on at least one occasion, someone on the crew was made to laugh so hard that Long Island iced tea came out her nose. Such a film is "Double Take," a hyperactive yet rambling road comedy that takes appealing performances by two hot young African-American comics and pretty much squanders them on nothingness. It's never outright offensive or coldhearted in the manner of so much Hollywood comedy, and if you doze or play your GameBoy for an hour or so in the middle of the movie, you might find it an agreeable time-waster.

Given the talent involved, however, one might reasonably have hoped for more. Orlando Jones, the semi-suave 7-Up spokesguy who had the misfortune of costarring in "The Replacements," gets his first leading-man role here as Daryl Chase, a New York investment banker who sheds his identity and heads for the Mexican border after being framed for killing two cops. Along the way, he switches identities with Freddy Tiffany (Eddie Griffin), a seemingly hapless pimp-daddy thug who turns up everywhere Daryl goes.

If Jones is the smooth, handsome type with a clueless streak, Griffin (star of the UPN sitcom "Malcolm & Eddie") is an irritating little waterbug who won't shut up or get out of your face. The pairing has its moments -- I imagine the producers were thinking of Dean Martin and Jerry Lewis -- but you get the feeling Griffin and Jones would have been happier just hanging out and shooting the shit, without these cardboard characters along. When the nonsensical plot full of switchbacks, shootouts and high-speed escapes skids to a halt so Daryl and Freddy can stage an impromptu dance contest at a deserted Texas gas station, or watch a country-western performance at an emu ranch, "Double Take" seems most in touch with its essential spirit of good-natured pointlessness.

But once he's got Daryl playing homeboy in Adidas sweats and Kangol lid, and Freddy playing Harvard buppie in an Italian suit, writer-director George Gallo tries to dazzle us with various plot switcheroos. Is McCready (Gary Grubbs), the growly CIA agent who has vowed to protect Daryl, really the pawn of a Mexican drug lord? Are the two FBI agents (Daniel Roebuck and Sterling Macer) chasing Daryl really hit men? Maybe posing as phat Freddy wasn't such a hot idea, since the dude with the Albert Einstein-meets-Al Sharpton 'do is wanted in Mexico for murdering a state governor. But was Freddy also framed, and is he actually a superpowered double-undercover government agent on a psychiatric discharge? Finally, is there a cash prize for figuring all this out? Because if there isn't, nobody's going to bother.

Gallo has a minor cult reputation in Hollywood, mostly because of his screenplay for the 1988 action comedy "Midnight Run," which paired Robert De Niro and Charles Grodin as bounty hunter and fugitive. But his script for "Double Take" is no better than a lackadaisical retread of the "Midnight Run" formula (even if it's actually a comic remake of a 1957 Rod Steiger drama called "Across the Bridge"). And his direction is so undisciplined it makes a film that runs fewer than 90 minutes feel like it's abysmally long and full of dead patches. There are extended and witless cute-animal gags involving a Chihuahua Freddy is carrying around in a leather backpack. Several decent actors disappear into the mediocrity, almost without a trace: Shawn Elliott plays a Mexican trafficker with a gross false eyeball; avuncular Edward Herrmann plays Daryl's patrician boss.

Even the interplay between Jones and Griffin, which ought to be the film's centerpiece, is disappointingly mild. Actually, Daryl and Freddy make a funnier odd couple before they switch identities; the irrepressible Griffin is at his best getting jiggy with the Hare Krishna dancers on a Manhattan street corner, while Jones plays a blithe, unflappable straight man in the Buster Keaton mold. Gallo struggles to make a point about how differently Daryl is treated after he takes the suit off, but that never becomes a major issue as he flees the "shoot-a-brother-41-times NYPD," in Freddy's phrase. Instead, we get shtick about Daryl's dated notions of how to act "black" (Freddy: "What was the last movie you saw? 'Car Wash'?") and an extended argument with an Amtrak waiter, in Daryl's put-on ghetto accent, about Schlitz malt liquor.

You get the feeling that everyone was in a good mood and the margaritas were pouring, but neither Gallo nor anybody else ever found a bottom line for this movie or its characters. At first Daryl doesn't know how to act black, then he does. When Freddy says something like, "I've done mischief in Puerto Rico, Colombia, Brazil -- all the Mexican countries," is he an idiot impersonating a federal agent, a federal agent impersonating an idiot or an idiot federal agent? It's not that I care about these things, exactly, but somebody should. In one of the movie's better moments, the redneck emu rancher (Brent Briscoe) explains to Daryl that his charges possess "virtually no fat and all the flavor and nutrients of chicken and steak combined, in one easily farmable bird." If only "Double Take," with its promising ingredients, added up to something as nourishing as that emu.