Hear Martin Luther King Jr.'s famous speech delivered on the steps of the Lincoln Memorial on Aug. 28, 1963 at the March on Washington. 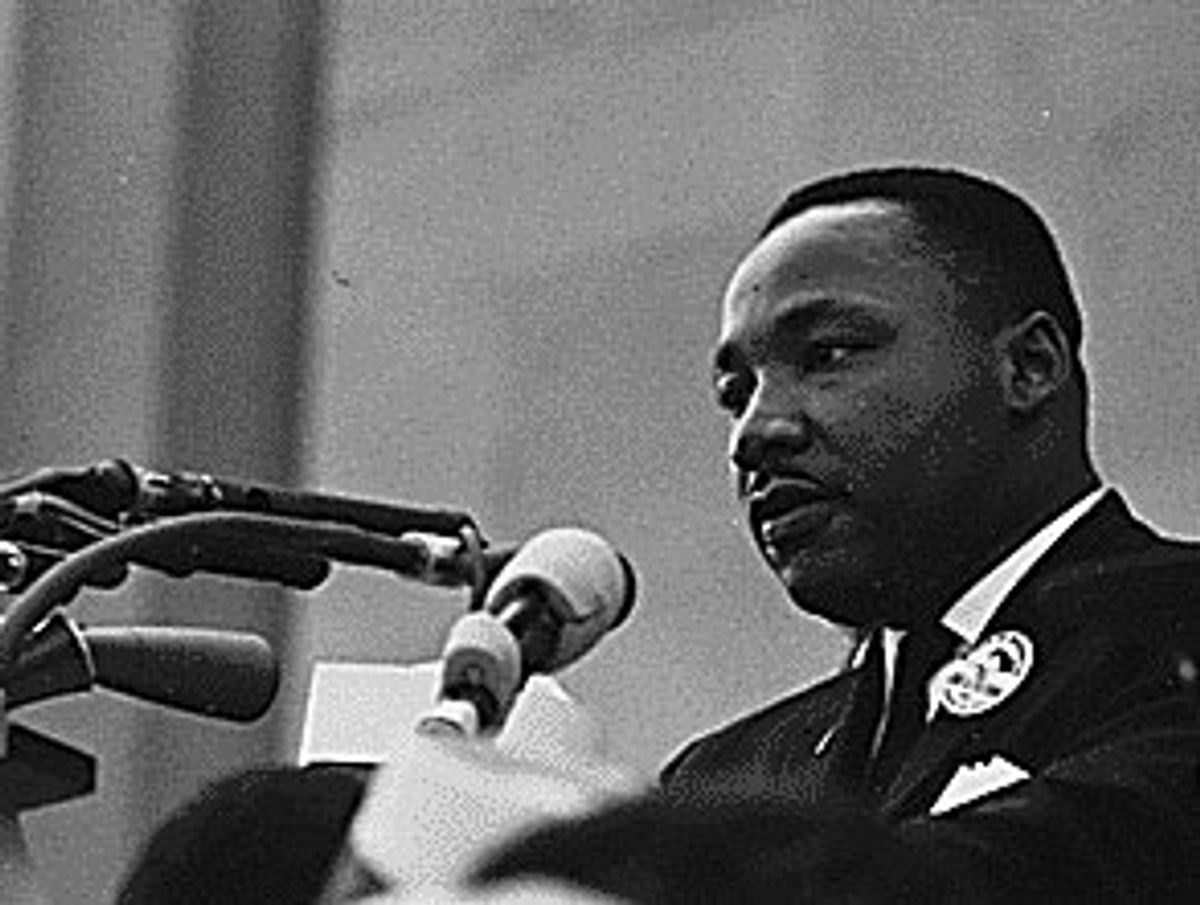 In honor of the Martin Luther King Jr. holiday, Salon Audio presents an excerpt from the late civil rights leader's "I Have a Dream" speech, perhaps his best-known oration.

This excerpt from the Aug. 28, 1963, speech, given on the steps of the Lincoln Memorial during the historic March on Washington, is taken from Time Warner's audio compilation of his speeches, "A Call to Conscience."