Green power in the red 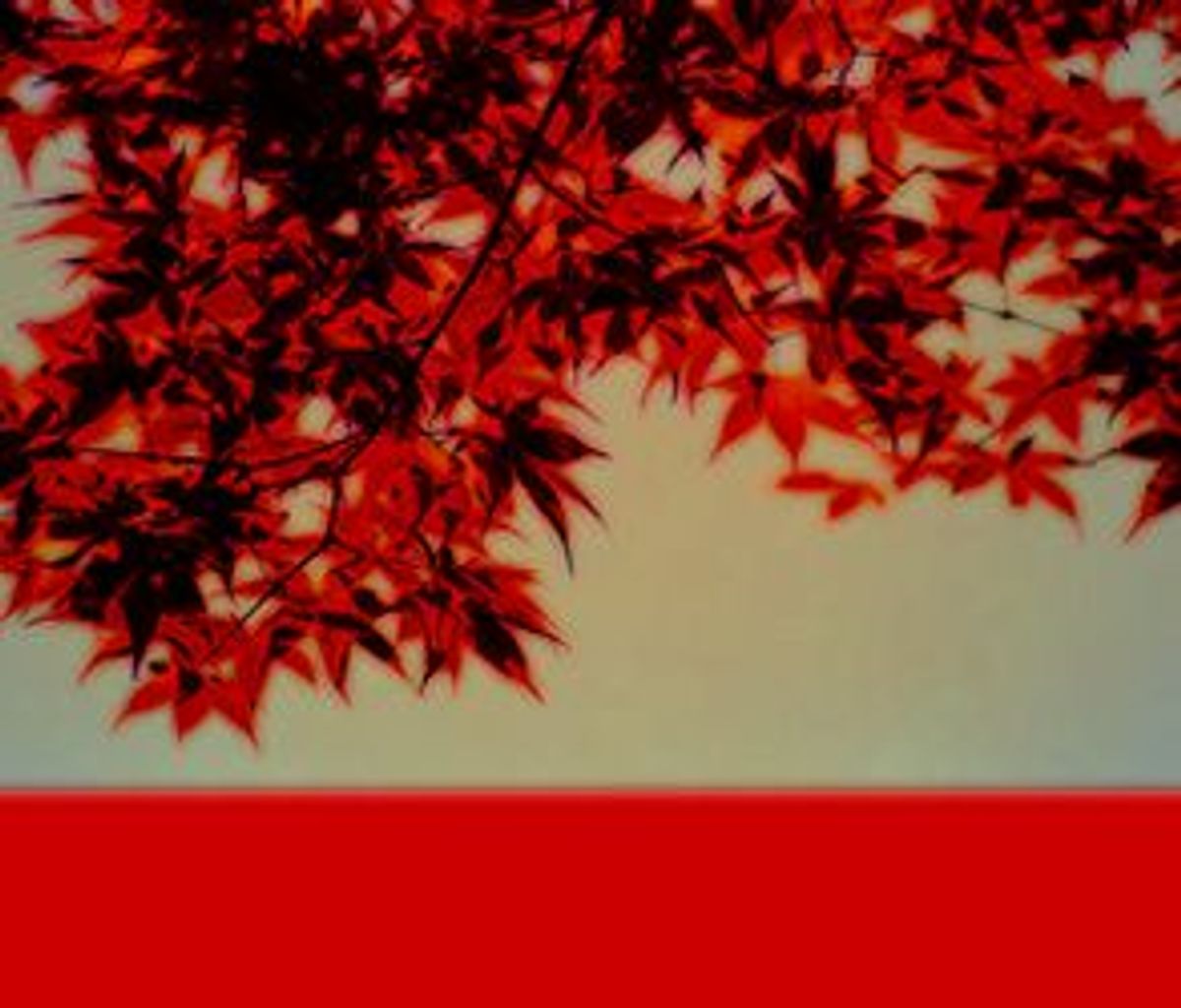 In April, Ray Levinson persuaded the U.S. Postal Service to make the largest federal purchase of eco-friendly power in U.S. history. After two years of effort, Levinson, an environmental compliance manager for the USPS, led 1,100 California post offices away from power generated by coal and natural gas and to Go-Green, a "green" power company. Go-Green promised to generate its competitively priced electricity from a mix of underground steam and methane -- renewable, environmentally friendly energy.

A press release announcing the switch bragged of "social responsibility" and noted that the three-year deal would "save about 25 million pounds of carbon dioxide, 60,000 pounds of nitrogen and 18,000 pounds of sulfur dioxide each year from being released into the atmosphere." The Postal Service planned to move an additional 1,000 offices to green power in 2001.

But just a few months after the contract was signed, electricity prices in California started to jump -- an unforeseen result of the state's flawed electricity deregulation scheme. Levinson hoped that the contract would remain secure. Go-Green's power wasn't subject, theoretically, to the ups and downs of the fossil-fuel business, so shouldn't the cost of steam remain stable? He figured Go-Green would be less likely to go bankrupt than a traditional utility like Pacific Gas & Electric.

He figured wrong. In September, Go-Green founder Rick Kohl told Levinson that he was having trouble getting enough credit to buy green power from power wholesalers. The wholesalers (Calpine, Enron and others) had jacked up their prices from 6 cents per kilowatt-hour to about $1.50. Kohl told Levinson that some of the post offices would be forced to return to PG&E and other so-called brown power companies. Then, in December, Go-Green went out of business, abandoning not just the post offices but also MCI WorldCom and 2,500 residential customers who had also decided to go green.

Go-Green is but one of many clean-energy companies that have recently ceased operations. TenderLand Power Co. of Truckee, Calif., also booted customers back to the big utilities this month. Several other green power companies in California and in Pennsylvania -- another state that's deep in the throes of deregulation -- have also fled the business. The consequences for the environment, say some industry watchdogs, will be horrific.

"It's a disaster," says Dan Kammen, director of the Renewable and Appropriate Energy Laboratory at UC-Berkeley. Not only are the environmental gains that were made possible via deregulation now being lost, says Kammen, but the failure of deregulation may well lead to a rush to build new power plants that will only accelerate environmental damage. "These small companies drive the market for cleaner air. When they close down, that cuts off our ability to clean up the power supply. Within a year or two, we'll see the difference."

Responsibility for the sordid state of renewable energy can be traced back to the early 1970s. After the oil crisis of 1973, the federal government budgeted heavily for research and development of energy technology for cars and electricity -- part of a concerted national effort to decrease dependence on foreign oil. At its peak in 1979, federal and private investment in energy technology totaled more than $10 billion per year, according to National Science Foundation figures.

But interest in renewable energy flagged as oil prices started to decline and as long lines at the pump became as distant a memory as disco. Ronald Reagan sounded the death knell, slashing federal funding by more than 50 percent. George Bush restored some cash to the R&D coffers, but he then cut it back again, a push-pull funding pattern that President Clinton also followed.

"There is no sector of the power generation business that has been more badly ripsawed than the renewable energy market," says Karl Rábago, chairman of the National Green Power Board, which certifies green power companies with the "green-e" seal. While utilities enjoyed monopoly status and stable government subsidies for decades, alternative technologies failed to get the same favorable treatment. Green power companies also faced a mishmash of incentive programs at both the state and federal levels that varied wildly over time. This unpredictability made renewable energy too risky, so investors stayed away despite technological advances and the promise of lower costs. Advances in solar power ended up on calculators but not in many utility portfolios; windmill manufacturers figured out how to stop killing the hundreds of birds that flew into propellers, but few creditors ponied up enough cash to buy the blustery acres needed to make wind power dominant.

"These technologies have paybacks on investment that take 10 or 20 years," says Rábago. "So if the market demand is not steady, there will be no capital moving to those facilities." Potential start-up companies and investors tend to fear the economic threat posed by a sudden influx of fresh "brown" supply. Because it's cheaper to develop, say, a natural gas plant than a hydroelectric dam, "no one is going to send new investment [into green power] because the traditional market might smother it," says Rábago.

One benefit of electricity deregulation was supposed to be that individual consumers would be able to choose their supplier. Proponents of green power welcomed the introduction of more choice, and expected environmentally conscious consumers would readily switch to green power. Increased demand would then drive supply. If the big utilities didn't get involved, smaller players -- the Go-Greens and TenderLands of the world -- would pick up the slack.

That's what almost happened. Green Mountain Energy followed the plan, building a national brand by buying green power already available and investing in new renewable energy generators that cleaned up the overall mix and helped the company offer stable prices. TenderLand lined up funding to build a wind power plant in Palm Springs, Calif. And Go Green planned to do the same thing: "My real dream [was] to make it a cooperative," Kohl says. "I think people would really get into the idea of owning their own power."

So who is responsible for the current carnage? Most experts and green power providers hang culpability on the power wholesalers. After purchasing facilities from PG&E and other large utilities -- which sold their plants under deregulation -- Enron and Calpine took advantage of rising demand and sent prices spiraling upward. By charging "unfair and unjust prices for the energy," says Ken Keddington, TenderLand's chief financial officer, the wholesalers essentially killed off their own customers.

But wholesalers don't deserve all the blame, says Amory Lovins, CEO of Rocky Mountain Institute, an energy policy nonprofit. They're simply charging what the market will bear, taking advantage of a poorly designed deregulation scheme in which excess power is sold to the highest bidder. With prices topping out at about $1.50 per kilowatt-hour, "what would you expect them to do?" Lovins asks. "Why sign long-term contracts when the 'spot market' keeps delivering ever-larger returns?"

Green power companies should have recognized the systemic problems earlier, he argues. "Those that didn't buy a long-term, price-fixed contract were not being very smart," he says. "They sold themselves short."

The wholesalers also missed out on an opportunity, says Lovins. By cutting back investments in green options, as they did throughout the mid-'90s, they lost the opportunity "to sell a riskless product." Wind-generated electricity costs, for example, rarely budge; they aren't subject to Middle East politics or changes in regulation and federal funding. Lovins suggests that wholesalers could have capitalized on the stability of renewable energy by offering set-in-stone prices that would secure a steady, predictable revenue stream. Customers -- ever fearful of rising rates -- would have signed up in droves.

Despite what Lovins calls the "failure of commercial acumen on all sides," California's mistakes could teach the nation a lesson, says Kohl. Pointing fingers at the wholesalers isn't enough. People need to think "big picture" and "stop caring only about what's cheaper, right now," says Kohl.

Ultimately, they need to recognize that California's deregulation was not a complete failure. Green power took a giant step forward in visibility, says Berkeley's Kammen. New companies sprung up and thousands of consumers supported them, aided in part by a deregulation-mandated credit of 1.5 cents per kilowatt-hour for consumers who switched to green power. Without the credit, Kammen and others argue, few would have bothered.

But the credit, which ended this year, was never coupled with a serious public service campaign. "People didn't understand what deregulation was all about," says Kohl. While "green energy was even cheaper than brown power at one point," he says, the expected rush never materialized because the public didn't know green power was even available. Nor, suggests Kohl, did people understand that renewable power is just as reliable as what's offered through large utilities or that the costs would appear on the same utility bill as always. And without the necessary demand, supply never ramped up either.

Worst of all, the current electricity disaster in California is fueling a rush to build new plants -- which could effectively short-circuit the green power movement. Utilities and investors must not overreact and build in haste, says Rábago. "The green power market will continue to grow if the band-aids aren't stupid," he says. "There are an awful lot of people talking about huge, central-station power plants. That will create such a glut of power that the premium differential for green power will be intolerable for customers. They would kill off the market for renewables."

The death of small green companies combined with a rush to build would undermine "one of the primary hopes associated with electricity restructuring, the idea that people could choose to reduce the environmental impact of the electricity they consume," says Bill Golove, a Lawrence Berkeley National Laboratories researcher who focuses on electricity restructuring. With too much traditional power available, cost would trump all other factors; the choice to go green would be too painful to bear.

The Postal Service's Levinson agrees that reactions to today's crisis will determine green power's tomorrow. While some people will always place a high priority on environmental benefits -- Levinson's home, for example, runs on electricity from Green Mountain -- most live and die by how high or low rates are. Government agencies are no different. The Postal Service, for all its talk of "social responsibility," still bases contract awards primarily on price. So unless green power companies reappear and get the boost they need to compete, they'll remain on the fringe forever.

"We've been talking to other green companies, but for now it's still a matter of wait and see," Levinson says. "It really is disappointing.