Why doesn't anyone know that Elvis' favorite book, the Physicians' Desk Reference, is written by drug companies? 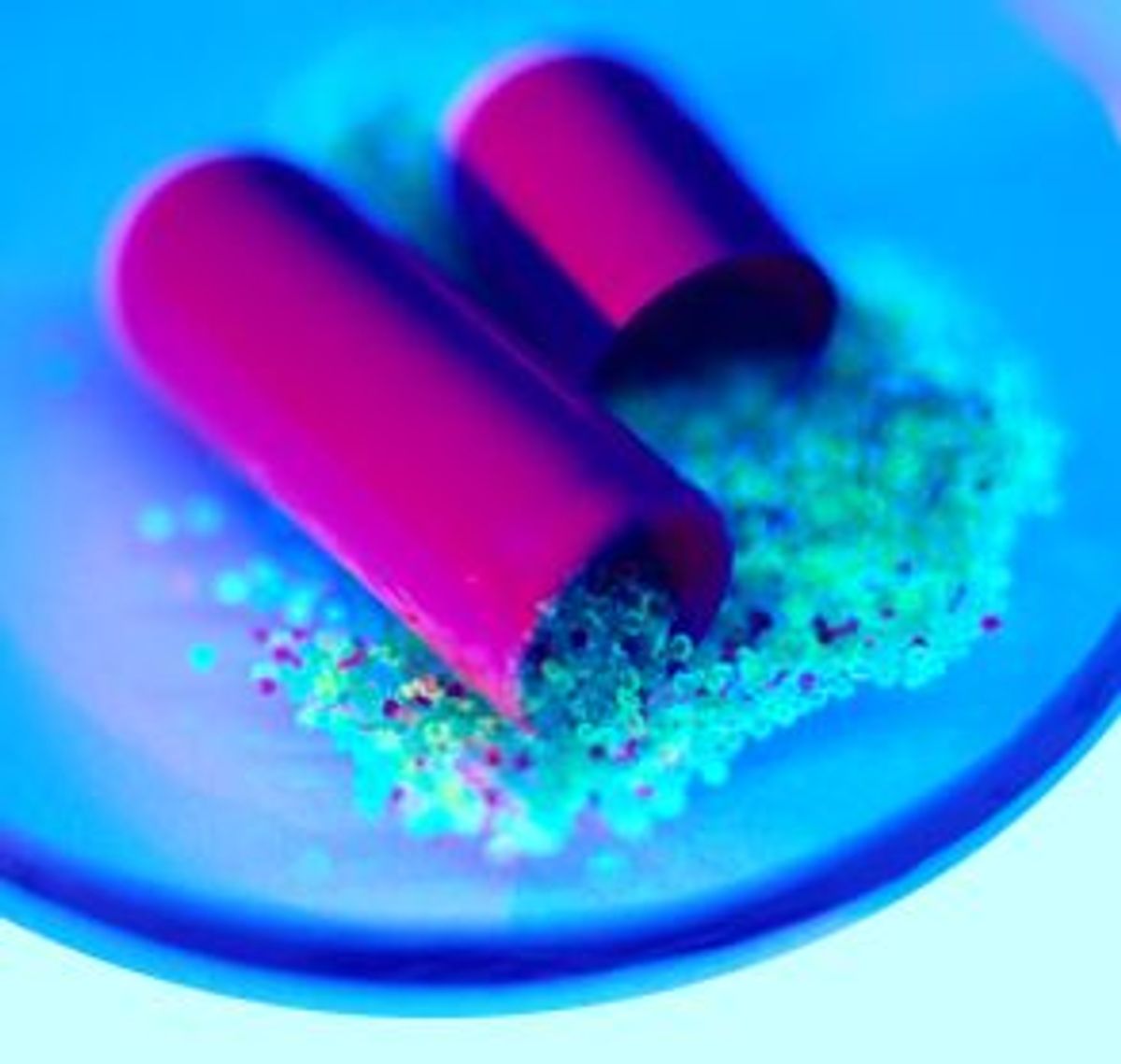 It was, some say, Elvis' favorite book. Judging from the stacks of copies at Borders and Barnes & Noble, it's a lot of other people's fave as well. The book, the Physicians' Desk Reference, or PDR -- the 55th edition of which has just become available -- is huge, dwarfing all other medical volumes on the shelf. It's blue. The cover's textured for that authoritative feel. But it's not what you think -- that is, if you think it presents the fruits of herculean, independent drug research, you're wrong. There is such a book, only nobody buys it (more on that later).

What the PDR does offer readers, in deadeningly dry prose, is the manufacturer's information packet for every drug licensed by the U.S. Food and Drug Administration. The drugs are listed in a nested alphabetical style: by pharmaceutical company and then by name, from Abbott Laboratories' Abbokinase, a clot-busting drug (available to institutions for about $2,300 a pop, but cost is just one of the urgently important items the PDR doesn't deliver), to Zeneca's Renagel, trade name for sevelamer hydrochloride.

Each drug citation contains, in rigid sequence, information the drug company provides by law to the FDA. The PDR says so, in the foreword no one reads. Buried on Page 2 is a precise description of the volume's purpose: to be an "exact copy of the product's FDA-approved labeling." The publisher's sole function is "compilation, organization and distribution of this information." Sweet gig, especially since people buy it thinking they're getting so much more.

Here's what you get for 80 bucks: First, in each listing are "indications," those uses for which the drug has been OK'd by the FDA. The book cannot, by virtue of the rules of the game, list all the conditions that a drug might be useful for, known as a drug's "off-label" prescription. But regardless of its "indications," there's no restriction on how a doctor may prescribe a particular drug, so if you're using the PDR to look up whether the antibiotic you shelled out $90 for actually works, lotsa luck. The answer ain't there. Which doesn't mean the drug won't work; it just means the manufacturer is the wrong guy to ask.

The second section describes "contra-indications," those conditions that might get worse if you take the drug. For instance, look up propranolol, a blood pressure drug that causes air tubes in the lungs to constrict; you'll find it shouldn't be used by asthmatics. Makes sense -- asthma is a condition characterized by overzealous air tubes that constrict more than they should. But the PDR cannot resolve such questions as whether a physician who prescribes meds to the asthmatic hypertensive in his or her practice is screwing the patient or the patient is being screwed by his or her collective maladies.

Moseying on down, one comes to "adverse reactions." Ah. Perhaps something useful, finally. An answer to the nagging question "Does that funny (itch/heartburn/flaking) I just developed have anything to do with the drug I'm taking?" Let's look. Suppose you're taking Anzemet and you're feeling a bit constipated. By cracky, there it is among the adverse reactions. Cause, effect. The only problem is, you'll have to flip through dozens of drugs to come up with a medicine that doesn't list constipation as a side effect. There's a good reason for that: During pre-release testing trials the manufacturer gets information on every symptom experienced by every patient, mild to severe. That data is passed along in full to the FDA, and shoveled straight into the package insert. Thus every drug in the PDR lists constipation, flatulence, rash and thrombocytopenia as adverse reactions.

There's more. Gads and heaps and slabs more. But by now you may have realized that little in the PDR is useful or helpful information. It's just a bloated, biased bog of data. Facts required by law, delivered in boilerplate language artfully constructed for the sole purpose of limiting liability claims. It's hard to imagine a less useful source of information.

I suspect the vast majority of those who place their faith in the PDR look on it as a sort of Consumer Reports for drugs and are completely unaware of its true nature. It has been around since the 1940s, after all, and every physician gets one free at the beginning of each year. Generations of people have seen the book in doctors' offices and assumed that it was the hands-down reference of choice. Sublime, invisible marketing.

Unbiased information on every licensed drug available in the U.S. can be had in book form. For less than half the price of the PDR, you can get the Complete Drug Reference, compiled by the staff of the U.S. Pharmacopeia and published by Consumer Reports Books. You may not have heard of the Pharmacopeia -- it's an independent, nonprofit organization that sets official standards for drugs for the FDA. This is what you want if what you really want is to look up the relevant facts about any current drug. Like the PDR, its rigid structure (uses, warnings, drug interactions) makes the data accessible.

Both books have lots of pictures of pills, so you can identify which of Grandma's meds left over from her Christmas visit have just gone into Junior's mouth.

The value of the Complete Drug Reference lies in its objectivity. You still can't find out how much you'd have to lay out for a month's supply, but you can find out what you can or cannot eat while taking the drug. The book is written for you, the consumer, not hospitals, government officials or malpractice attorneys.