Bush gets schooled in payback politics

The president pushes his education plan while Democrats push back Ashcroft; McCain is unlikely to surrender at Bush reform summit. 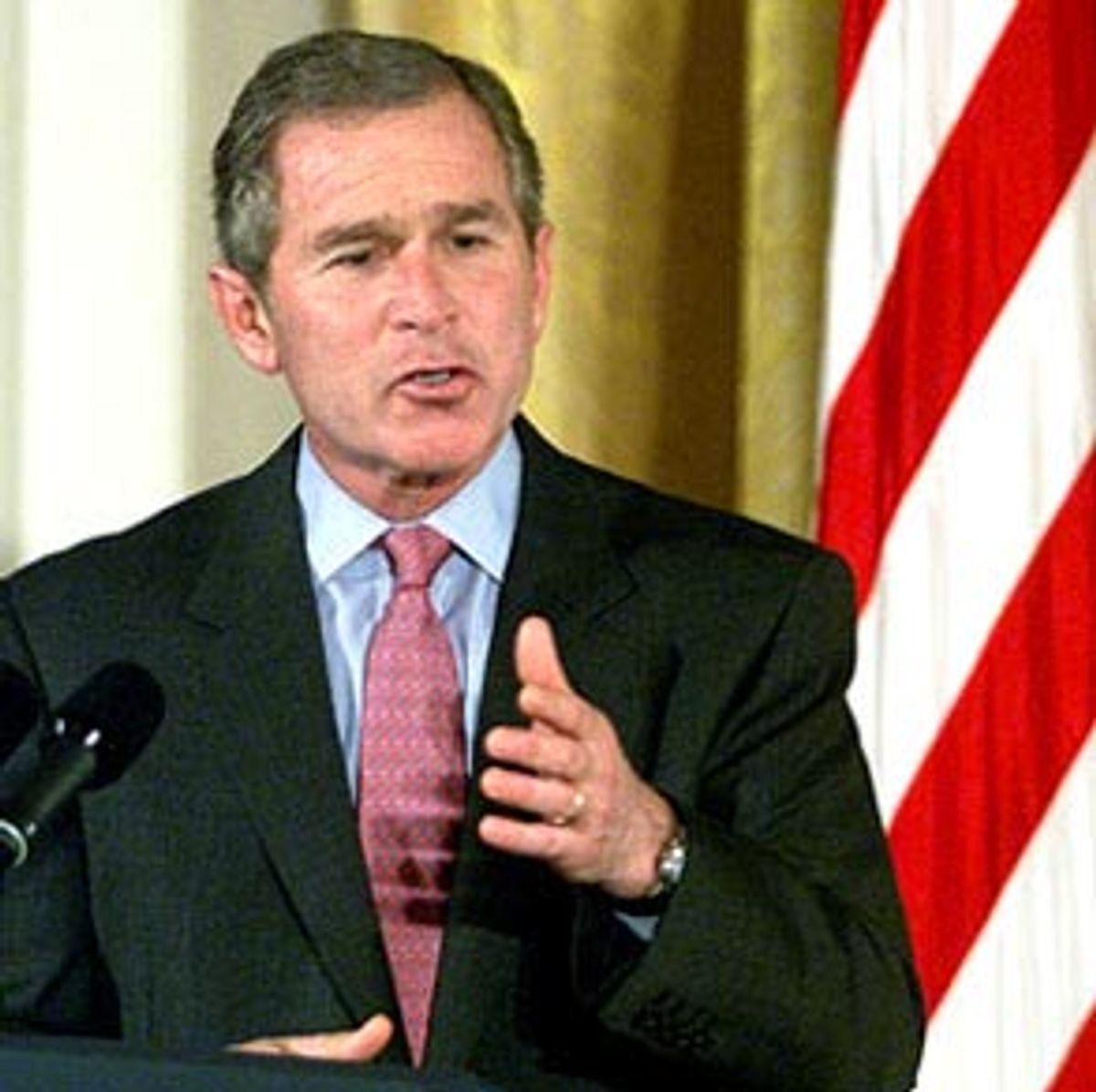 President Bush kept to his promise to put schools first on his legislative priority list. And while Democrats are giving him an "A" for effort, he's finding that Congress doesn't always play well with others.

Bush is already getting static over the school voucher part of his education plan. Democrats are also demanding to know where the president plans to get the money to reform schools, rebuild the military and refund $1.3 trillion to taxpayers.

In the meantime, Attorney General-designate John Ashcroft is finding that Democrats on the Senate Judiciary Committee want to pay him back for the trouble he caused during his time on the committee. When Ashcroft was still a Missouri senator, he often played the waiting game with Clinton appointees by insisting that they complete written responses to senators' questions before escaping the committee's clutches. Now Democrats want him to comply with this same "Ashcroft standard," which is likely to push the committee's vote -- and Ashcroft's confirmation vote in the full Senate -- back a week.

While Democrats won't say that the delay signals that they are prepared to obstruct Ashcroft's confirmation, the Christian conservative's opponents now have a few more days to get their shots in.

The past is coming back to haunt Bush in his own party as well. The unsinkable Sen. John McCain, R-Ariz., Bush's former rival in the primaries, is going ahead with his campaign finance reform bill whether Bush likes it or not. For the record, Bush doesn't like it but has agreed to meet with McCain to discuss the plan.

The campaign finance reform issue is a particularly sore point in the relationship between Bush and McCain. During the primaries, Bush allies torpedoed McCain's campaign with mysteriously funded attack ads and other political dirty tricks, paid for by goodness knows who. Soft money and stealth attack ads are two of McCain's top targets for reform.

Despite their protests to the contrary, Bush and McCain have had a tough time burying the hatchet. While McCain asserts that he's just doing what the American people want him to do, others suggest that his actions represent a dubious effort to embarrass Bush.
-- Alicia Montgomery [6 a.m. PST, Jan. 24, 2001]

President Bush didn't make many friends across the aisle during his first full working day at the White House. With a stroke of the pen, Bush reinstated the Reagan-era ban on U.S. funds being used by international family planning organizations that provide abortions or information about abortions. This move has reinvigorated concerns that Bush will pacify conservatives and ignore moderates during his presidency.

In addition, the president's action could complicate the confirmation of Attorney General-designate John Ashcroft. While Ashcroft appears to be headed for confirmation, Bush's decision to reinstate what abortion rights activists call the "global gag rule" could spur pro-choice organizations to redouble their efforts to stop Ashcroft, an avid pro-lifer.

New information about Ashcroft's record has also emerged to fuel the fervor of his ideological foes. In a 1997 speech to the conservative Heritage Foundation, Ashcroft decried "judicial tyranny," citing court decisions upholding desegregation, affirmative action and abortion rights as proof that the judicial branch is out of control.

Sen. John McCain has frequently said that the campaign finance system has gotten out of control, and he's aiming to fix it immediately, with or without Bush's help. In a Monday morning press conference, the Arizona Republican, flanked by congressional allies, announced that he would press for the Senate to move right away on the McCain-Feingold-Cochran campaign finance reform bill.

The legislation would ban soft money -- unregulated donations to political parties from unions, businesses and wealthy Americans. Though Bush has been vocal in his opposition to the bill, McCain said he had no intention of harming or embarrassing the president in pushing reform forward. Still, he believes the bill should be considered soon, before reform-shy senators and representatives figure out a way to thwart it. For campaign finance reform, "delay means death," McCain said.
-- Alicia Montgomery [6 a.m. PST, Jan. 23, 2001]