Marriage, or partnership, depends on how urgently and wittily people continue to talk to each other. 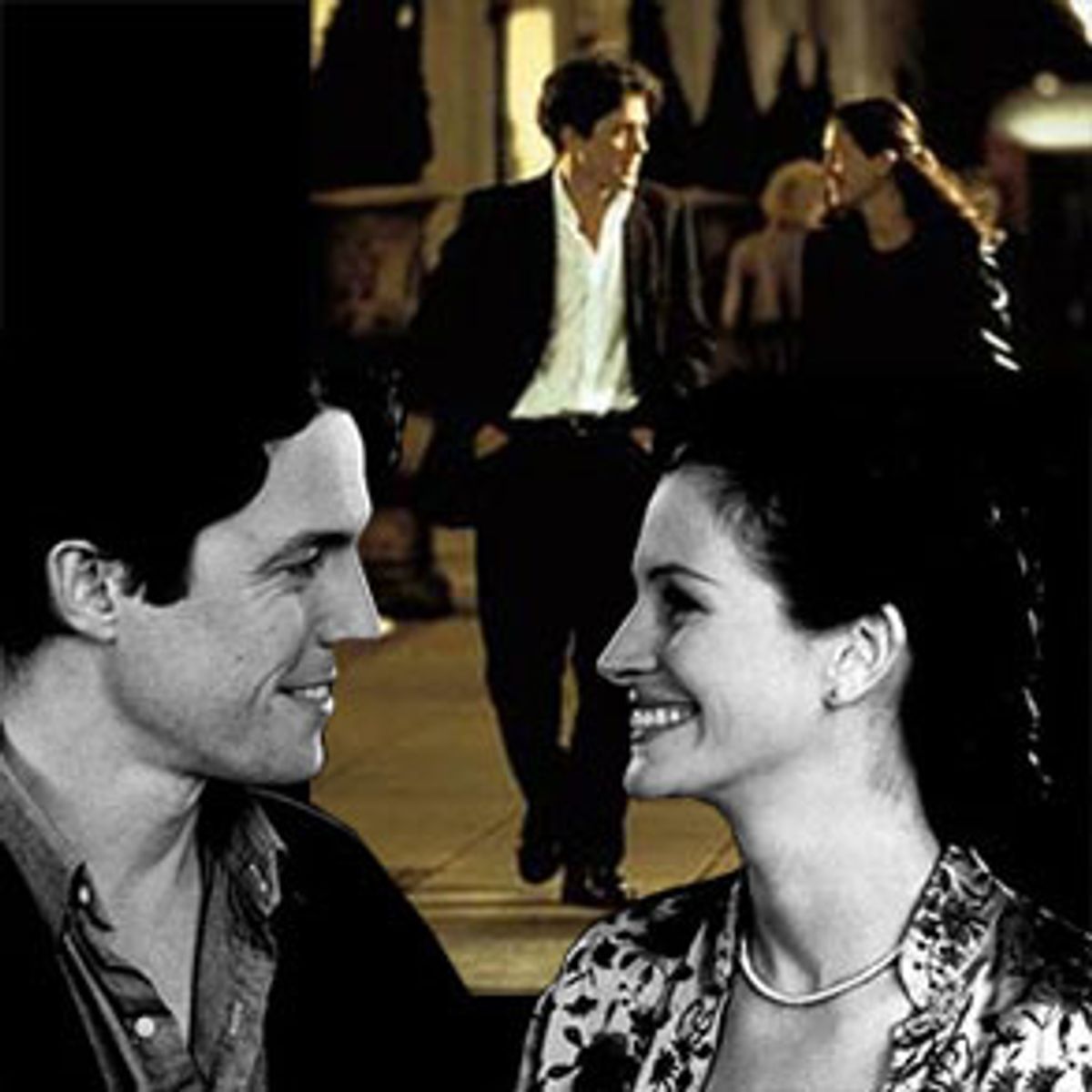 What was the last movie you saw in which people fell in love because of the way they talked? I don't mean simply to each other, but the way they used words, and how that usage reflected on such things as spirit and soul, as well as knowledge and experience. I mean the saving interplay of sadness and humor; the poetic grace or fancy that can deliver a compliment better than a caress. I mean an essential tenderness toward the cadence and sound of language -- let syntax look after itself sometimes. Much as, early on in a relationship, we might only want to make love to and with the other person, surely words will have their hour and their lifetime. Marriage, I suggest, or partnership, depends on how urgently and wittily people continue to talk to each other. It is, if you like, the difference between saying (in the middle of a night or the middle of a relationship), "The field marshal sometimes forgets what he wanted to say when standing at attention," and facing the blunt bathroom wall advertisement "9 inches of hot metal. Fucks forever."

And I think I'm correct in saying that what gets most of us around the bases isn't mere attraction or sexual urge. It's the talk that makes a path, the feeble jokes, the better one; all couples need to learn humor. I am hesitant in raising education, but even "9 inches" will never face a greater need for schooling than finding ways to woo, or finding arguments to open some intransigent entrance. (Just call him or her "an intransigent entrance" -- it's so unexpected -- and you may be halfway home.) I don't guarantee it, but the thing most people are most denied in life is not actually sex or orgasm -- we help ourselves. It's being well talked to, in a way that persuades you the other person wants to know you. Never forget the second word in "carnal knowledge."

No, this is a more recent film, and film buffs may even scold me when I admit what it was. But watching it again last night, I saw how thoroughly it believed in the odd things people actually say -- the care, the politeness, the sympathy with which they choose words for other nervous creatures to hear and understand.

She says, "Come on, Flopsy" to him one night in a deserted London. They are an odd couple, yet talk has cleared away awkwardness. He is a failure, she's not, so to speak, and she has learned that he was called "Flopsy" at school. Not very masculine. And as they find a lovely, enclosed park, he is too shy or timid to climb over. Until she goes first and then tosses the line back over her shoulder, "Come on, Flopsy," and he is there beside her. They will make love later. The line has allowed it: its intimacy, its laughing away of crass labels, its promise of ease to come. And, yes, of course, "Come on" is not exactly deflating.

It's "Notting Hill," with Julia Roberts and Hugh Grant. If you give the whole film a chance, and forgive the flagrantly idyllic ending, it's about grown-ups trying to be more grown-up. I watched it with my son, an American, and he noticed, "English people tease each other a lot." "Yes," I said, "it's a sign of affection." Come on, Flopsy. A man might sail around the world with that encouragement.