In his darkest novel yet, the master of literary espionage pits a mild-mannered diplomat against a greedy pharmaceutical company that tortures and murders its critics. 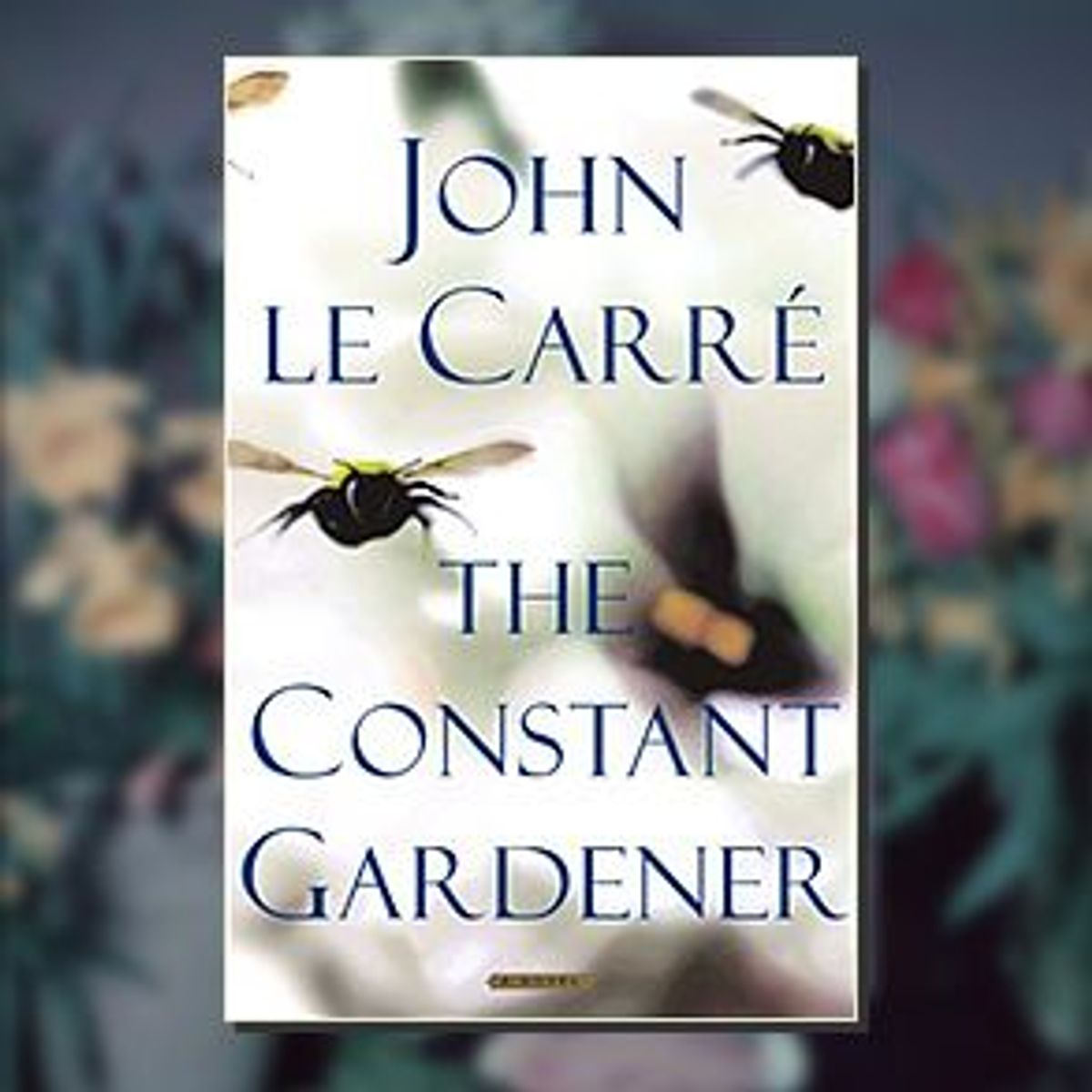 The Dostoevskian pessimism that has marked the greatest work of John le Carré reaches a new level in his latest book, "The Constant Gardener." And once it's over, the reader is astonished to read this disclaimer in an afterword from the famously opaque author: "By comparison with the reality, my story [is] as tame as a holiday postcard."

In the book, a pharmaceutical conglomerate tests an unstable new drug on a large number of Africans, with deadly results; crushes opposition from doctors who question the testing process; suborns the governments of nations large and small; operates its own secret service; and, not least, creatively tortures and murders those who might work against it.

This Robert Ludlum-scale conception is tame? It may be true that certain international pharmaceuticals are behaving this badly, but this unthrilling thriller so lacks momentum and grace that it's not going to force the issue into the public consciousness.

I'm going to discuss the plot in detail, so stop reading if you don't want it ruined. Le Carré's message, unsubtle here, is despairing: that in the face of such nefarious corporate power there's little to be done. Indeed, even the hero of a spy novel -- in this case, Justin Quayle, a minor British diplomat stationed in Nairobi, Kenya -- can't hope to compete.

The book opens with the report that Quayle's wife has been found murdered in a remote northern outpost of the country. She and an activist African doctor had been investigating the deleterious effects of a new tuberculosis drug on patients. The British government, ensnared with the pharmaceutical companies, declines to investigate, leaving the death to look like the to-be-expected end of a political troublemaker on a sex sojourn with a black doctor. Her husband ends up going AWOL and roams the world trying to track down her killers.

That's the basic story, but it's much more confusing than that, even by le Carré's standards. We see the first act through the eyes of Woodrow, another British diplomat. Woodrow is a mess of angst, desire and guilt -- he'd written the dead woman a love letter. Woodrow turns out be a red herring, but his persona is vivid enough that when the somewhat indistinct Quayle becomes the tale's focus, the book seems to drift; it's difficult to accept his feckless persona as the major character. The wife's relationship with the doctor is a red herring as well. (There's nothing wrong with red herrings, of course, but here they are handled bloodlessly: Just a few pages go by, for example, between when Quayle finds the love letter and when he learns that his wife had rejected the advance.)

We know from the start the pharmaceutical company is the culprit, so there's no suspense to the tale; le Carré thinks we're going to be so fired up by the polemic this novel disguises that we'll forgive him the lack of a true narrative arc. Some of his former strengths seem, suddenly, weaknesses. The ironic patois so many of his characters in the past have affected here seems to be in everyone's mouth; it's like pushing through a population of hyperverbal character actors. The Dickensian panorama of previous le Carré books might have better set off Quayle's limpidness; here, it is not made more interesting by contrast with the character of his dead wife, who is a martyred angel. The plot of the book goes something like this: Angel is murdered; milquetoast investigates in milquetoasty way, and gets killed too. Bad guys win.

It's plain that le Carré is trying to do something important with the latter days of his career. Where his heroes of the past squirmed in the grip of Manichaean forces working on a Cold War scale, they are today loners who stand up and walk into oblivion. "Our Game," le Carré's 1995 novel, ventured into the almost nihilistic world of Russia's war in Chechnya. In the depraved pointlessness of the conflict, the dubiousness of the rebels themselves, the fact that no one outside the region really cared in any case, le Carré found a symbol for the forgotten in an age of globalism. And at the end of that book he created an image to match the theme -- an image of philosophical surrender in the face of enormity -- that stays with the reader; after the first genocide, he seemed to be saying, there is no other.

Quayle's end is something else. Having discovered that the battle is being truly engaged in the Western political capitals, he instead returns to Kenya -- in effect to give up. He's symbolic only of a failed career and of marriage to a wife of whom he never seems to have been worthy. While it's true that the pharmaceutical companies wield too much power, le Carré has sent out to fight them someone who can't hold down a novel -- the chump, you might say, who came in from the cold.