I want my XTV!

Since the XFL went large, Vince McMahon has brought his patented mix of action, sex and violence to basketball, "Millionaire" and "Sesame Street." 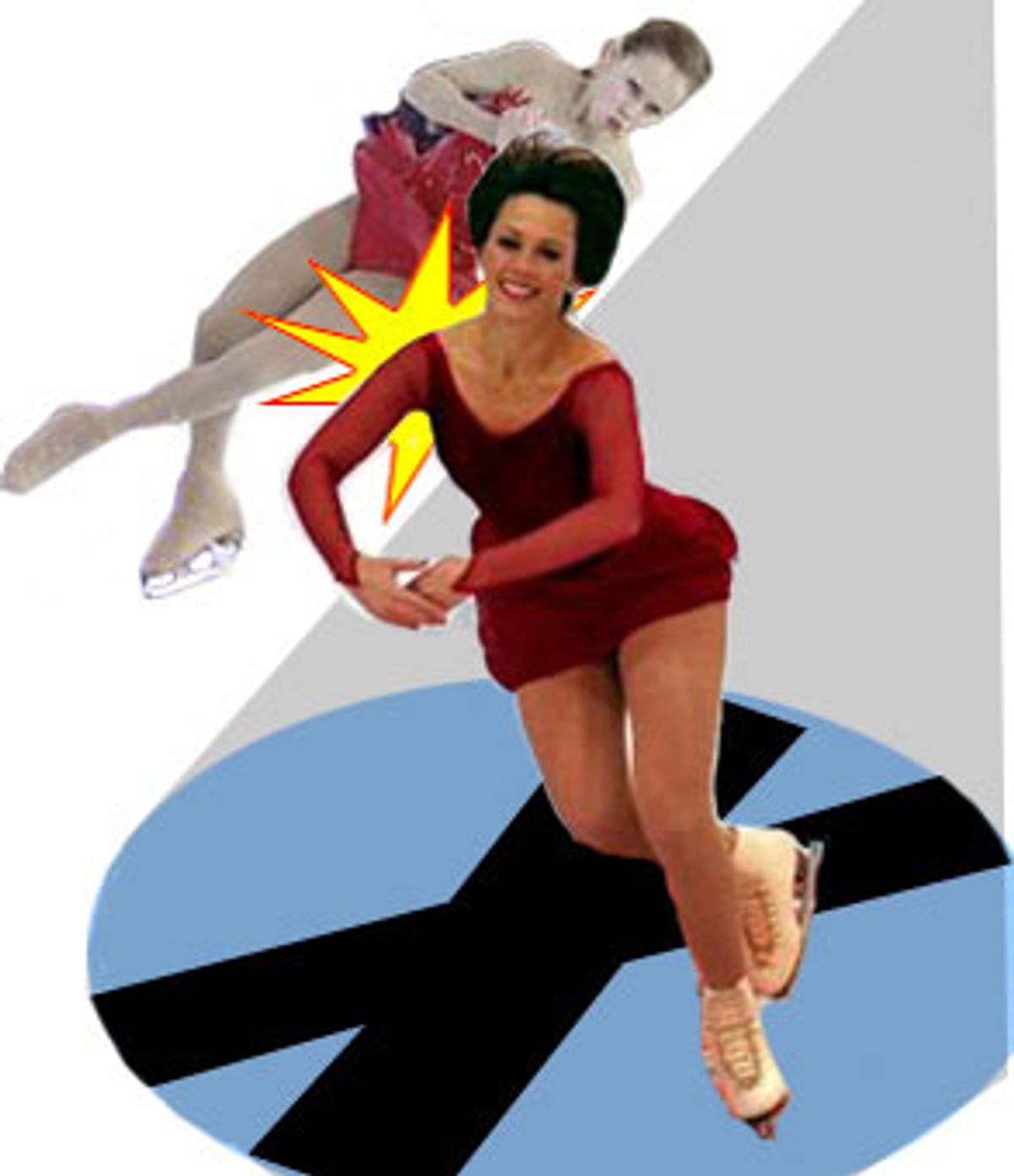 The XFL, the in-your-face football league co-owned by wrestling impresario Vince McMahon and NBC, has changed the face not only of American sports but of television as well. The football league's claim that fans were tired of the NFL's "pantywaist" version of the game struck a chord with viewers, and the XFL became a sensation, sparking a broadcast revolution.

Here are some of the new sports leagues and shows that have flourished in the XFL's wake:

"The element that's always been missing from figure skating, the one thing that all the other great sports have," says director of competition Tonya Harding, "is defense." To remedy that, "Figure Xkating" allows skaters to tackle their competitors to prevent them from completing their routines. This simple rule change worked wonders: While switching the emphasis from skating ability to toughness, it gave fans some tantalizing glimpses of skin when female competitors tore each other's tops off, and created the new league's first breakout stars, Freda Foreman and Shannen Doherty.

Like the XFL, the XBA is an "all-access" league, with microphones and cameras on the court, in the team huddles and in the locker rooms. Cheerleaders interview the players during the game. This recent exchange, after Charlie Johnson of the New York/New Jersey Meth Dealers hit a 3-pointer to beat the 10-second clock, is typical:

Some losing contestants have complained that they've been kicked off the show despite answering correctly. Loser Marge Glickson of Reno, Nev., sued after Electra said her answer to a question about why plants need light ("photosynthesis") was wrong. Producers maintain their answer -- "Because Stone Cold says so" -- is correct.

Big-ass Fowl is a pimp given to wearing feathered hats and teaching kids important life lessons in song, from "Never Trust a Ho" to "Always Keep Your Benjamins on the Outside of the Roll." In a running joke, a grouch character who lives in a dumpster routinely beats up the "guest" host, who is always former "copy guy" Rob Schneider. Every show is "brought to you by" the letter X, the number 69 and Tequiza beer.

The sport's first star was an old friend of Harding's: Shane Stant. "I've always been good with a club," Stant said after winning the XGA "Misters" tournament.