A swash of restrictions

Stephan Cox speaks with NARAL's Erica Pelletreau about why President Bush reinstated the abortion "gag rule," what other restrictions to expect and why Roe vs. Wade will still stand four years from now. 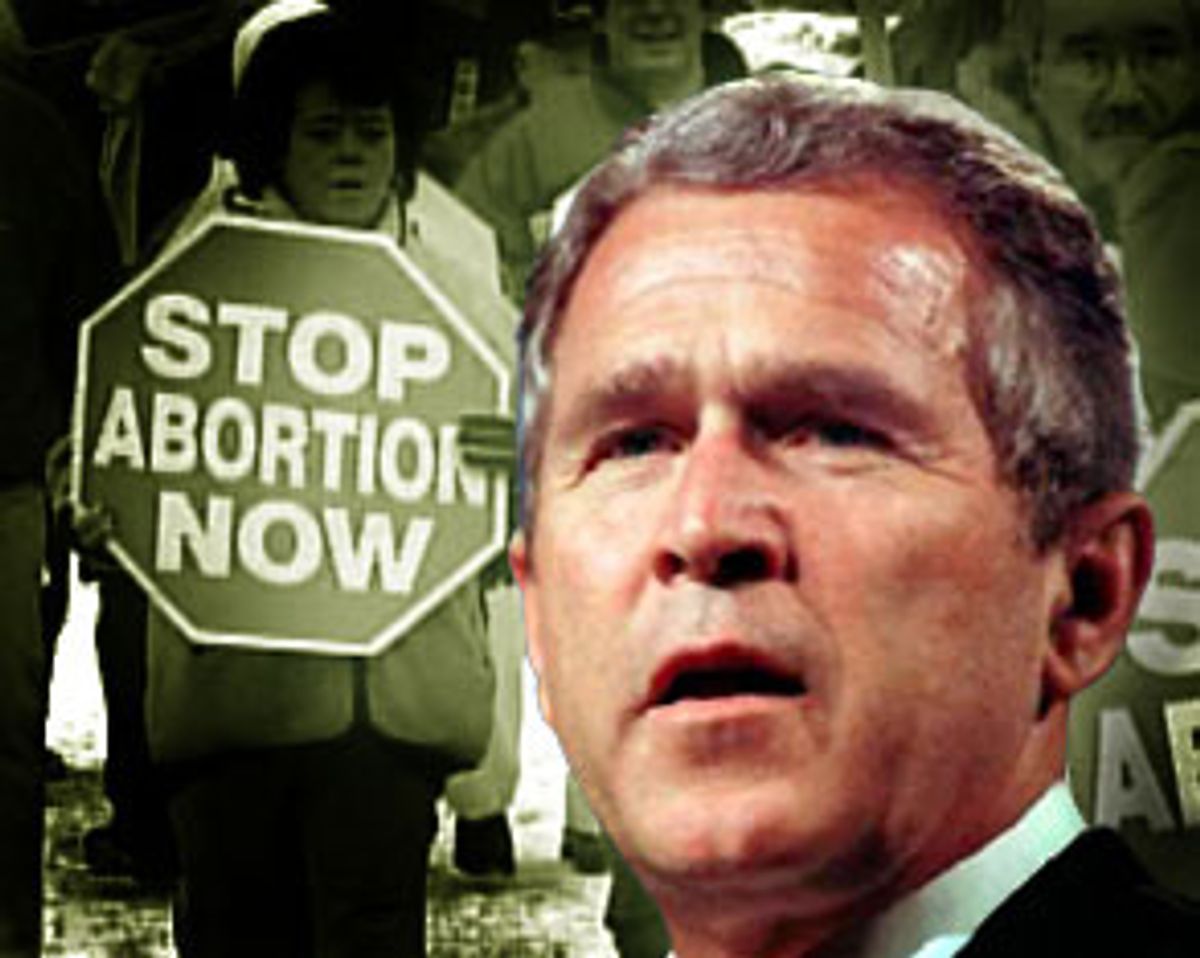 In his first days in office, President George W. Bush has surprised many observers by moving aggressively to cut back on abortion rights.

His first major policy move was to reinstate the so-called gag rule that cuts off American funding to international groups that even discuss abortion.

Bush sent a message of support to activists at the March for Life rally in Washington. And his new attorney general, John Ashcroft, is a devout Christian who is one of the staunchest foes of abortion in Congress.

NARAL is the self-proclaimed "political arm of the pro-choice movement," with the main focus of protecting and preserving "the right to choose while promoting policies and programs that improve women's health and make abortion less necessary."

MORE FROM Interview by Stephan Cox