Author Eric Schlosser says you don't want to know what the burger giants are serving. 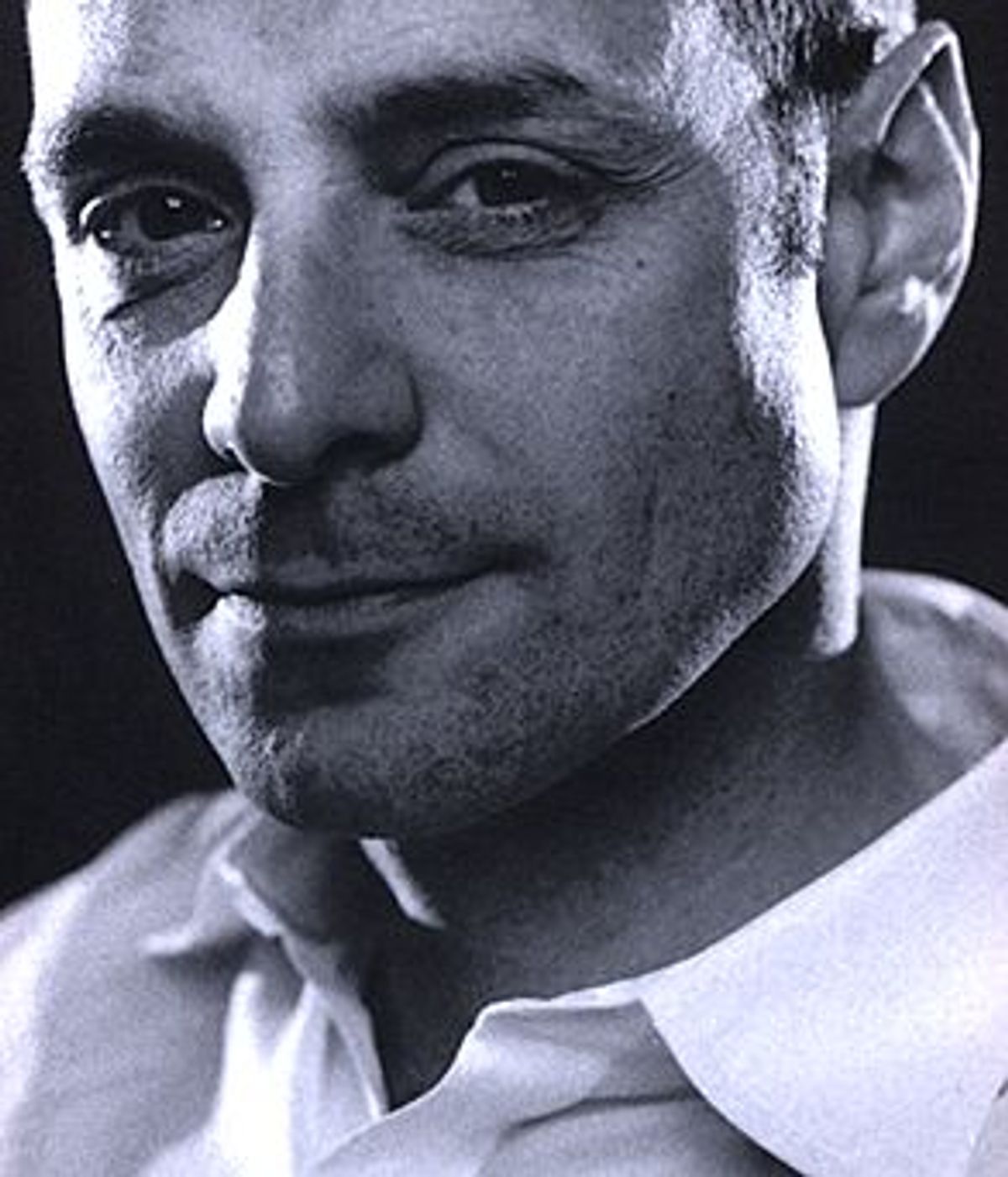 Eric Schlosser wants you to know he's no vegan vigilante on a one-man jihad against the fast-food business. Schlosser, author of "Fast Food Nation," is a red-meat eater who has consumed his fair share of burgers and fries. But he won't be grabbing dinner at McDonald's or Burger King anytime soon.

His gross-out exposé charges the fast-food industry with a litany of sins, from spreading sprawl to pushing unhealthy food on kids to exploiting teenage workers to relying on taxpayer dollars to underwrite the whole multibillion-dollar business. And that's before he even lays into the meatpacking business, which, he reports, literally grinds up its workers.

But Schlosser is more old-fashioned muckraking reporter than polemicist. For "Fast Food Nation" he waded through ankle-deep blood on the floor of a slaughterhouse to get the story. His next book will take on another big business: the prison-industrial complex.

Schlosser bubbled over with appalling facts in our recent conversation about fast food, what's really in our meat and what he thinks is the worst job in America.

In the book, you visit a fast-food convention where the head of Jack in the Box gripes about critics of the industry, saying they're promoting an agenda that's "anti-meat, anti-alcohol, anti-caffeine, anti-fat, anti-chemical additives, anti-horseradish, anti-nondairy creamer." Has the fast-food industry reacted to your book?

Not yet, and not to me. That speech that you mentioned, it was wild. The implication was that criticizing this industry is like being un-American. It had a very strong McCarthyite taint to it. And I think that's really their attitude.

I should reveal openly right now, for the record, that I have no investments in any health-food companies. I'm not a radical vegetarian, although I have a lot of respect for vegetarians and I think a lot of their arguments are very compelling. I came to this project as a person who has eaten an enormous amount of fast food and as a person who has probably eaten more hamburgers than any other type of food.

You paint a pretty bleak picture of both the fast-food industry and the food it serves. Why do you think this industry is so successful and iconic of America?

It's successful because it's convenient, it's inexpensive and it tastes good. And people need to eat, but don't have time to prepare their own food. So there's no question that this industry serves an important role in the society that we now have. This is how people are being fed.

When Ray Kroc [one of the founders of McDonald's] wanted all his food to taste the same in the late '50s and early '60s, doing that with a few hundred McDonald's meant one thing, and the impact on the land and the impact on the economy were one thing. But when there are 28,000 of them and when McDonald's is the biggest purchaser of beef in the United States, that idea of "Hey, let's have all the food taste exactly the same" has a hugely different effect.

The fast-food industry is so American and it is consciously so American -- Kroc wanted every McDonald's to fly the American flag. But the things that it worships -- conformity, uniformity, efficiency, technology -- that's only part of America. There are all these countervailing things that are really American too and that just aren't in the mix: individuality, diversity, caring about your workers.

You write that McDonald's has literally changed the American landscape. How does the company decide where to put its next franchise?

McDonald's has been extraordinary at site selection; it was a pioneer in studying the best places for retail locations. One of the things it did is study very carefully where sprawl was headed. Basically the goal was to be always just slightly ahead of it because that was where the real estate would be inexpensive. You could get the inexpensive real estate, put up your McDonald's, and by the time the growth got there you'd have a great location.

It became in some instances a self-fulfilling prophecy because the company's reputation for site selection is so well known that you'll notice wherever there's a McDonald's there are likely to be other fast-food chains nearby. So it kind of feeds the sprawl at the same time it predicts it. Ray Kroc was a genius at site selection. He would fly in a Cessna and in a very unscientific way he would look for schools to put McDonald's near -- where kids were. They went from Cessnas to helicopters and then from helicopters to commercial satellite photography and very ingeniously came up with computer software that would incorporate not only satellite photography but census figures and very in-depth, block-by-block demographic studies of income, of ethnic background. It's just incredible.

Fast-food companies use free-market rhetoric to argue against raising the minimum wage. But you say that the restaurants and the meat industry actually benefit from all kinds of federal subsidies. How?

The Small Business Administration has been used for years to secure loans for franchise outlets of the fast-food industry. The individual franchisee is taking out the loan, but the loan is being used to pay Burger King or Subway its franchisee fee. So the irony is that this federal agency which was created to support the independent businessman has really been a nice way for the fast-food chains to expand by using government-backed capital as investment capital.

Also, under various job-training schemes, the fast-food chains have gotten tax credits for hiring low-income workers. The irony here is that they actually want to train their employees as little as possible. I sat in a meeting at a fast-food convention where the top technologists who design the fast-food kitchens got together in a panel discussion. You had the top guy from McDonald's and Burger King and Tricon and KFC, and they were speaking very openly about how they all had the same goal: "zero training" in the kitchen. So, publicly, they're accepting money for training workers and then privately amongst themselves -- and it's on tape; even the brochure for that convention talks about how this panel is going to talk about the goal of zero training -- they're trying to make sure their workers get as little training as possible.

Your book has some pretty unappetizing passages where you describe how most meat is produced in this country. For starters, you write that the USDA has no legal power to recall rancid meat, while federal regulators can recall toys or tires.

So how has the meat industry maintained so much power?

If you look at the history of the last century, the meatpacking industry has had enormous influence in Congress and the U.S. Department of Agriculture. It's extraordinary that the federal government cannot order the recall of meat. Not only that, the federal government cannot fine these companies for shipping contaminated meat in the same way that it can fine an airline that was deliberately lax in its maintenance of airplanes.

Despite the cheery, happy image that fast-food chains convey, they were close with Gingrich's Contract With America and deregulation and opposing a minimum-wage increase. There's no question that the fast-food and restaurant industry and the meatpacking industry were delighted with Republican control being maintained over the new Congress.

For more than a century, the meatpacking industry has felt that it should not be regulated and that it should have the power to determine what's in the meat it sells. For example, in the United States, the meatpacking industry uses automated meat recovery systems which scrape the last shred of meat off the bone, but which have been found to introduce a fair amount of bone and spinal cord material into ground beef. Now, they're using these machines because they can get incrementally a little more meat, but that's introducing stuff into your ground beef that you don't want to eat. These machines are banned in Europe.

There's stuff in the meat right now that -- you know, you should really be cooking your hamburger meat well. I'm serious.

You write that cleaning a slaughterhouse is the worst job in America. What is so bad about it?

You have to clean up a big building where thousands of big mammals have just been slaughtered and you're under pressure to get it done quickly. It's done while a great deal of the machinery is running, so these conveyor belts all over the place are running and the cleaning equipment is a high-pressure hose with water and a chlorine mix that creates steam when you spray it.

So there's lots of big, dangerous equipment running when the visibility is low; you don't have a lot of time and the stench is horrible. There's blood and gore everywhere and you're likely to spray your co-workers and they're likely to spray you. Also, a lot of these workers ride the conveyor belts as they're spraying, and so they can be many feet above the ground. There are just so many ways to get hurt, you probably can't even list them.

And these people do get hurt. They tend to be the lowest-paid meatpacking workers -- they're the most likely to be illegal immigrants. And in the book I have a list of some of the injuries they've suffered in recent years, and some of them are literally ground up in the machinery. It's horrible. These are the ultimate in disposable workers.

How do working conditions in the U.S. compare with those in other countries?

If you look at the line speeds in Australia, Australia is just a huge exporter of beef. It's a huge beef country. The line speeds there are closer to about 100, 115 cattle per hour. In Western Europe, in the Netherlands, it's like 70 cattle per house. In the States, in the 1970s, they may have slaughtered 170 cattle per hour; now they're slaughtering 300 to 400 cattle an hour. And some of that may be due to better technology, but a lot of it is just due to the workers who have no ability to protest against the speed of the line.

Fast food is such a big part of American life. You report that one of every four Americans eats fast food daily. Do you think it's likely that Americans will demand these kinds of changes and reforms in food safety and labor practices?

I'm deludedly optimistic. I certainly would not have bothered writing the book if I didn't believe that there's enormous potential for change.

Take genetically engineered foods, which are such a big issue for many activists. The federal government has been so closely allied with Monsanto and with the big agribusiness firms that sponsor genetic engineering -- under the Clinton administration and the Bush administration both. So activists who wanted change saw none of it coming from the federal government and the USDA.

And I think that right now is a very good time for the pressure to be applied, because the market for fast food is so saturated in this country right now that the big fast-food chains financially are not in the best shape. So if they want people to continue eating their food, they should step up to the plate and just take some more responsibility for what they're doing.

It's not a question of McDonald's vanishing from the face of the earth. It's a question of these companies assuming some more responsibility for what they're selling. And again, I come to it as someone who has not only eaten at McDonald's a lot in the past but took my kids there a lot, and now I don't.