My son and I have a deal in which profanity begets literacy. 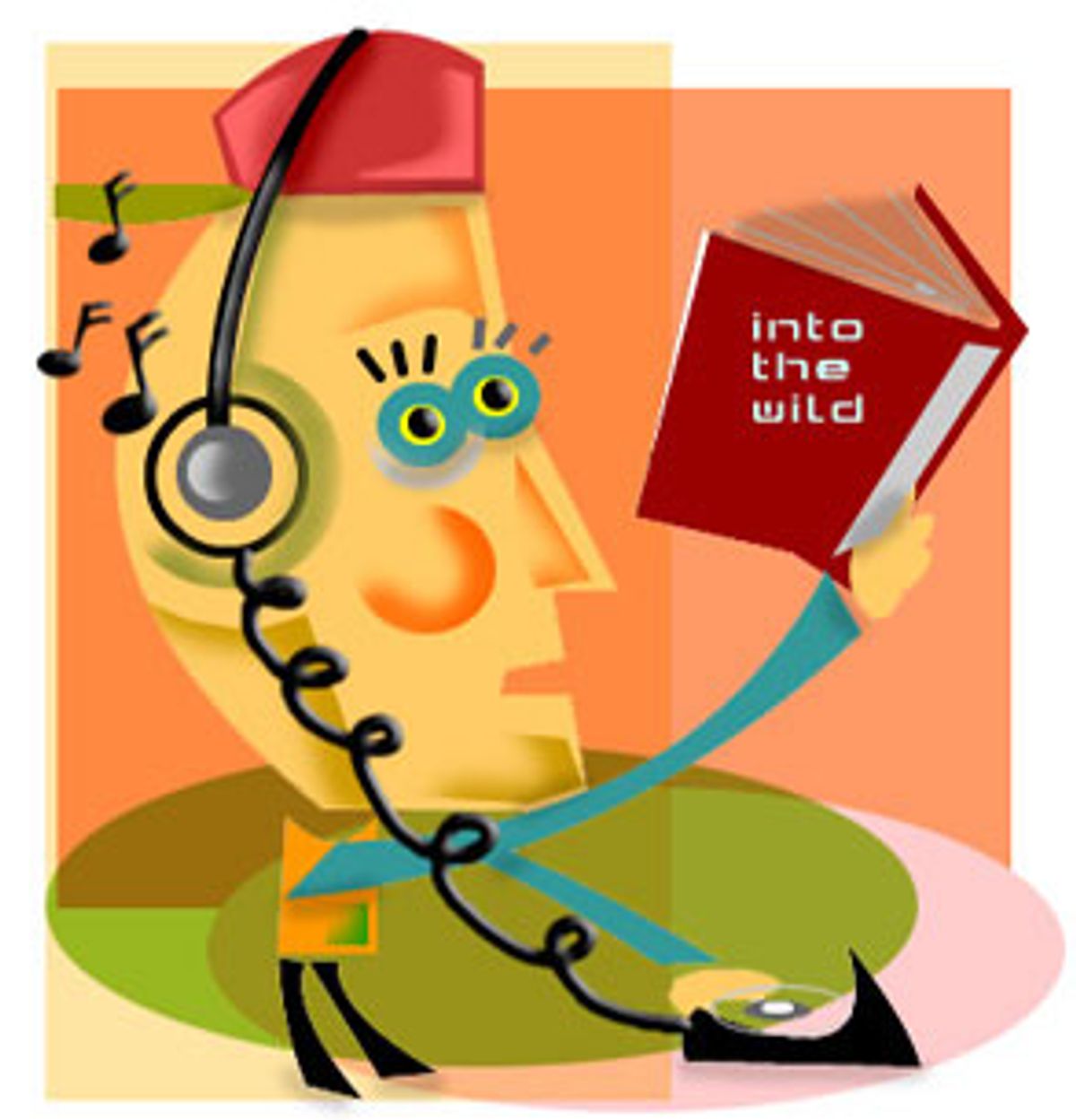 I am an English teacher -- a reader and writer in a world full of words. My son is a reluctant student -- an athlete and social animal with a limited vocabulary. I would prefer that my son not pulse a steady stream of profanity into his brain by way of music, his great cultural indulgence. But as a teacher of literature who openly expresses views against literary censorship, I find it hard to ban Insane Clown Posse from my home.

Last spring, after a new onslaught of unsavory hip-hop lyrics found its way into our lives, I devised a compromise. My plan was as subversive as it was simple. For every objectionable CD my son purchased with his own money, I would buy, and expect him to read, a book of my choosing. When I first presented the plan we were in the aisle of the local discount store. He was holding a cellophane-glazed case listing song titles that were themselves bleeped out. His short-term desire had overwhelmed his reason.

And that is how Jon Krakauer's "Into the Wild" made it into the house on the same day as Dr. Dre. The book club I belong to was reading it that month anyway, and when I started reading it aloud to him that Friday night, my son was hooked. As soon as he got home from the local skating rink, where he and his buddies rollerblade to rap rhythms every weekend, I had him sit on the couch with me to read. The grisly circumstances outlined in the first chapter were as unsavory as his posse's lyrics. Inside of the first five pages, there was the mother of all swear words, and I read it to him without skipping a beat. He looked at me, amazed. I told him the book was a true story; he finished reading it on his own.

Since finishing "Into the Wild," my son and I have purchased Limp Bizkit and Roald Dahl's "The Witches," Sisqo and Jerry Spinelli's "Wringer," Adam Sandler and "Harry Potter and the Goblet of Fire." The one-for-one profanity plan is working.

Not too long ago, a former student of mine was working in the music department at the bookstore and had to help my son locate a CD he wanted.

"Tell him what you're going to have to read to be allowed to buy this CD," I said to my son.

The teenage employee listened to the plan and told us that his mom had dealt with the same concerns a few years earlier by telling him he could listen to the stuff, but adding, "The first time I hear you saying smut in my house I'll cut those CDs in two." The clerk told my son to come back to the store to report on the CD and the book.

So last week we went to the bookstore again. I browsed the New Fiction section; he decided which one of the new Insane Clown Posse CDs to buy. The one he chose comes with 3-D glasses that make the eyeballs on the cover pop out. I recommended "Athletic Shorts" by Chris Crutcher. I once heard Crutcher speak to a roomful of English teachers about his day job as a family therapist. He claimed that counseling dropped characters right into his lap. Somehow there was beautiful symmetry in the trade -- a posse for a posse, insanity all around.

Linda Specht has been teaching high school in Strongsville, Oh., for 19 years.