For God's sake, save the children!

The NBA is worrying publicly about "kids" forsaking their schooling to turn pro, but its real problem is that the NCAA is no longer presenting it with famous rookies for free. 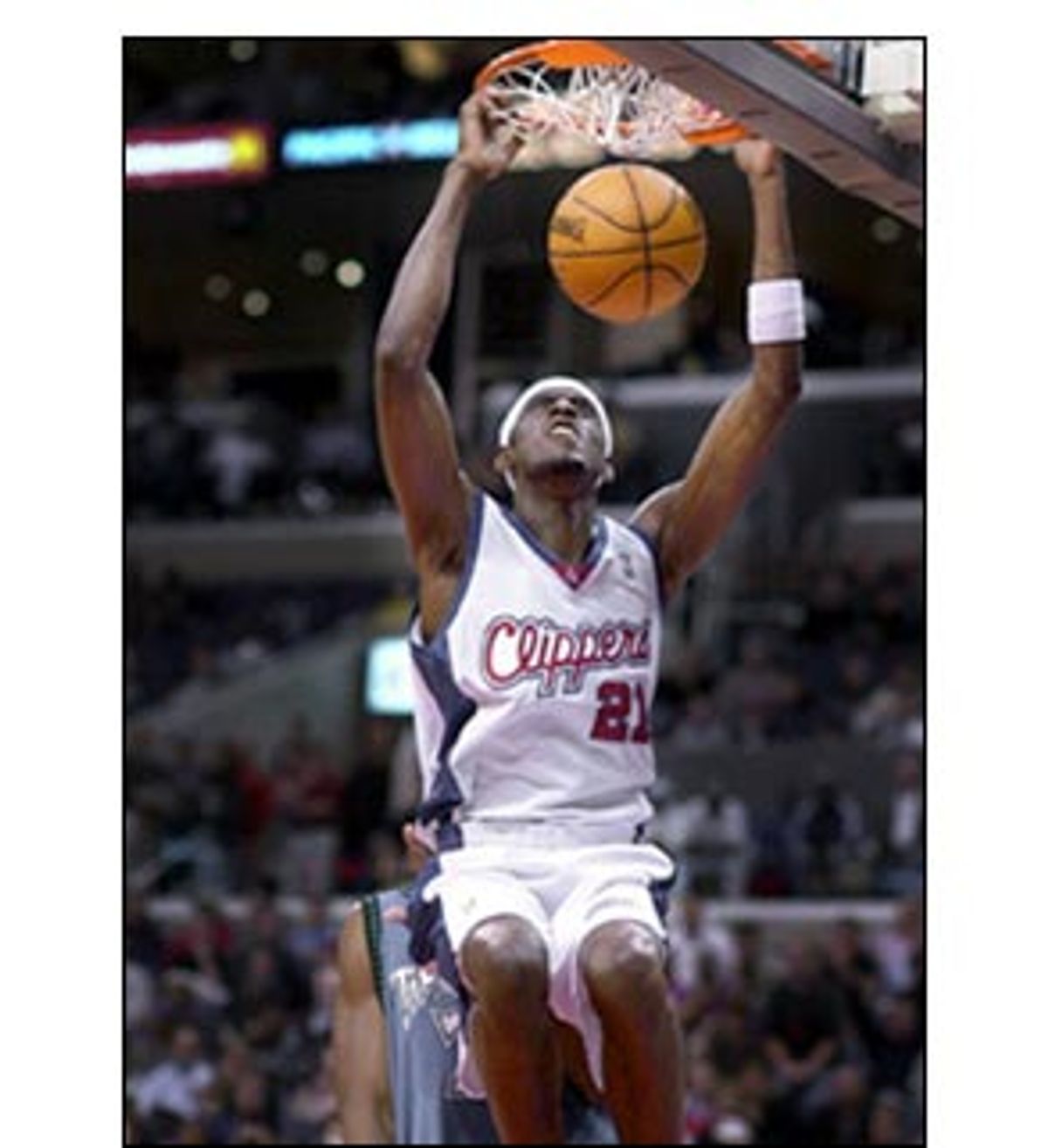 Nothing illustrates how desperate the NBA has become than the "Town Meeting" hosted by Wolf Blitzer on CNN Sunday. About the only thing it lacked was Jerry Lewis making a plea for "my kids." Actually, Lewis was about the only one who didn't plead for the kids: Michael Jordan; former Georgetown head coach John Thompson; Jordan's agent, David Falk; Alonzo Mourning; Bob Lanier; Player's Association head Billy Hunter and NBA commissioner David Stern all gave their opinions as to what the league needs to do to win back the fans, and all of them (with some reservation from Hunter) agreed that what the NBA needed to do was keep high school kids and college kids from leaving school so early for NBA careers. All that was missing was the telephones and a toll-free number.

Of course, no one actually said it that way. Everyone cloaked their self-interest behind oozes of pious sincerity. Falk was my favorite. "A lot of fans," he said with a straight face, "think that the high ticket prices have to do with the big salaries. If we don't get better control of the name value of the players coming into the league, then we won't be able to get the big contracts for players like Darius Miles if the ratings continue to soften."

Falk's words cut right through the blatant hypocrisy of the proceedings to the heart of the problem -- if you knew how to translate what he was saying.

Everyone else talked about the "kids" not being right "mentally" for the game at age 18 or 19 (then why not just let them ride the bench for a couple of years?) or the damage it does to a kid's psyche to be singled out at such a young age (then why not stop with the privileges and scholarships at the high school and college level?), and of course everyone, like Miss America contestants speaking for world peace, paid lip service to education.

Exactly how a multimillion-dollar contract would hinder a kid who really wanted an education from pursuing it in the offseason wasn't explained. But then, the point wasn't education but the players' years of academic eligibility.

What Falk's language was saying, when decoded, was this: "A lot of fans think that the high ticket prices are due to the big salaries which of course is pure baloney since what is has to do with is greed on the NBA's part because it knows corporations that buy tickets in blocks are willing to pay that kind of money but it's probably in our interest to let fans go on thinking that way 'cause we'd just as soon they didn't start thinking about corporations buying up the seats they can't get and anyway fans are willing to pay those prices to see the top name players but they're not getting that nowadays because they don't know the players coming out of college like they used to since the players aren't in college for very long and if we don't do something to stop this then the ratings will continue to slip which means lower salaries for the next Darius Miles which is bad but also less money for his agent which is really for shit." Or words to that effect.

Everyone agrees that fundamentals in the pro game are the poorest they've ever been and that this makes for a duller game. Essentially, what the NBA is trying to do, with increasing lack of success, is teach the fine points of the game to kids after they are drafted into the pros, which is what the colleges used to do. Unlike baseball, the NBA has no minor leagues; the NCAA has served that function brilliantly over the years, but now this cozy relationship is breaking down rapidly as teenagers are very wisely saying, "Why should I give two or three or even one of my prime earning years for nothing to a college system that doesn't care if I live or die beyond my ability to make money for it?" And to this, the NBA has no real answer, particularly since it can't restrict teenagers from seeking a living in the best way they know how without risking a lawsuit the league couldn't win and that would rip the league apart.

But lack of fundamentals is the least of the NBA's problems. What is really behind the ratings drop is what Falk was talking about with "control of name value." Simply put, he meant that years ago the top basketball players were already household names when they came out of college and that all the NBA had to do to reap the benefits was call a press conference when a player was signed. If the ratings continue to "soften," as he put it, then the big contracts won't be there for the rookies. Nor for him.

What can be done about this? My guess is nothing, nor really should there be since any solution would basically be short term and wouldn't address the NBA's real problem, namely that someday soon the unholy NCAA-NBA alliance that exploits thousands of young men for the benefit of a handful will come to an end; exactly how we don't yet know, but the blister swells every year. And when it bursts the NBA will have to see how it does living off its own smarts, without a cost-free minor league and marketing arm.

"One change I'd like to see," said David Stern solemnly as the program ended, "is to send a message to our youth that there are things more important than the NBA, and one of those is getting on with life." What Stern means, of course, is that he wants high school and college students to stay in school for four years whether they go to class or not so they'll be of greater value to the NBA later. And to which the best high school and college players are saying, in increasing numbers: You get along with your life and let me worry about getting along with mine.

Charles P. Pierce is the best sportswriter in America and, increasingly, the only reason to read Esquire, for whom he serves as a writer at large. His new book, "Sports Guy," brings together his best pieces from GQ, the New York Times Magazine and elsewhere, and will be referred to years from now when Tiger Woods, Magic Johnson and Larry Bird are discussed the way we now look back to Red Smith for evaluations of Joe DiMaggio and Joe Louis. I'm rather peeved I wasn't asked for a cover blurb, so this will just have to suffice.