Whenever I meet a woman who is beautiful but uneasy with it -- and there are a lot of them -- I get that strange Novak feeling. 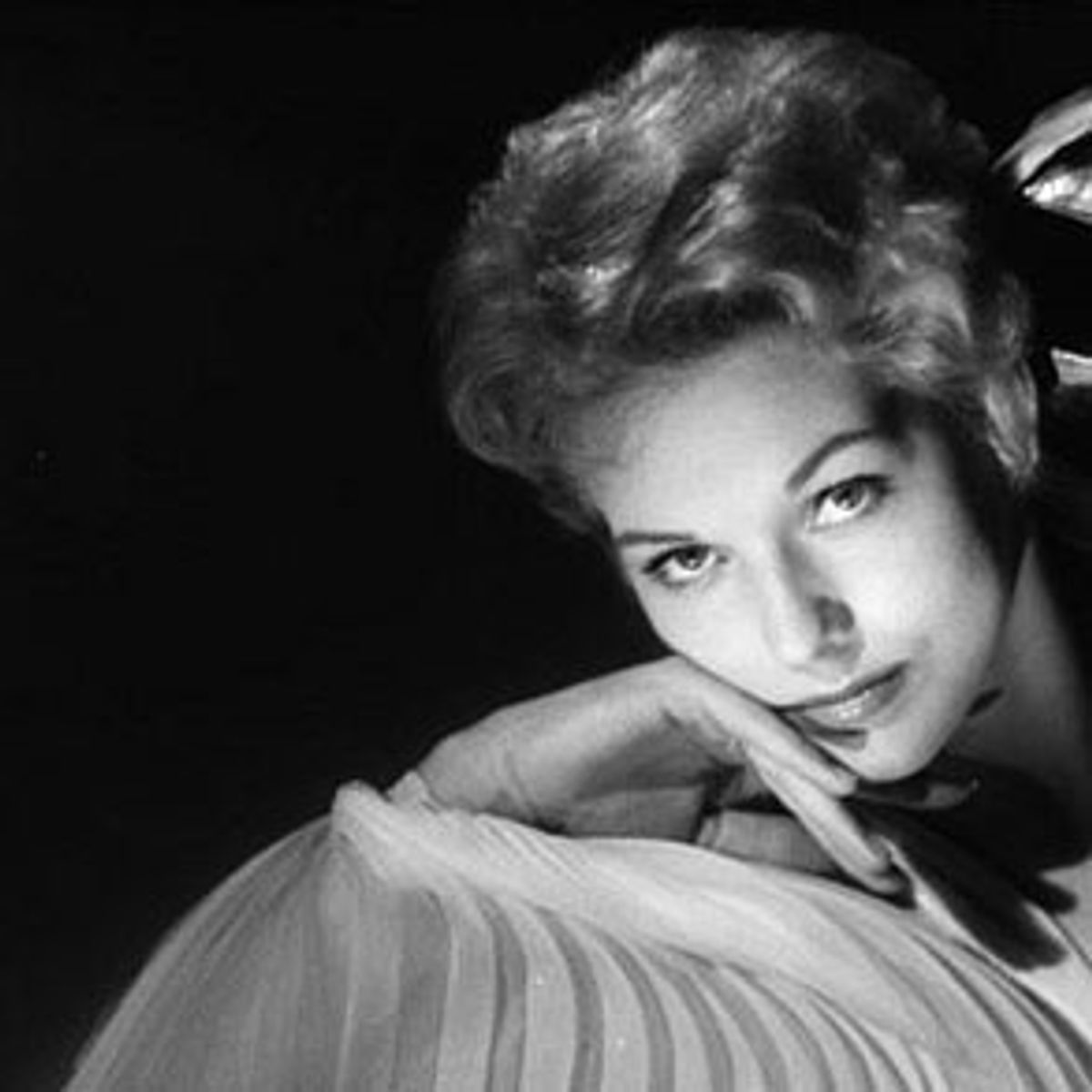 On Tuesday I heard that Kim Novak was 68. Which is nice -- even if it's true. I actually traveled on the same plane with her once, from San Francisco down to Los Angeles. I never said a word. Never dared approach or disturb her. I was just like Jimmy Stewart in the first part of "Vertigo," never taking my eyes off her, but never intervening. We know those scenes, know them nearly shot by shot, know the way Novak sighed and that slight breathy nervousness whenever she spoke, as if to let you know she knew it wasn't going to work. It made it seem as if she couldn't get lines quite right. I'm sure some directors labored with her, until they noticed that there was nothing truer or more pained than her real nervousness.

But who knows Kim Novak now, or cares? It was 10 years ago that she made "Liebestraum" and you have to bet or hope that that will be her last film. Because she wasn't the sort of actress who could just do anything and give it life and zing and pep -- the way these kid actresses are now, grinning all the time as if to let you know they know there's a two-way mirror and all you guys are watching. There are people with essentially sound judgment, and smart with words, who can explain to you that, really, she wasn't a very good actress. As if any of that mattered.

Kim Novak gave you the feeling that she'd be a lot more comfortable if no one were there -- including her. There was an extraordinary reluctance in her that was sensual and rueful. Like, could you manage not to look at me, notice me? That was what made her character in "Vertigo" great. In that film she plays a woman (or an actress or a stooge) who has been hired to walk around San Francisco acting mysteriously so that Jimmy Stewart is seduced. She has to be on view, make a spectacle of herself, with all the dumb innocence or serene oblivion of never noticing she has been noticed.

I'm not saying Novak had that all worked out. But her uneasiness, her shyness, were made for it. Suppose it had been Grace Kelly in the role. Kelly couldn't have done it without letting you see how smart, how cute, how coy and cunning she was. But Novak did the walk, the dreamy walk, and never noticed. It was as if you were asleep and were dreaming her. And that's how "Vertigo" gets its hold on us all.

Anyway, the date of her birthday, Feb. 13, stuck in my head, because I remembered that in "Pal Joey" (which is another San Francisco film; for some of us here, it is still Carlotta Valdez territory) she sang "My Funny Valentine." I don't think she could really sing. But no one dubbed her. Because it was touching enough to hear her trying to sing the song. I still hear her attempt, her bravery, every time I hear Chet Baker do the same song.

So don't forget Kim Novak, please, because there never was or has been an actress like her. Whenever I meet a woman in life who is beautiful but uneasy with it -- and there are a lot of them -- I get that strange Novak feeling. A lot of men went after her, but I don't know if any of them ever found much. She looks after animals now, and I'm always a little sad to see that in an old woman. Not that she's really old yet. She's only eight years older than I am, after all. I should have spoken to her, I dare say, thanked her for her work. But some people are made for watching and some for being watched.