It's rare for a movie to change the direction of a political debate in Washington, but this one has. 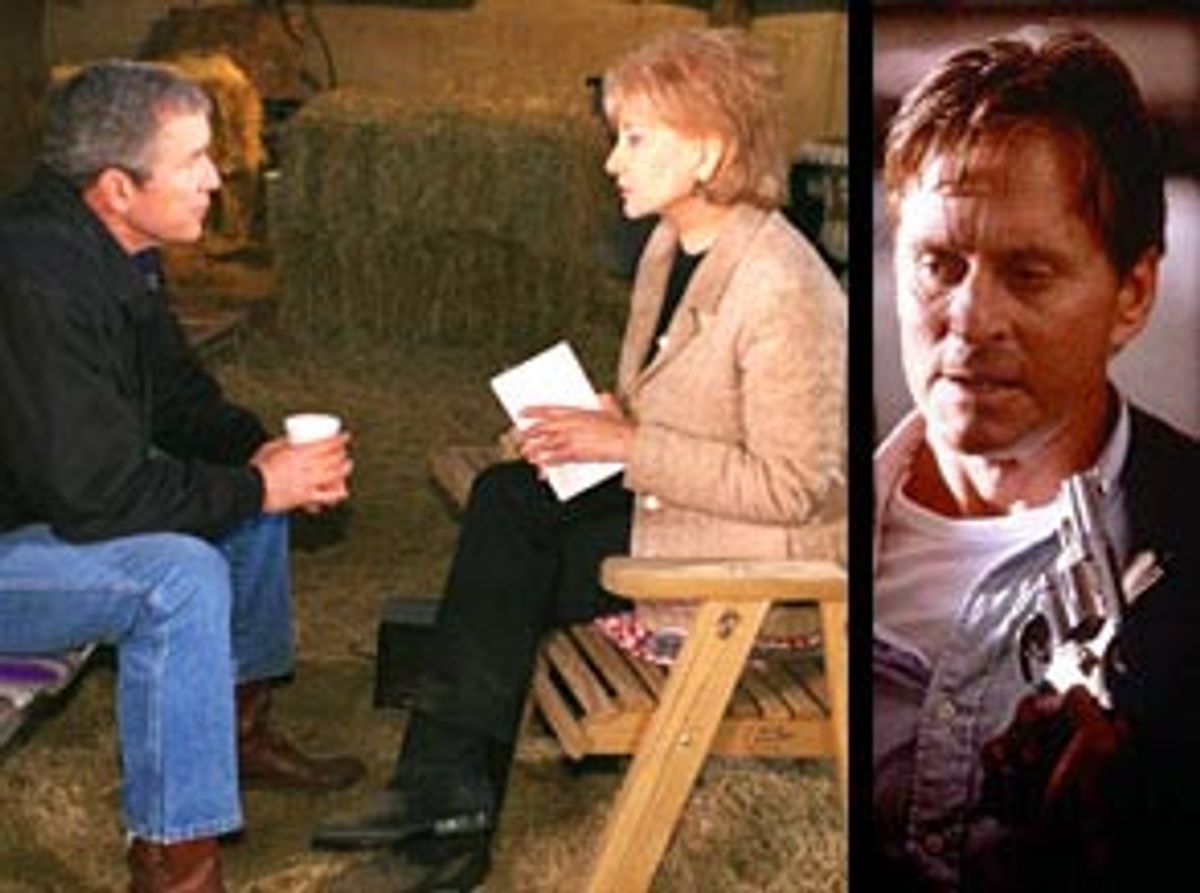 In the 1840s, Benjamin Disraeli wrote "Sybil," a novel that warned his countrymen of the danger of England disintegrating into "two nations between whom there is no sympathy, as if they were inhabitants of different planets." The book became a sensation, and the outrage it provoked propelled fundamental social reforms.

We now live in the age of film, so it's appropriate that our "Sybil" is a movie. "Traffic," the Oscar-nominated film that warns us about the dangers of a war on drugs where "many of our family members are the enemy," has also become a sensation. And it has transformed the political debate on the drug war.

"I saw 'Traffic' with my 16-year-old daughter," Sen. John McCain, R-Ariz., told me, "and it had a very powerful effect. It's caused me to rethink our policies and priorities."

And not a moment too soon. Let's hope that rethinking reaches as deeply as the disastrous effects of those policies. The facts about the failure of the drug war -- including 500,000 nonviolent drug offenders currently in jail and a fivefold increase in drug overdose deaths during the last 20 years -- have been available for a long time now.

But it took a powerful fiction to bring home the real-life insanity of our policies and the enormity of the suffering they are causing. As Michael Douglas' drug czar turned reformer puts it, "I don't see how you wage a war on your own family."

"Traffic" has clearly hit a nerve -- both with the 12 million people who've seen it so far and with those charged with shaping drug policy.

When Barbara Walters asked the soon-to-be-inaugurated George W. Bush about "Traffic" "and its premise that America's war on drugs is a failure," he replied: "I think we need to examine all policies in terms of treatment. I think we ought to focus on treatment programs that work."

That's a stunning departure for a politician who, during the campaign, attacked the Clinton-Gore administration for pursuing the drug war "without urgency, without energy and without meaningful success."

But the question remains: What will it take to turn the change in rhetoric into a change in policy?

It's definitely symbolic of a nation at a crossroads that one month into the Bush administration the only Cabinet-level post still unfilled is that of drug czar. Will it remain unfilled? Will we finally take the road less traveled, or will we continue down the well-worn path of more jails, more no-knock raids, more billions poured into Blackhawk helicopters instead of treatment?

"I met very highly placed officials in Washington," recalls screenwriter Stephen Gaghan of the exhaustive research he did for "Traffic," "who basically said to me, 'You know, off the record, this is BS. I feel like I disappeared down a rat hole. How did I get into this stupid war on drugs?' I heard that so many times I can't even tell you -- from people who then have to go out and do a press conference and go, 'Yeah, we're winning the war on drugs, buddy.'"

And, sadly, whatever their private misgivings, far too many drug warriors are still sounding the charge. Former drug czar Bill Bennett for instance -- there he was last week, writing about "Traffic" and spewing the old war clichés about the need to make "drugs scarcer, more expensive and less pure." Been there, done that. And drugs are purer, cheaper and easier to get than ever before.

"I've always been interested in works that are not only theater but the theater of ideas -- artists affecting politics and the public debate," Ed Zwick, the movie's co-producer, told me. "With 'Traffic' we wanted to hold up a very harsh but clear mirror and let people draw their own conclusions. We didn't want to preach to them."

The primary function of art is, of course, to move us, not instruct us. But "Traffic" shows us what a mighty influence art can be when it changes the way we see the world. "I believe there is no better way to teach than through stories," says Zwick.