The insatiably curious author of "The Orchid Thief" and "The Bullfighter Checks Her Makeup" isn't Mister Rogers and doesn't laugh at biscotti. 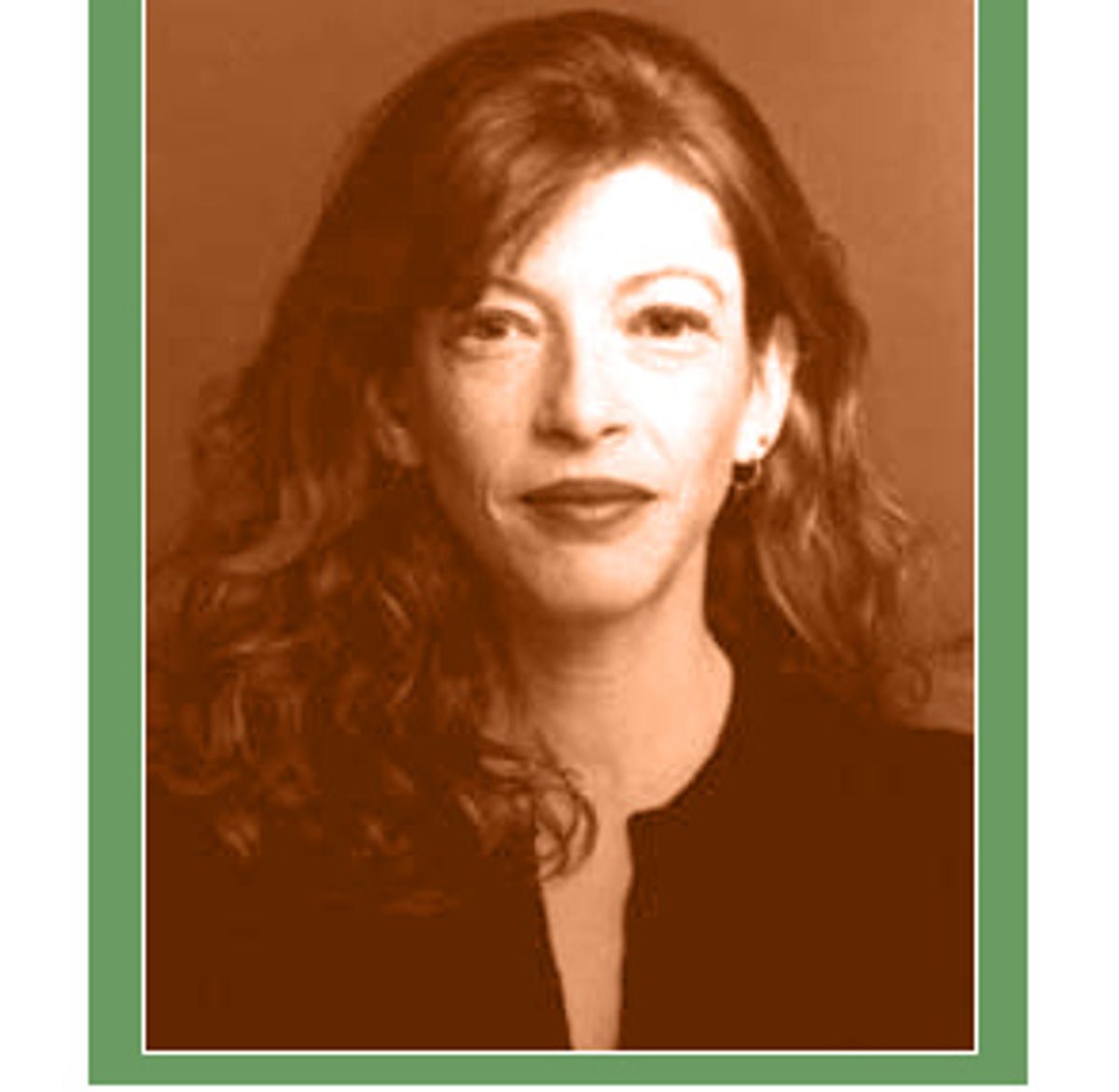 The first thing you notice about Susan Orlean is her job. The New Yorker staff writer and author of "Saturday Night," "The Orchid Thief" and now "The Bullfighter Checks Her Makeup" makes a living spending time with anybody she wants and then writing about it. The kooky owners of Biff, a Massachusetts show dog? She's there. A real estate broker in New York? She's on top of it. A 10-year-old New Jersey boy leading a normal life? That's her turf. Orlean carefully chooses the kind of subject who doesn't seem carefully chosen; she is paid to investigate the ordinary things our own lives are too short to look into. She's a little bit thrashable.

Orlean makes no impression in the first 10 minutes you're with her. She's a normal person who answers the questions she's asked. We order coffee in her hotel lobby. She doesn't say extravagantly writerly things, or extravagantly banal things. The only celebrity qualities she has are an abstract interest in her own life ("Sometimes I marvel at my ___") and a height of 5-foot-2. Also, she's friendly and unambiguously redheaded.

Don't think her looks don't matter. They matter so much as to advance the plot of this fall's new Spike Jonze/Charlie Kaufman film, "Adaptation." In the movie, a screenwriter hired to adapt Orlean's "The Orchid Thief" becomes seduced by her fetching dust jacket photo. The events of the movie are fictional, though "The Orchid Thief" is mentioned by name. Orlean herself figures in the film, although Meryl Streep plays her. It's the kind of Paul Auster-style high jinks you'd never find in Orlean's straightforward prose, but she's game enough to speculate about Streep's performance.

"I wasn't sure whether she was going to call me to hang around or not," Orlean says of the actress. "The director told me she probably isn't, that she's going to make it up. Which is appropriate because while the character is me, it's a very invented character."

Orlean doesn't linger too long on the upcoming movie. She admits to initial feelings of reluctance -- "that's my name up there," she says -- but seems reconciled to letting it be another thing to grow curious about. We return to the subject of her writing.

Orlean is the kind of writer who always "desperately, desperately" wanted to be one. She started after college at the end of the '70s at a Portland, Ore., weekly and in 1990 her first book was published. "Saturday Night," an informal investigation into how the United States spends its favorite evening, established Orlean as a person with really good story ideas. In 1992, the New Yorker hired her.

She's not in Portland anymore and it shows. When I hold up the silly, earring-size biscotti that come with our expensive coffee, she doesn't think it's silly. She's eaten a lot of tiny hotel biscotti by now. "Bullfighter," a collection of profiles she's written over the past few years, came out in January and she's been on the road promoting it for a while.

Not that the bright lights have her jaded. At my prodding, we go through the life of a New Yorker staff writer, and she seems aware that she has it good. The profile of Jean Jennings, Automobile magazine's eccentric editor in chief, in the Feb. 19 and 26 New Yorker is Orlean's most recent piece. The manufacture of the article went like this: After eight days in Detroit with Jennings ("I was with her the whole time," she says), Orlean returned to New York. She took her usual day to regroup, let her editor know she was back, then rolled into the office the next day at noon (she plays squash some mornings). There she typed up the notes from her trip, chatted with friends and digested the story before beginning to write. She recently signed a contract to complete "seven or eight" stories a year for the magazine.

"Each day is unique," she says. "I'm a very conventional, routine-oriented person. Sometimes I marvel that I have a life that gets increasingly fragmented and unroutine. It amazes me sometimes."

Everything amazes Orlean; curiosity is her thing. It got her the New Yorker job -- she wanted to know more about those great shirt folders at Benetton stores -- and it gets her readers through potentially boring articles about how supermarkets work or what some Maui surfer girls are like. It's "The Wizard of Oz" in reverse: She pulls back the curtain on tiny little lives to reveal great, vast characters.

"I think I actually am enthusiastic about these things. It's not some manufactured concern," Orlean says, explaining why the New Yorker gave her a job. "With Tina [Brown] it was harder because her legitimate concern was that pieces like this, when they go wrong, go wrong in a big, thudding way. Whereas a bad piece about Tom Cruise still has a little sexiness."

Brown "once said to me, 'You really are doing a high-wire act. It's all in the execution, and it's a really dangerous undertaking,'" Orlean recalls. "I went home and spent hours thinking, 'Oh no, does this mean I'm going to be fired?'"

She wasn't fired, of course, and she outlasted Brown. What's more, she figured out how to balance on the high wire. "You have to be able to say to the reader, 'Don't give up -- I really am going to tell you an interesting story.'"

There's a Jorge Luis Borges allegory about Susan Orlean waiting to be made from all those interesting stories. Something about a chronicler of the ordinary whose curiosity is so limitless that eventually the world's entire population has been profiled, one at a time. From a profile of, say, the Washakie man who determines our highways' shade of black comes an article about the woman who taught him calculus, comes an interview with the schoolmate who always came to class late, and so forth. At the end of the story, the Orlean character runs out of subjects, and the world either implodes or cancels its New Yorker subscription.

In the meantime, Orlean's writing is solid and generally unostentatious. The sentences are sometimes great (in "The Orchid Thief," she compares the Fakahatchee preserve's damp, heavy air to wet velvet), sometimes cute (she refers to her "most unfavorite thing in life") and sometimes confusingly in between ("the air was airless").

As a profilist, she believes more is more. She's a terrific collector of details, and she spares few of them once she starts typing. Whereas some writers arrange their stones in intricate, neat patterns, Orlean just dumps hers on the table and lets you find what you're looking for.

In "Devotion Road," which appears in "Bullfighter," Orlean follows a singing group around for a while and writes:


At the concerts I saw men wearing spats and women wearing hats such as I'd never seen before: a black porkpie with a turquoise veil and bow; a midshipman's white cap with little pearls sewn along the rim; a tricorne of orange faille; a green beanie; a purple derby, worn at a slant; a red saucer that had netting looped around the edge and a piece of stiff fabric shaped like a Dorito sticking straight up from the crown; a fuchsia-colored ten-gallon with an ostrich feather drooping from the hatband. The hats were on elderly ladies, who moved through the crowds like cruise ships.

"There are times when I wish I could write something that sounded totally different, a whole new voice in my writing," she says. "But you tend to write how you think. A few years ago, I realized that this notion that I want to sound more like person X -- it wasn't going to happen."

I ask her if getting to know her subjects interferes with seeing them for what they are. She's been called indulgent for making appearances in her profiles, and while this criticism seems overwrought, it backs into the question of how close an observer should get.

Getting to know a subject very well "can lull you into a different sense of mission," she says. "The sharp edges blur and you're into the protoplasm of the person rather than the outline."

But she insists that this doesn't preclude good journalism.

"I don't think I'm a Pollyanna ... I don't love everybody," Orlean says. "I don't think everyone's quaint. I'm not Mister Rogers. I'd jump off a bridge if someone suggested I was an apologist for people who are fundamentally wicked."

It's unclear when Orlean would have time to jump off a bridge. In addition to writing about car magazine editors, promoting "The Bullfighter Checks Her Makeup" and tracking down subjects for her next few New Yorker pieces, she's begun researching her fourth book.

"I'm writing a book about Harlem and gospel," she says. "It'll be a major reporting challenge."

Orlean's been attending a church in Harlem since the beginning of December. So far she's only sung with the congregation, and hasn't formally asked the pastor for permission to do the book, but she's excited. "It's what I like most about my job," she says. "Sticking your head into this other universe and saying, 'Wow, who would've thought?'"