When a Boston station locked out Christopher Lydon, it silenced public radio's most civilized -- and swinging -- talk-show host. 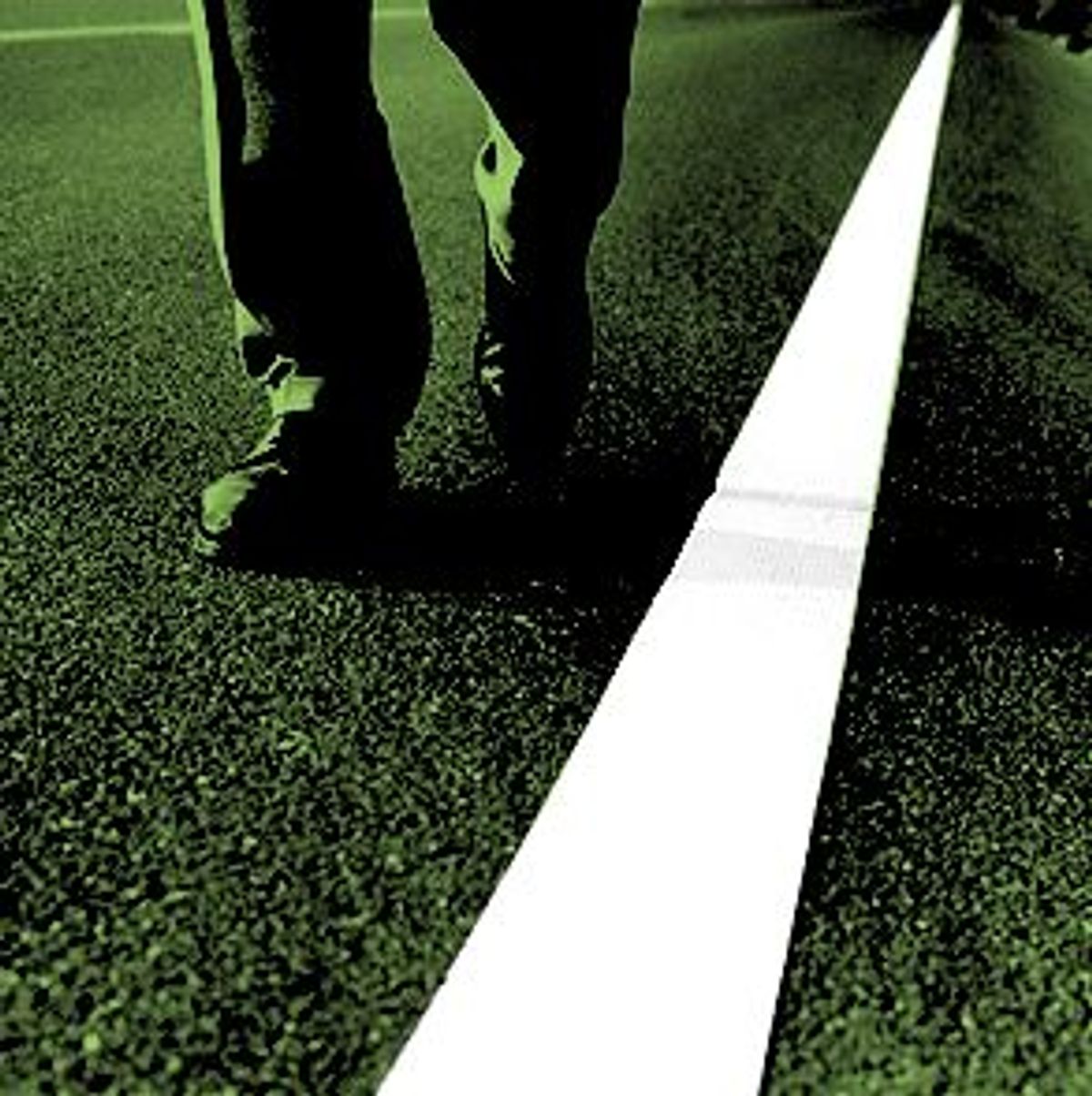 Would you feel a kind of panic if you heard the New York Times was going out of business next week? If someone told you they were taking "All Things Considered" off the air?

The remaining props of semi-serious adult American culture are few enough in number that a threat to any of them feels like an assault. No wonder that topic No. 1 among Boston's intelligentsia for the past week has been the fate of "The Connection," the radio call-in show started by Christopher Lydon at local public radio station WBUR.

Listeners in the other 80 markets the show reaches may simply assume Lydon is on vacation. In fact, as readers of the Boston papers have known since the story broke on the front of the Boston Globe, there's been what an impolite person would call a scab filling in for him the last 10 days. The station, bogged down in a battle over whether Lydon had any ownership rights to the show, simply locked him out a week ago Friday, saying that for at least two weeks he would have to listen to someone else man his microphone.

The dispute is interesting enough on its face: Lydon says that, like WBUR compatriots the "Car Talk" guys, Bill Moyers or Charlie Rose, he and his staff deserve an ownership stake in his show, and should profit from it as more and more public radio affiliates place it on their schedules. Management says no, that the station owns the show and that public broadcasting shouldn't be about making profits.

But all of it only really matters because of this: "The Connection" is the best call-in radio show that anyone's ever done; Lydon is America's best interviewer; and the hours between 10 a.m. and noon feel lonely as hell without him.

Those are large claims, but you can test them out for yourself at theconnection.org, where a full archive of recent shows can be accessed via streaming audio. Maybe you'd enjoy Paul Theroux on why we love wicked books, or Chris Cerf on 30 years of "Sesame Street," Lorrie Moore, Illinois Jacquet, David Halberstam on the art of rowing, Arthur Danto on "Where Is Beauty in Modern Art?" Maybe you'd like to program your fantasy film festival, discuss the structure of algebra, hear from Lou Reed or spend an hour learning about Nigeria.

Lydon devotes an hour or two most weeks to some contemporary political issue (after the first 10 days of the Florida recount story, he found some of the only interesting angles), and he gets the authors of the big books while they're out on tour. But what sets him apart is the ability to discuss the poetry of Wallace Stevens back to back with the last episode of "Seinfeld" -- followed a couple of days later by Loudon Wainwright III, and then Robert Coles on "The Great Gatsby."

And it's not just the topics -- it's the flow. The reason all talk shows, even good ones, sound alike is that they follow a predictable rhythm: The host tees up an issue, the guest takes a swing, and 18 holes later we're finished. You can usually guess the answer before it's given; politicians simply repeat their stump speeches. It's the exceptions that prove the rule. For instance, Terry Gross, host of "Fresh Air," mixes it up wonderfully -- but even her job is relatively simple: one guest at a time, usually from the world of popular culture, and no callers to deal with.

Lydon's great love is jazz, and he no-doubt-about-it swings: Conversations go off in different directions, or circle back to sore points. You can hear guests, even those zombies out on book tours, think aloud about some new tack on their subject. Lydon will solo for a long minute, showing off a very-nearly-but-not-quite annoying erudition, then back off gracefully for a ramble from his guest, or interrupt abruptly with a call or two.

If you think this is easy, listen to "Talk of the Nation," the main NPR chat show, some afternoon. Juan Williams currently presides over the festivities, sounding uncannily like a man ordering cheeseburgers over a drive-through microphone. He is no nincompoop; "Eyes on the Prize," his TV history of the civil rights movement, was hot stuff. But the radio has clearly defeated him. With its intimacy and its acres of open time, it requires a nimbleness that he can't muster.

Other public radio talk hosts in different cities can be pretty darn good: Diane Rehm in Washington, Michael Krasny in San Francisco and so forth. But in my years of listening, and my years of book touring, only John Hockenberry, who ran "Talk of the Nation" before he disappeared into the television, came close to Lydon. (Full disclosure: I've been on most of these shows, including Lydon's, and on "Talk of the Nation," though not with its current host. Terry Gross has ignored the repeated begging of my various publishers, and the "Car Talk" guys failed to respond to a query about the starter on my 1981 Honda Civic.)

The reasons go beyond Lydon's unusual set of skills. He also has a hard-charging staff, anchored by Mary McGrath (whose brother Chip -- further full disclosure -- was the anchor of the New Yorker in my years there, and now edits the New York Times Book Review). In fact, to watch them work reminds me of nothing so much as a fighter and his cornerman. McGrath in the control room gestures and signals, whispers through his earpiece and rushes in during the station breaks; her caffeinated drive clearly makes his cool possible. (WBUR locked McGrath out, too -- most of the rest of the show's staff walked out in protest of the station's treatment of the pair.)

The final secret ingredient is the callers. Somehow the producers manage to weed out the political diatribes, the obvious bores. If Shostakovich is the subject, you're likely to have the principal violinist from some metropolitan symphony ring in with tales of the great man. The program shows its Boston roots whenever a graduate student phones up with the latest au courant notion of genre film or gene-splicing. Listening in, you can convince yourself you live in a civilized society.

WBUR can argue all it wants that it somehow created this alchemy, but though it surely played some role, the mark of individual ingenuity is much too strong for anyone to take the claim seriously. The station's other two nationally beloved shows -- "Car Talk" and "Only a Game" -- are similarly idiosyncratic, wonderful in ways that no committee could invent. Bostonians, in fact, can judge all too easily just how successful WBUR is when it tries something on its own. "The Connection" is followed immediately by a local news hour, "Here and Now," which manages to create a radio version of happy-talk television news without even the fires and car crashes to break the jovial monotony.

The station's management has attempted to paint Lydon and McGrath as greedy, in part by leaking the salaries they'd been offered if they'd stick with the current ownership deal: $230,000 annually for Lydon, $150,000 annually for McGrath. That's a lot of money, and it clearly has saddened some of their otherwise devoted listeners who've been debating the controversy on the program's bulletin board. For me, it mainly raises the worry that they'll eventually manage to turn into rich people -- either uninteresting or dilettantes, free from the moral, practical and emotional urgency that fires the show at its best.

If anyone's worth the money, though, it's them: Two weeks of strike baseball has left loyal listeners rolling their ears. We want discussions of living on a kibbutz, we want Mark Morris talking dance and we want Donald Hall on the poetry of grief. What if we're missing a show on, say, the Song of Solomon and sex in the Bible? Or John Kabat Zinn on "What Your Children Can Teach You"?

Dave Brubeck is in town next week, and I want to hear him talk -- talk to Lydon. If the real "Connection" isn't back soon, some of us may actually have to spend the mornings working, just for lack of an alternative.