Sing with me 'til the pain goes away

The healing powers of the Eminem/Elton John-style duet are limitless. We have some ideas. 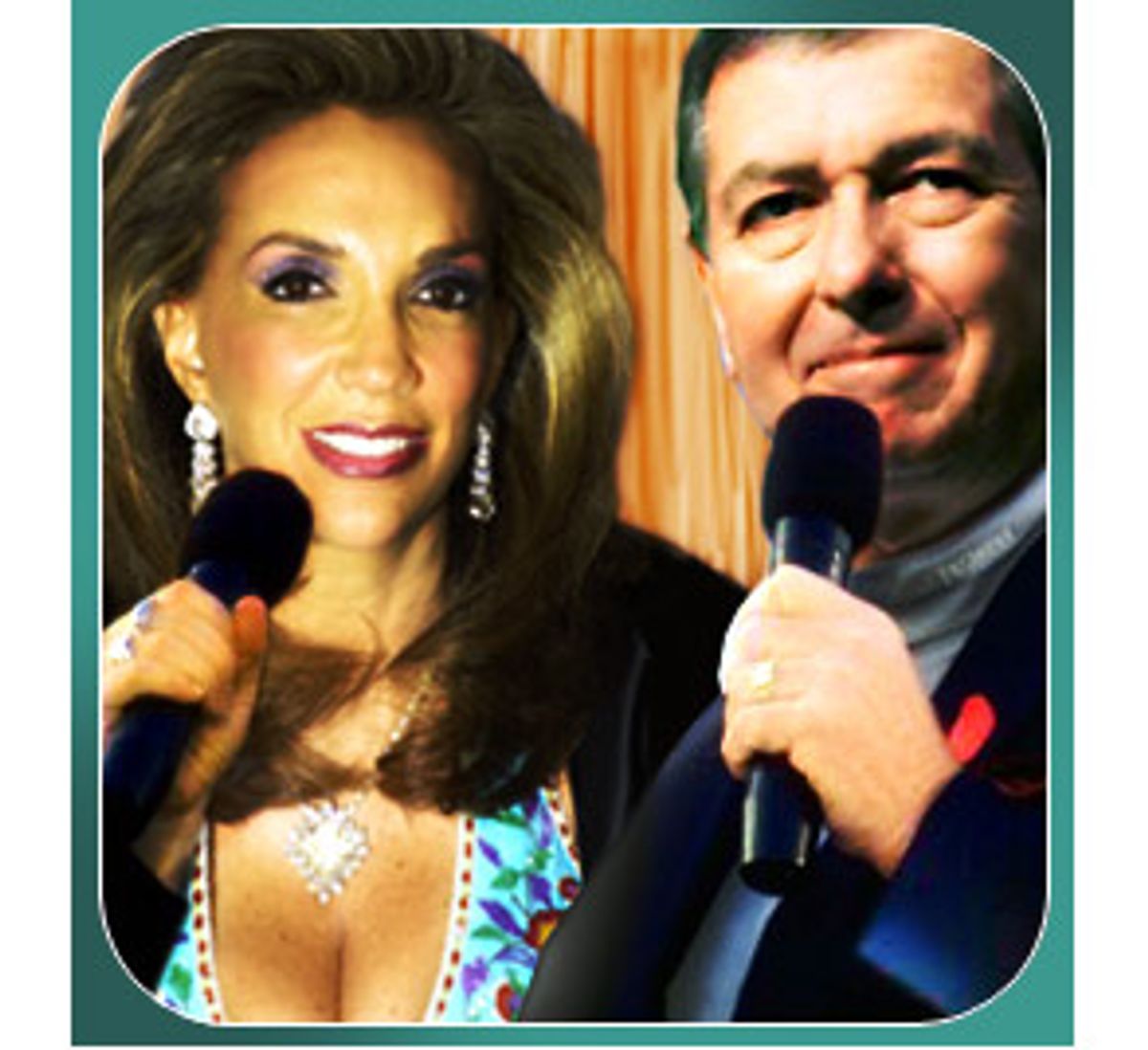 Recently, Ricky Martin's management called up dance master, provider of car-commercial background music and one-time Calvin Klein model Moby and asked him if he'd like to "do something" with the former Menudo member at an event in Florida this winter.

But even Moby, it turns out, has his limits.

The electronic musician, who has been keeping an online diary in which he records all the exciting things that happen to him on tour, replied that he would be delighted to team up with Martin under one condition: "That he publicly apologize for performing at George W. Bush's Inauguration, and if he confirms that when he danced next to George W. Bush at the Inauguration, he could smell brimstone and that George W. Bush is in fact the spawn of Satan," Moby wrote. "Otherwise, no deal."

Is it something Martin did?

But given how all that Grammys-sponsored hugging and hand-holding paid off for natural enemies Eminem and Elton John (Interscope Records and the National Academy of Recording Arts and Sciences decided yesterday to release the duo's shock harmony as a commercial single), we wondered: Should the smallish dance wonder be so hasty in dismissing one whose views are fundamentally opposed to his own? Could Moby be underestimating the healing power and bankability of a controversial duet?

Just think of what it did for Timothy Leary and G. Gordon Liddy back when they were touring college campuses in the '80s.

This got us thinking about all the people in need of healing, image rehabilitation and, in some cases, cash who could benefit from performing unlikely duets together. Some of these people, we discovered, have even written songs of their own. Others have made statements, or recited lines in films. We're simply helping them ease their wisdom into a duet format.

Naturally, we turned first to Puffy.

After a busy week of denouncing the "Survivor" pig slaughter, the People for the Ethical Treatment of Animals now turns its attention to the fur-wearing artist with enough problems already, Sean "Puffy" Combs. Appalled by the musician's furry couture collection, PETA plans to plaster New York with posters featuring Puffy, a caption reading "Accessory to Murder" and a small, skinned animal.

"This is a blatant attempt to exploit Mr. Combs' celebrity," a Puffy spokesman told the New York Post.

We agree. So why not exploit it musically, in a way we can all enjoy? It might go something like this:

Say goodbye to the bad guy
'Zy rollin' with my cateye, deadeye
Ain't afraid to flame a rat up

My album hit the shelves
We hustle for record sales

Puffy has blood on his hands.

(Lyrics to "Angels With Dirty Faces" written and performed by Sean "Puffy" Combs. Statements by People for the Ethical Treatment of Animals.)

The fundamentalist attorney general, who's also a piano-playing baritone, and the socialite ex-wife of pardoned fugitive financier Marc Rich have more in common than legal headaches and outspoken detractors: They share a love of music. In 1995, Ashcroft released a cassette of original songs called "Gospel (Music) According to John," only eight years after Rich produced her own solo album, released only in Europe. Rich is also is a thrice-Grammy-nominated songwriter who, ironically, earned one of those nominations for a duet performed last year by Aretha Franklin and Mary J. Blige; Ashcroft is a former member of the Trent Lott supergroup the Singing Senators.

A duet, which could go a long way toward bridging the gap between Democrats and Republicans, might go something like this:

Sure, they're friends. But after Jack Nicholson shacked up with neighbor Marlon Brando this week, we couldn't help wondering what a musical collaboration between two of Hollywood's most legendary bad boys would sound like. Would it, well, would it sound a little something like this?

You can't handle the truth.

Instead of a lousy bum
Which is what I am.

You can't handle the truth.

You make me want to be a better man.

I could've been somebody.

You make me want to be a better man.