In front of students, the former vice president is unfailingly polite during his "interview" with the titan of conservative media. 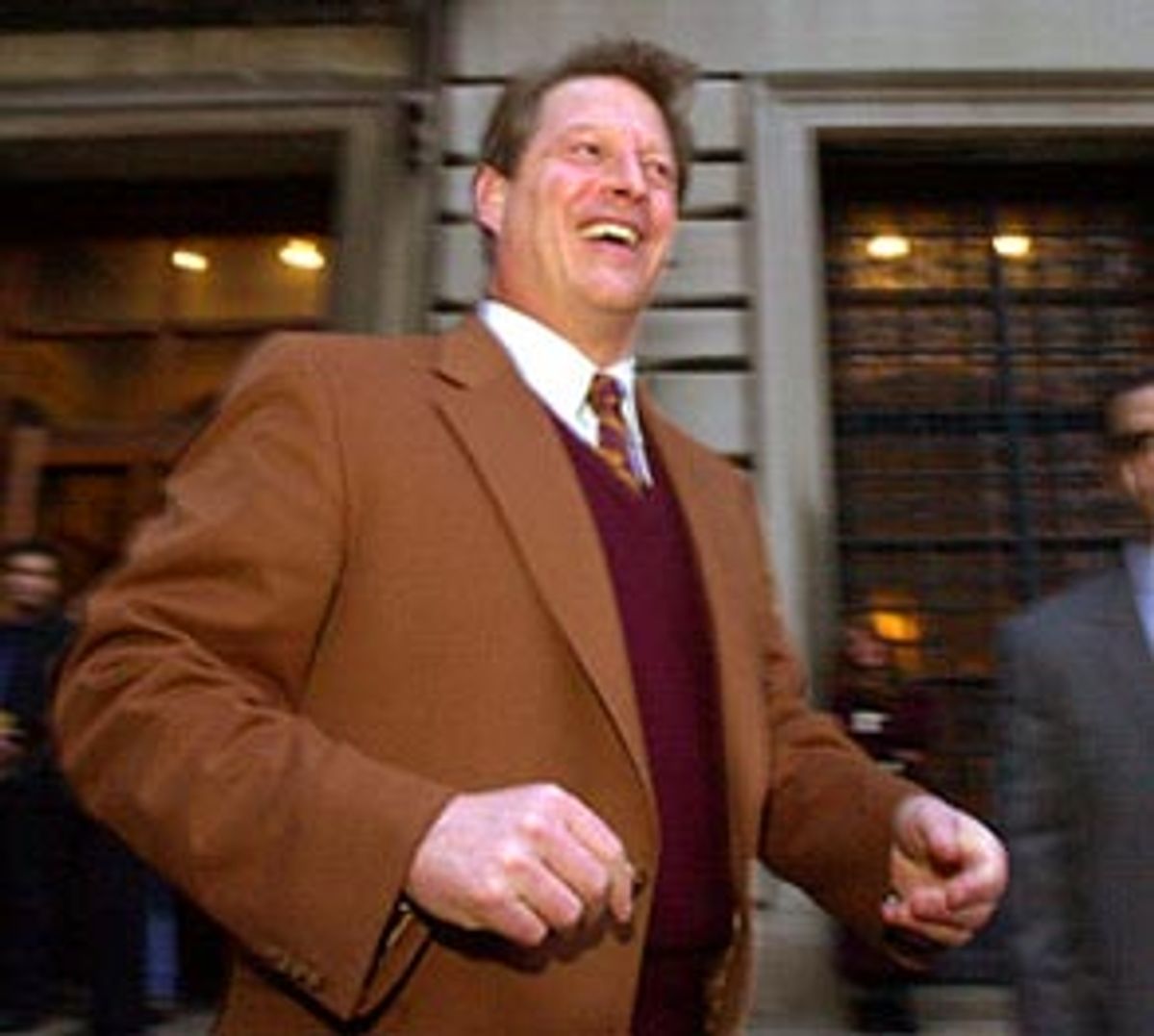 Al Gore has served considerable time in hell during the past three and a half months, and on Wednesday, the day following George W. Bush's first speech to Congress, it must have felt like he had invited the devil himself to town: Rupert Murdoch was to guest star in "Covering National Affairs in the Information Age," the journalism course Gore teaches at Columbia University. Prospects for combat, or at least some fun, seemed bright. Would the former veep drop his gloves and hit the Fox arch-baron for his relentless tabloidization of news, for his papers' and cable news network's mercilessly right-wing political coverage? For "Temptation Island"?

Not a chance. Gore 2001 has apparently applied his doggedness to the role of white-gloved academic, and as he conducted the session as a long interview, he asked Murdoch persistent but utterly courteous questions and offered few opinions of his own, according to sources who attended the class. As for Murdoch, he came across as classier than the Neanderthal some students had anticipated.

"Gore was very polite. He thanked Murdoch three separate times for coming," says Elizabeth Fogerty, a student. "He asked really good follow-up questions, but I don't think he really gave his impressions of the answers. And Murdoch seemed like an OK guy. I was expecting an odd, boorish loudmouth, but he wasn't at all. They had a really nice rapport."

Murdoch did not deliver prepared remarks; instead, Gore lobbed queries at him for the first half of the 90-minute class, then opened the floor to questions. As one student put it, "It was a Larry King sort of show that moved on to a Phil Donahue sort of show."

The two spent much of the session discussing the first "question to think about" on Gore's syllabus: "What is the proper role of a media proprietor?"

According to students, Murdoch said that it is "absolutely important" for his newspapers, which include the New York Post and London's The Sun, to "have a strong point of view" (an example, perhaps, is the Post's recent "New York to Hillary: WE DON'T BELIEVE YOU" headline). But he maintained that his burgeoning American TV news network, Fox News, has offered neutral coverage: "I challenge anybody to show me an example of bias in Fox News."

And for the most part, nobody did. Student Adam Pergam asked Murdoch about John Ellis, the Bush cousin who headed Fox's decision desk on Election Night, when the network was the first to give Florida to Bush, only to later retract its call. "He didn't see a real big problem with it," Pergam says. "He said the guy had worked at NBC in a similar position." And that was it. There was not much of a discussion about Roger Ailes, the Fox News chief who, in his previous incarnation, had worked for Richard Nixon, Ronald Reagan and the first President Bush. Or, for that matter, of Tony Snow or Bill O'Reilly.

Gore has taken predictable heat for barring the press from his class -- much of it from media types who just as surely would have accused him of grandstanding had he allowed cameras and notebooks to enter -- and he and his guests are still feeling their way toward speaking comfortably in front of students who are not allowed to write about the sessions but can talk about them. Partly as a result, Murdoch exhibited restraint in several of his answers. "I think Gore was trying to get him to talk about his role in shaping the political bent of Fox News and the New York Post, but he kept focusing on the business side," says Fogerty. At one point, Murdoch, who owns a large newspaper and one of four main television stations in Australia, actually said he didn't think it would be fair to own another TV station there -- it would give him too much control of the media market.

According to another student, Murdoch noted that, with the exception of a single donation in his native Australia, he never made political contributions before he acquired American media properties. Of course, he learned pretty quickly how to gain access to politicians in the U.S.: These days, his News Corp. is the No. 1 sponsor of political junkets, spends $1.5 million a year on lobbying and has distributed millions more to support friendly campaigns. Murdoch then related humorous tales about Ted Turner putting lawmakers on CNN in its early days and hoping the pols would tell their local cable systems to carry his channels.

Like everyone else involved with the Web, Murdoch can't figure out how to make money off content, which is why Fox has pulled back from investing in the Internet, he told students. He discussed alternative revenue sources, such as auctions, for content-based Web sites, but said that from his perspective, banners and pop-up screens aren't likely to work as advertising revenue sources. "If they tried to put them on your TV," one student quotes Murdoch, "you'd instantly change the channel."

So, while Gore might not have proven himself the most aggressive inquisitor against the titan of conservative media, he at least might have walked away with one comforting message: Rupert Murdoch can lead Newt Gingrich to a TV slot, but he can't make us watch him.

Peter Keating is a writer in New York.