David Arquette, a kid and a cute dog promise some old-fashioned "Three Stooges" comedy. Nyuk, nyuk, not even. 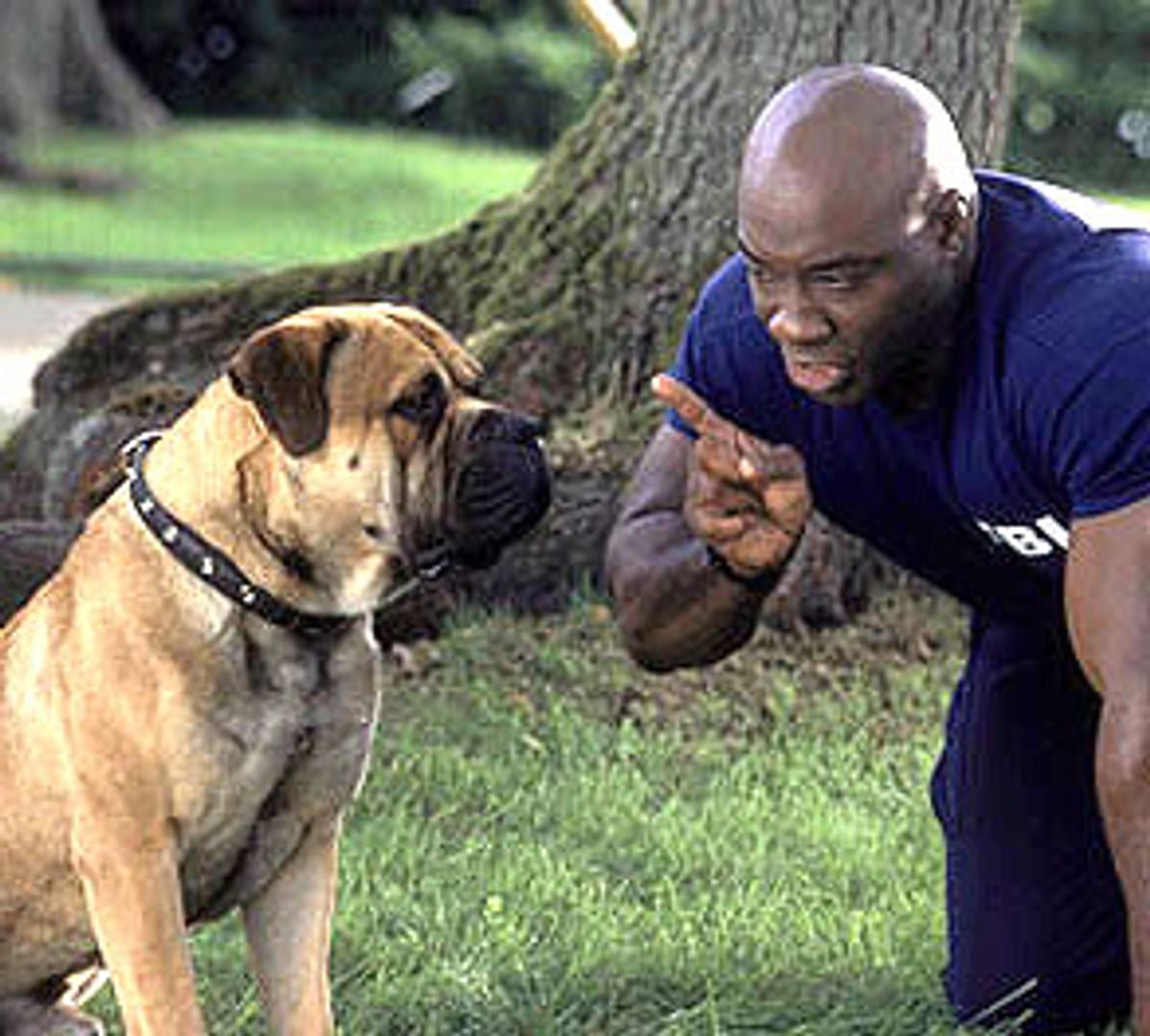 How do you screw up a family movie that has a cute bull mastiff, a cute 6-year-old and David Arquette playing a mailman? Apparently by unleashing half a dozen writers to gnaw it to pieces and entrusting the result to a TV director (John Whitesell of "Cosby" and "Roseanne") with little sense of how to tell a story longer than six minutes. "See Spot Run" keeps promising to deliver some high-octane, Three Stooges-style physical comedy, but in fact it's a wheezing, underpowered affair that pads two amusing scenes out to feature length with some canned sentiment, lame ad-libs and break dancing. This makes two dull comedies in two months (the other being "Double Take") in which the story, such as it is, stops dead somewhere in the middle so the characters can milk a few laughs by busting a move, "Electric Boogaloo" style.

Now, I'm what you call a hardcore Arquette fan. Of course I dug him as Deputy Dewey in the "Scream" series, and his recurring commercial role as the collect-call spokesdork is irresistible. As far as I know, I am the only adult in the United States who saw and enjoyed "Ready to Rumble," in which Arquette played a septic-tank-cleanin' wrestling fan. (Many of you out there in Internet land wrote and encouraged me to adjust my medication.) So I was all excited about seeing Arquette, in his denser-than-a-black-hole persona, match wits with a little kid and a hound dog and come out third best. He performs a dance called the "George Jefferson"? Bring it on. He drives a van for the "U.S. Mail Service," whose slogan is "We Bring Your Mail"? I am so there. (Actually, that might be the funniest thing in the whole movie.)

Sadly, except for the irrelevant clowning of Anthony Anderson, the beefy comic who has similarly cheered up the backgrounds of "Romeo Must Die" and "Big Momma's House," "See Spot Run" is mostly a bore. Gordon (Arquette), our inept letter-carrying hero, winds up babysitting 6-year-old James (Angus T. Jones) for a few days, mostly out of a desire to get jiggy with James' mom, Stephanie (Leslie Bibb, whose athletic physique is a regular feature of the WB's "Popular"). Somehow -- and I honestly can't explain how -- they get involved with a good-natured mastiff who is actually an FBI dog on the lam from the mob, having munched the gonads of boss Sonny Talia (Paul Sorvino, who may, in his hundred or so movie roles, have done one this embarrassing before).

OK, Arquette is genial enough as a guy who feels like he has enough responsibilities without a kid and a dog: "remembering to floss, feeding my fish and at some point returning 'The Matrix' to Blockbuster." But an awful lot of "See Spot Run" is occupied by watching James eat sugar cereal and Spot refuse to fetch while we and the characters -- who include Michael Clarke Duncan as the missing dog's heartbroken FBI handler -- wait for something to happen. Now, the scene where a pet store is completely destroyed while Gordon is paralyzed by sea urchins and wrapped in plastic is worth seeing, and if you're at the mall theater with a bunch of kids their giggling will wake you up at this point. But the other scene that made me laugh is, in essence, about stepping in dog excrement with bare feet. It features Arquette wailing, "I'm covered in caca!" Hey, he said it, not me.