Schools need to teach our kids how much they matter. If they don't, we will see Santana and Columbine copycat shootings again and again. 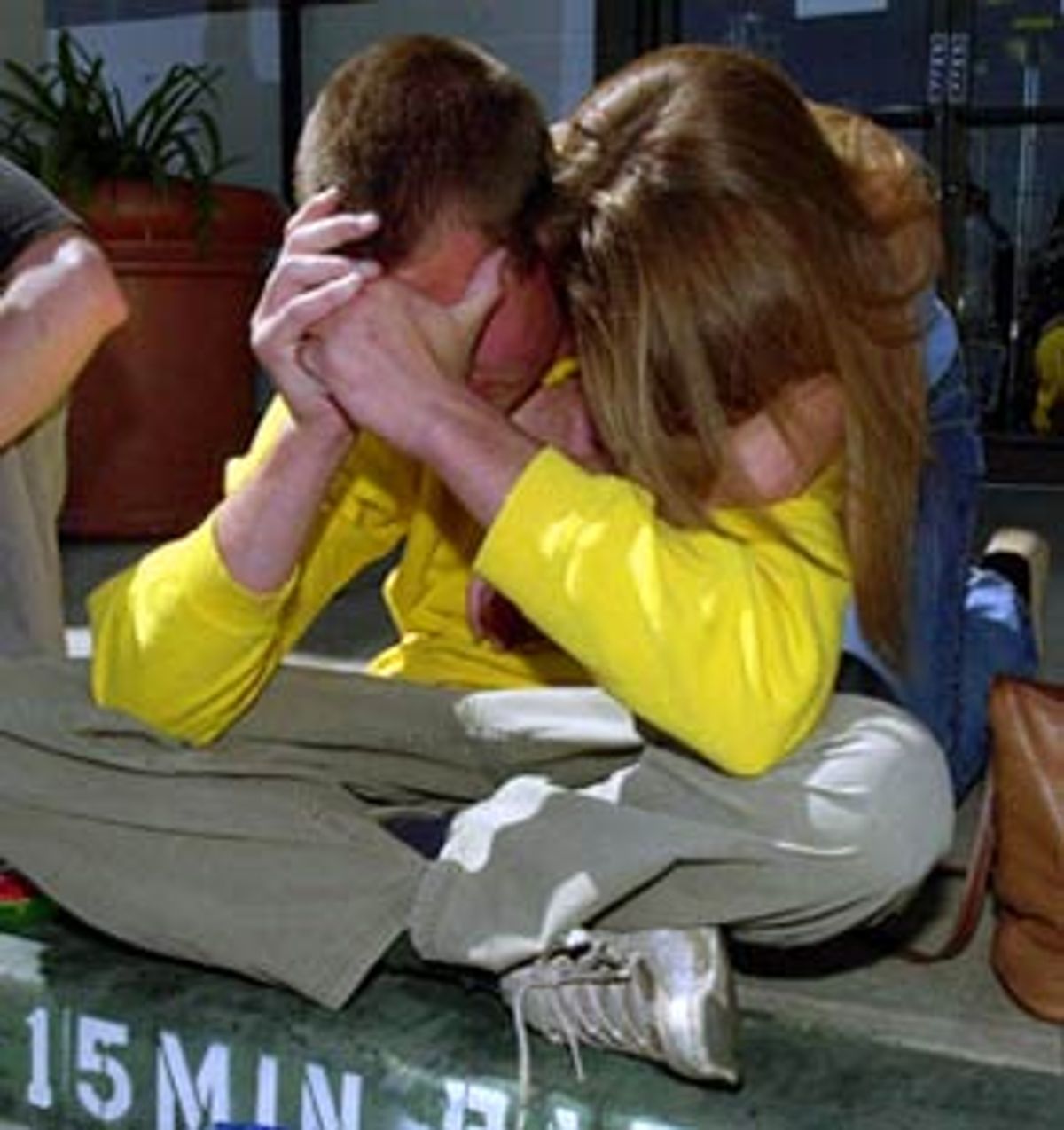 The news is all too familiar: Another school shooting, two teenagers dead, 13 injured, thousands traumatized. The heart aches, although we've seen it all before: the sobbing girls, their blond ponytails whipped across their crumpled faces by the winds gusting from the choppers overhead. The fathers, stunned with horror and relief, clutching their not-shot, not-arrested, not-dead crewcut sons to their chests. The mothers running toward the empty school, crossing police lines, dodging ambulances and reporters, screaming their children's names. We've seen it all before, but each time, the heart is ripped again.

The kids are white again: the shooter and the students he shot. The shooter is a boy again -- this time he's 15, a freshman -- and once again, he's a kid who got picked on at school all the time. It's another large suburban school -- there are 1,900 kids at Santana High School, in Santee, near San Diego. We don't know much about the boy who did the shooting yet, but from early reports he fit the increasingly familiar profile of the schoolyard gunman -- a white teenage boy, a misfit, in a large suburban high school.

According to his best friend, the shooter bragged all weekend that he was going to do this on Monday. He even invited his friends to join him. "But we said no," his friend says.

"Did he have access to guns?" the reporter asks the peach-fuzzy 14-year-old. The boy nods, yes. "His dad had lots of guns," he says, and rattles off their calibers.

The mind struggles to understand -- How did he know all that? Did these boys play with guns? Did the father take them shooting? But the reporter is on to the next question. "Why didn't you tell anyone that your best friend was threatening to go to school on Monday and shoot a whole lot of people?"

"At the end of the weekend he said he was just kidding," the friend answers. "I didn't want to get him in trouble if he was just kidding." Against the background audiovisual of sirens screaming around him, his bleeding, dazed classmates being loaded onto gurneys, the SWAT teams sweeping the campus for bombs, the boy adds, "Anyway -- he's not the kind of kid to do something like this."

Apparently, though, he is that kind of kid. And just exactly what kind of kid, the politicians, pundits and psychologists will spend the next days and weeks pondering, is that? These few things we know.

Was he the kind of kid who told these children and adults what he was planning in hopes that they'd believe him, and stop him? Or the kind of kid so used to being disregarded or disbelieved that he spent two days threatening to execute his classmates without fear that his plan would be interrupted?

Was he the kind of kid who looked at every adult who crossed his path at school each day, wondering if this teacher, that coach, maybe the librarian, was someone he could talk to, someone who might have the power to rescue him from his private adolescent hell?

These things we may never know.

"We've had drills for this kind of thing," the distraught principal tells the battalion of reporters, flown instantly to the scene, jostling for position at the impromptu press conference. "We were prepared." Prepared for a 15-year-old opening fire in the boys' bathroom? Are we meant to be reassured?

"I should have turned him in," says the best friend's father. "I'll never forgive myself."

"The best prevention for a tragedy like this," says our new president, George W. Bush, as the cameras click and whir, "is to teach children the difference between right and wrong."

The difference between right and wrong. And what, exactly, is that?

Is it right or wrong that we send our teenagers to overcrowded schools the size of factories, staffed with teachers paid (in California, home of this latest high school tragedy) two-thirds the salaries of prison guards, and "counselors" assigned to several hundred students apiece, thereby guaranteeing that few if any adults on campus know our kids' names, let alone what they need?

Is it right or wrong that we know perfectly well what works for our teenagers -- they need smaller schools and classrooms, staffed by professionals with time to get to know them, a rigorous curriculum with solid links to the world of work and community around them -- and yet we provide this only for a minority of American kids, most of them the lucky few whose parents can afford to send them to private schools?

Is it right or wrong that most of our children grow up knowing that they're not worth to us what affluent kids in private schools get: the small, well-equipped campuses; the challenging, intimate classes, staffed by teachers who hold their students and students' families accountable, and who are themselves held accountable for teaching and caring for their students? Do we think it's an accident that these types of shootings simply never occur in private schools?

The hue and cry that will arise in the wake of the San Diego school shooting is as predictable as death and taxes. Many will blame the parents. Many will call for metal detectors and zero-tolerance policies in the schools. Others will call for gun control, for prosecuting minors as adults, for building new juvenile detention facilities and jails. We will probe the emptiness of our culture; we will bemoan the alienation of our youth.

In the course of writing and promoting my last book, "Class Dismissed: A Year in the Life of an American High School," I spent time in all kinds of high schools, all over the country. I saw kids at the edges of their seats, on fire with learning; I saw many more kids sleeping through their classes and their lives. I saw schools whose idea of violence prevention involved metal detectors, security cameras and locker searches; I saw private schools and small schools within large public schools -- "alternative learning communities," "academies," "remedial programs" -- that protect, and educate, their kids by knowing and caring about them.

As long as American public schools are monuments to our ambivalence about what, exactly, our children deserve, our teenagers will rightfully conclude that nothing they feel, or learn, or do, really matters. We have seen the consequences of that conclusion, and it is deadly.