Uniforms have always been about servitude, but the degradation thing is new. 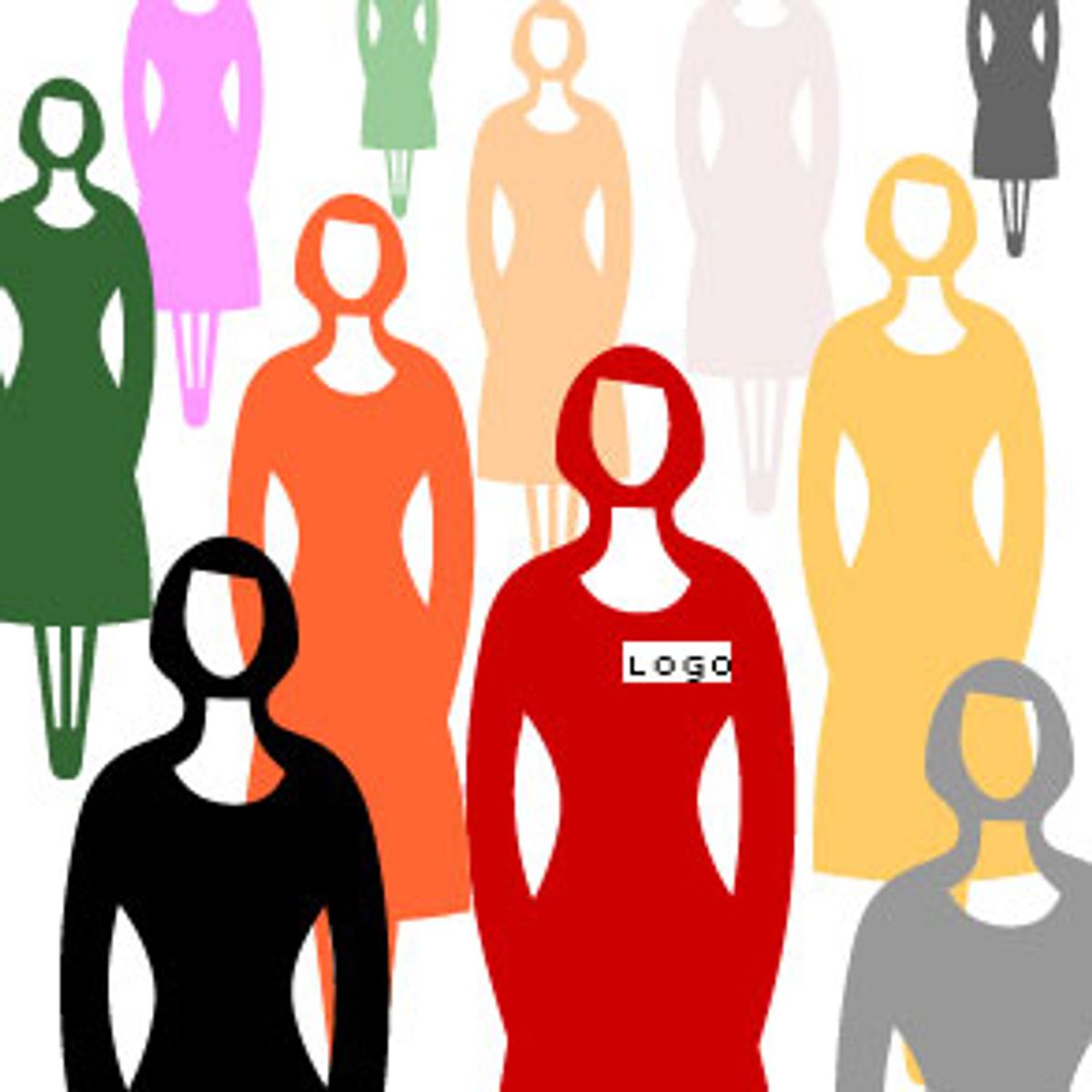 In the cult teen movie "Fast Times at Ridgemont High," Judge Reinhold quits his job at a fast-food seafood establishment rather than suffer another moment of humiliation driving around the San Fernando Valley in an oversize pirate's hat. Meanwhile, Brian Backer, the shy kid with a secret crush on Jennifer Jason Leigh, embodies the docile dork in his too-formal movie usher's costume.

In recent years the work uniform has symbolized servitude and degradation. For those who aren't obliged to wear them, the idea of reporting to work in a loud, HQ-supplied smock constructed from space-age polymers seems as depressing as spending the day asking, "Do you want fries with that?"

But for all the mortification they have inflicted on modern minimum-wage slaves, uniforms were not always considered a source of embarrassment and humiliation. The traditional occupational uniform was intended not only to separate the servers from the served but to elevate their status in professions that otherwise had none.

Recent decades have seen an explosion in the number of people who wear uniforms to work; an estimated 10 percent of the American workforce is required to wear them every day. Not surprisingly, the corporate apparel business is booming. The National Association of Uniform Manufacturers and Distributors -- a non-for-profit trade group for the uniform industry boasting over 450 members -- estimates that the industry is worth at least $6 billion, with companies like McDonald's spending as much as $60 million a year on their employee uniform "programs" (industry jargon for the full line of uniforms created for a company).

Meanwhile, recent years have given rise to the "non-uniform" uniform, a roomy, unassuming ensemble like the one favored by most un-uniformed corporate employees. (In school it's called "free dress.") Chain store personnel and other staffs just one step above fast food now spend their days smiling and repeating scripted greetings at Starbucks, Office Depot or the Gap decked out in the trappings of a white male executive at leisure. The standard work uniform is often nothing but a poly-cotton blend golfing ensemble. The corporate casual "revolution" was meant to be democratizing; so the sartorial difference between the casual executive and the minimum-wage drone is often limited to the discreet corporate logo that the latter wears on his or her chest.

"Companies are not unaware of the fact that logo shirts and caps constitute great free advertising that helps promote the company in a lateral, almost subliminal way," says historian Peter Dervis, who was educated at New York University and Columbia and serves as the NAUMD's archivist and historian.

"There are two things going on here. Companies make the uniform 'not a uniform' by making it look casual. And then they nullify the casual aspect of it by putting people in something that advertises who they work for."

Historically, uniform-wearing workers of low status were not considered valuable advertising tools for their employers, but that has changed in recent years. The rise of the "corporate casual" uniform reflects the way we think about class today. The chasm between rich and poor is wider than ever; but our work uniforms seem to reassure us that, dressed a certain way, we can all pass as middle class. And selling the middle class to the middle class is what corporate culture is all about.

As Gayle Christensen, managing director of corporate marketing for FedEx, told National Public Radio recently, "Your employees are your brand."

At first glance, these uniforms seem to have nothing in common with the occupational uniforms of the past two centuries, but a closer look at their history and evolution reveals that, under the surface, not much has changed.

In the 19th century, uniforms were meant to elevate the wearer to a higher status and so occupational uniforms took their cues from military ones. Public service was respected, so people in domestic or civilian service were elevated by the association.

"If you have a train conductor dressed in a brass-buttoned coat -- which at least has a vague association with the military -- you're going to accord that person more respect than somebody in an apron or in coveralls, whose uniforms are purely functional," says Dervis. "And you have to examine what that was about in the 19th century and early 20th century. The implications of that are very telling."

The photos of last year's Image Award winners make the point eloquently. The high-end hotel employees continue to allude to their past military-style glory in trimmed jackets and straight lines. The cinema worker is outfitted in informal attire, which, on closer inspection, is not so much casual as it is infantile. The model looks too tall, too old, too handsome to be dressed the way he is. And yet, one look at him and "Popcorn!" and "Candy!" jump to mind.

Ray Sinacore works in the "hospitality clients" department at Uniforms to You, a division of Cintas, and is involved in supplying career apparel to a range of companies, from industrial rental shops to casinos in Las Vegas. I asked him what is involved in creating a company's corporate apparel program.

"First, there's an input meeting. The designer goes to the property, and depending on the property, he meets with the rooms division," he says. ("Property" is insider jargon for hotel.) "The designer gets input on colors depending on the design of the room, or finds out if there is a theme; for example, Colonial Williamsburg or Aladdin Casinos. The goal is achieving the image the client wants to project."

"Colonial Williamsburg may want authentic colonial," he explains. "But we'd interpret that into uniform construction with modern fabrics. Are they standing behind a counter all day? Is there abrasion?"

Chafed colonists are not friendly colonists, and the entertainment-seeking visitor demands friendly. The consumer -- that deranged and much-sought-after human every-Pacman -- wants each moment of the entertainment experience to be an entertaining experience, including looking at the staff. At Aladdin Casinos, guests are greeted by male genies, served jalapeqo poppers by female genies and checked in to their rooms by imperious pashas.

"The front desk staff wear an Arabian sultan getup," Sinacore explains. "With the embroidered brocade and the long jacket."

Many five-star hotels, on the other hand, want their staff to look as though they wear Armani. "They want to set the employee apart from the patron," says Sinacore. "And they want to convey a professional look."

"Historically, whenever servers wore good clothes, there was always something to distinguish them and separate them from someone who was not a servant. The whole thing that happens in hotels today is that the people in service are going to be obliged to wear something that denotes their office. In England, this sort of thing dies hard."

I asked Sinacore if hotel workers don't often wind up looking better than their shorts and baseball cap-wearing patrons.

"Hopefully," he said, laughing. "Then we've done a good job."